The Vancouver Seawall is a lovely little walk you can do around the circumference of Stanley Park, starting and finishing in the downtown West End of western Canada‘s largest city. You’re treated to views of the city, the mountains, and the sea, all at the same time, as well as the Lions Gate Bridge, the tankers and cargo ships waiting out in English Bay, and, if your timing happens to be right, perhaps even a cruise ship arriving or departing.

Taking it clockwise, you start from First Beach on English Bay, near the intersection of Davie & Denman streets. First Beach is usually pretty busy and you may see the odd street performer doing their thing, but walking a bit further round you come to the much quieter Second Beach and Third Beach; all three beaches have nice views across the water to Vancouver West.

Soon after Third Beach you reach Siwash Rock; the lonely rock with its solitary tree cuts a striking figure against the views behind it, making for some great photo opportunities. 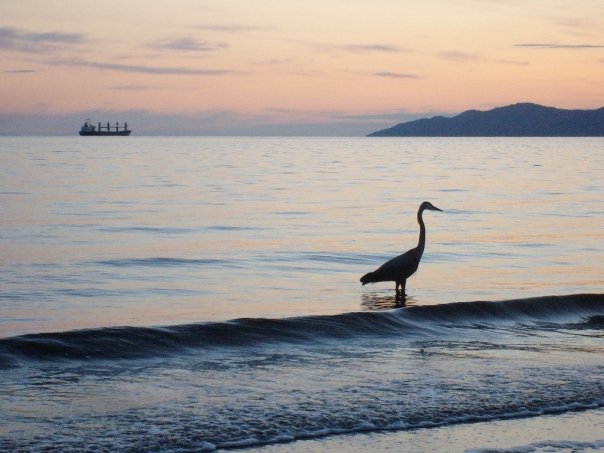 Beyond that point the views are of the North Shore mountains as you come around towards the towering Lions Gate Bridge, and once you pass under the bridge you’re looking over at the docks of North Van across Vancouver Harbour and then downtown Vancouver finally comes back into view. 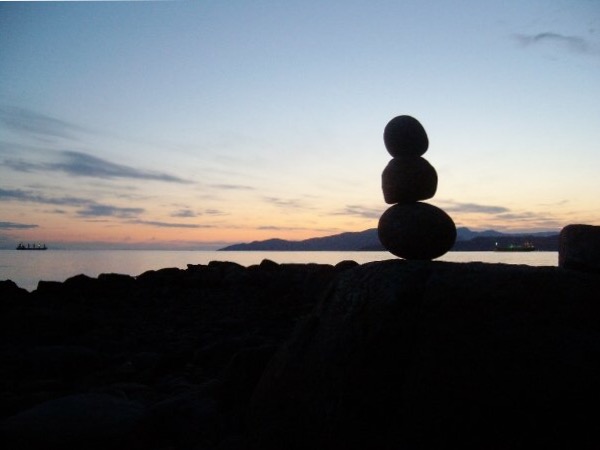 You can keep walking all the way along the waterfront past the seaplane terminal (it’s pretty cool watching them take off) to the Harbour Centre and Waterfront Station, but my preference is to finish the walk at the intersection of Denman & Robson streets to hit one of the many Japanese or Korean restaurants there for a post-walk feed. Kintarou ramen on Denman St is very popular (and gets long lines), though being more of a Sapporo (miso) ramen man my favourite Vancouver ramen joint is Santouka on Robson St. If you fancy an izakaya, Kingyo on Denman St is excellent, and if you fancy Korean food I’d make for Apgujeong on Robson St. 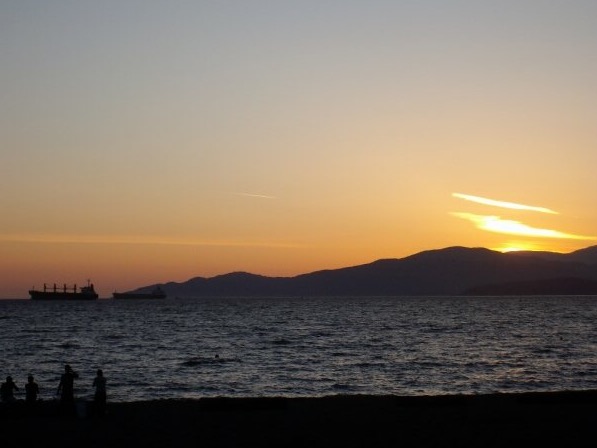 If you do the hike the opposite way, English Bay also has plenty of great food options and a few bars & pubs, especially on Denman St near the intersection with Davie St, so that’s also a good area for a post-walk feed. 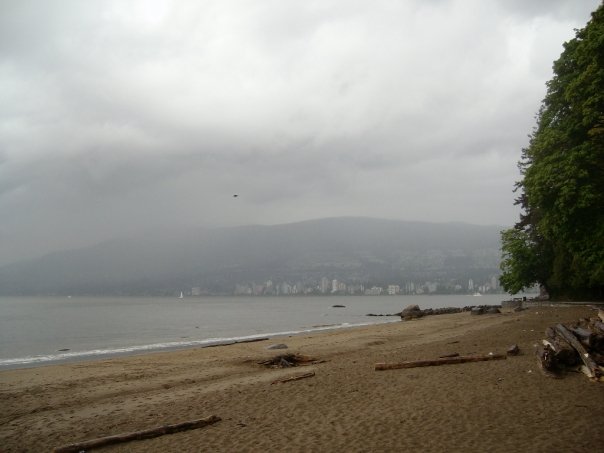 In addition to the Seawall, Stanley Park has a bunch of trails running through the forest, which are very lightly trodden compared to the Seawall with all its hikers, bikers, and bladers.

You can get up high on the north side of the park for a nice view of the bridge, and it’s also pretty cool to walk over the bridge – but only if you have a good head for heights! It’s a long drop to the water and the wind can really rip over the bridge so it feels quite exposed, though the barriers make it perfectly safe (the only way you’d fall would be intentionally – the helpline phones at the end of the bridge stand in melancholy testament to how often people unfortunately do so).

A word of caution though – once while walking along one of the park’s interior forest trails, I came across an unattended backpack sitting on a log in the drizzle; calling out I received no response, so decided to peak inside for some sort of ID or contact info etc, wondering if I should take it to the police or maybe just report it to them. Opening the side pocket, however, I found it to be full of syringes and men’s underwear; Vancouver has a serious homelessness problem which is in no small way connected to substance abuse issues, and I figured the owner was perhaps in the vicinity but high and oblivious to the world. If so, I didn’t want to remove their bag and perhaps all of their worldly belongings, and I also didn’t like the thought of a high homeless guy coming back for his bag and finding me looking through it, so I left it as was and hastened away. With that sort of possible scenario in mind, you may want to stick to the Seawall!

Walking the Vancouver Seawall from English Bay round to Denman & Robson takes about 2 hours at a medium pace; combined with, say, a coffee at the start in English Bay and dinner at the end on Robson St, it’s a great way to spend an afternoon in Vancouver.

For something a bit tougher you could tackle the Grouse Grind, though note it’s closed in the winter months (when you can go skiing instead!)