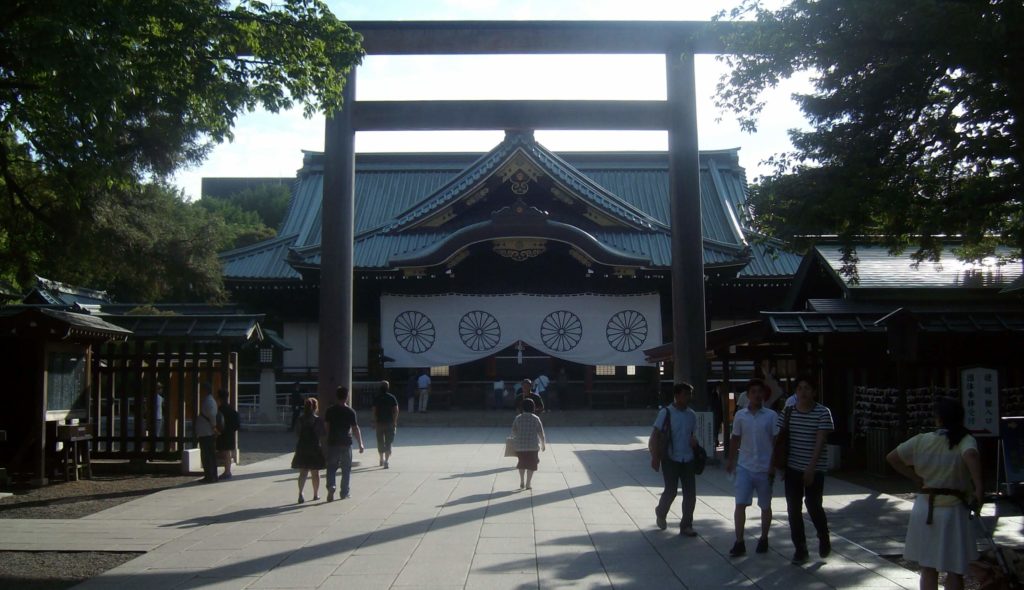 This isn’t a politics blog. But when I travel I like to learn about the history of the places I visit, and to at least somewhat get a handle on the political landscape. Fact is that politics & history are closely intertwined, and if you travel without paying any attention whatsoever to those things you’re travelling with your eyes half shut. I’ve also always found that the longer I spend in a country, the more I try to understand the politics – and there are some places you simply can’t write about without getting into the political stuff.

One such place is Tokyo’s oh-so-controversial Yasukuni Shrine, and the Yushukan war museum attached to it.

I honestly have to be careful how I write about this place – if any Japanese extreme rightwinger happens across it and takes exception, I’ll be in for all sorts of digital harassment shenanigans (just as a friend of mine was once targeted for writing about Japan’s whaling, despite his articles being very fair & balanced).

Yasukuni Shrine is for the enshrinement of the spirits of all those who die in service to the Emperor, starting from 1868 during the Meiji Period. Naturally that includes millions of Japanese who died fighting in WWII (the total number of souls enshrined is almost 2.5 million) – just as any other nation remembers its war dead, this is how Japan remembers theirs. Seen in that light it’s a somber and poignant place, and it’s a far cry from the lighthearted tourist fun you see at most Japanese shrines & temples – when I say ‘tourist’ here I’m including Japanese domestic tourists, who love to visit the famous shrines & temples of any place they take a trip to. But Yasukuni is different; it really feels like hallowed ground, and if you pull your camera out anywhere near the main altar the security guards will make it very clear you shouldn’t be taking pictures there (as my Canadian ex once experienced). The shrine’s also home to a large number of sakura (cherry blossom) trees, including the representative sakura of Tokyo (the tree by which the city counts the progress of the blossom season); when they bloom it’s a beautiful sight, and the pathways leading to the shrine are lined with food & drink stalls. And yet the mood within the shrine remains sombre – under the blossoms at Yasukuni was where soldiers promised to meet again should they fall in battle. 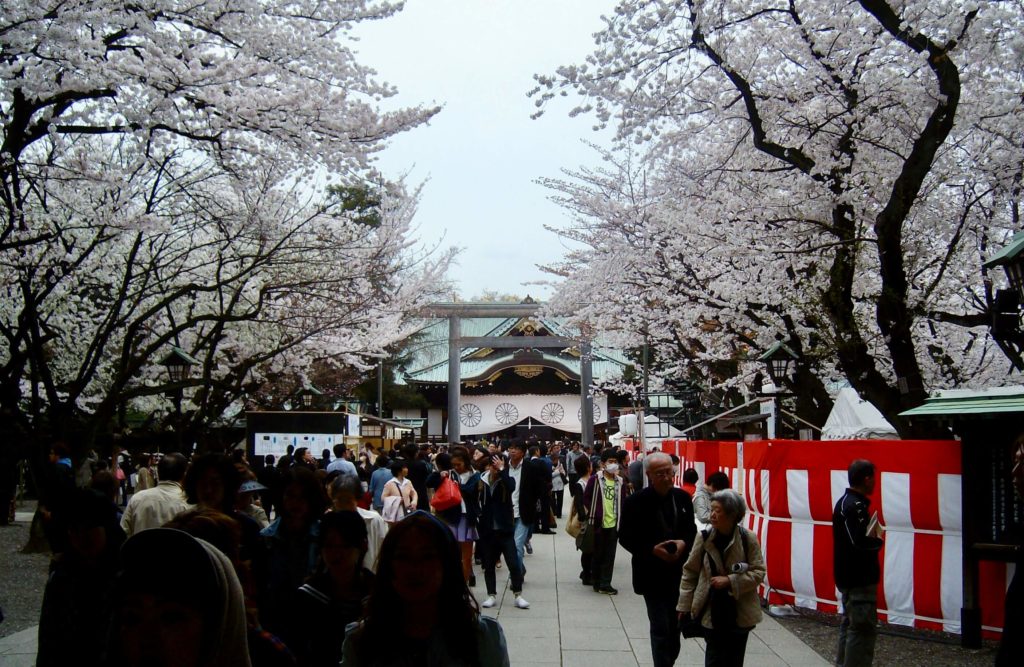 Which brings me to the other side to Yasukuni – the controversies and the nationalist whitewashing. Included among the millions of enshrined souls at Yasukuni are those of over a thousand war criminals, most controversially the 14 convicted class A war criminals held most directly responsible for the planning & execution of the war, men who were charged and sentenced for a range of severe war crimes – war crimes which remain a sore point in the countries most affected by Japan’s warmongering period. South Korea and especially China feel they’ve never received sufficiently sincere apology for what happened, and the enshrinement at Yasukuni of those sentenced as responsible makes it a political hot potato – the sitting Prime Minister doesn’t usually visit, but when Shinzo Abe did so in 2013 it kicked off another round of recriminations. Fact is that even though it’s by-and-large a shrine to young men sent to die in a war they probably didn’t want and certainly didn’t make happen, a tragedy which it is entirely understandable to commemorate, Yasukuni has become Ground Zero for Japan’s ultra hardline nationalist extremist groups. These are the groups of dickheads who drive around in black vans with loudspeakers yelling at foreigners to leave Japan, and who would like to end democracy and reinstate the old imperial system; on any visit to Yasukuni you’re likely to see a few of them parading around in WWII uniforms with fake guns, and possibly a black van or two parked out front with military insignia flying – I’ve even seen the flag of Manchukuo flying there (Japan’s old colony in northeast China i.e. Manchuria from 1933 to 1945). This guy was hilarious: 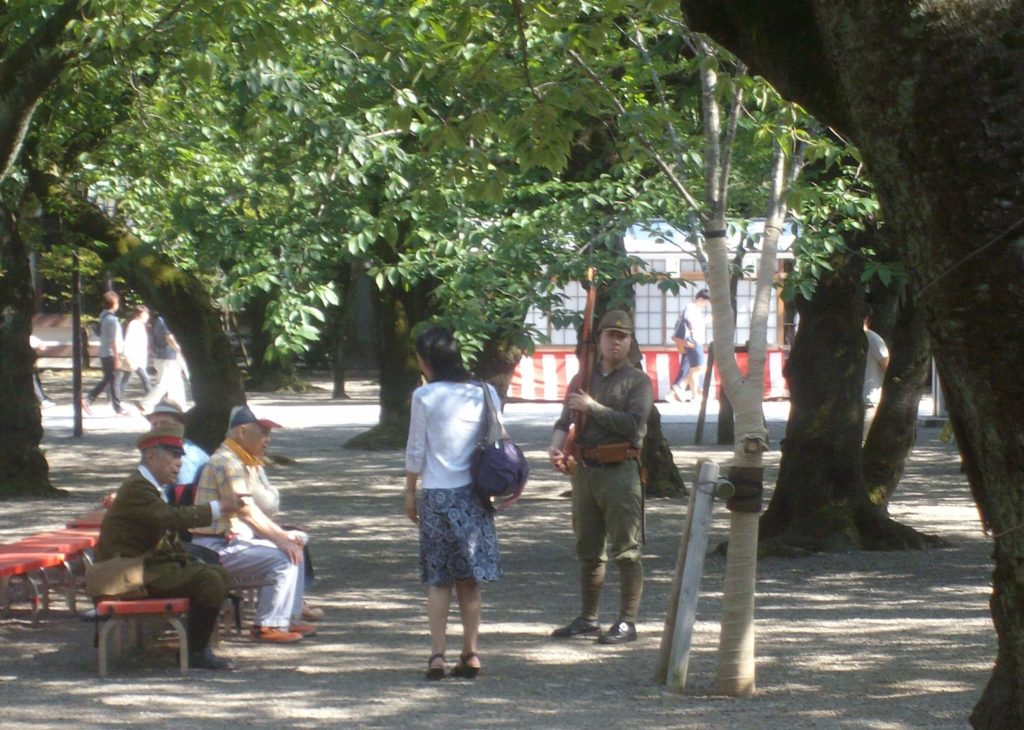 I was watching him do some marching drills when the machete on his rifle fell off; I had to stifle my laughter.

For these guys (these dickheads), Yasukuni is at the centre of their nationalist worldview, one in which Japan did nothing wrong in WWII and was victim rather than aggressor, in which Japan didn’t massacre hundreds of thousands in Nanjing (‘only ten thousand’ according to the repulsive Shintaro Ishihara), in which the biowarfare experiments in Harbin never happened, in which the comfort women were willing prostitutes, in which they were liberating SE Asia from Europe rather than taking it as their own domain. To see why, you just need to visit the Yushukan war museum; it lays the victimhood narrative out – Japan was engineered into attacking the US by an unfair American oil embargo (the embargo was actually enacted due to the massacres being committed by Japan in China) – while completely whitewashing the Nanjing ‘incident’. Here’s how the museum describes what happened in Nanjing: 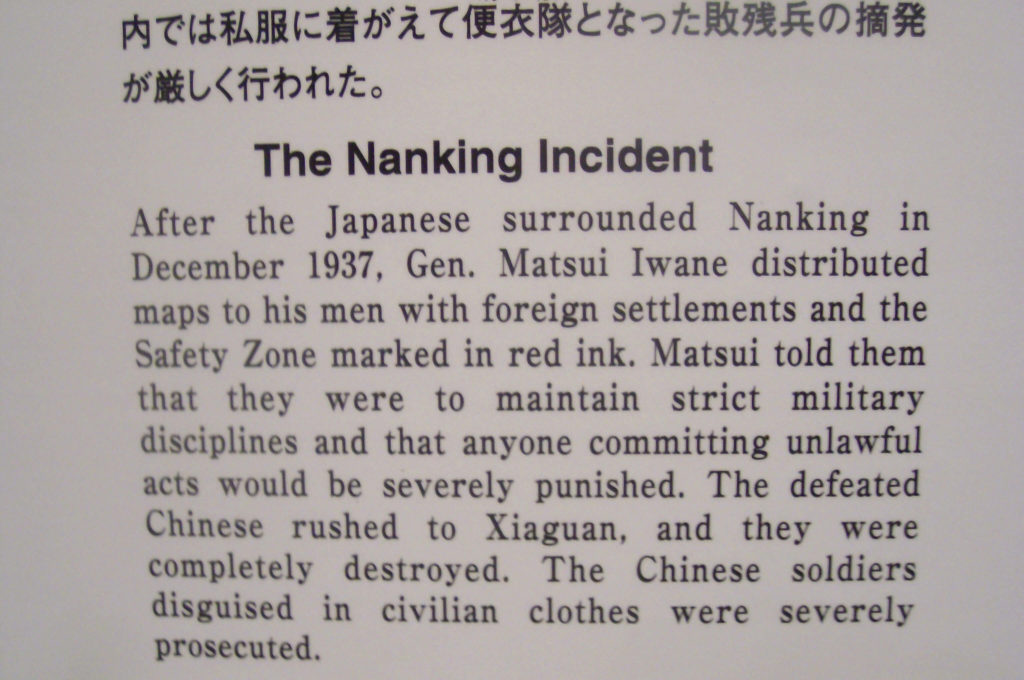 No mention of the estimated 200,000 civilians raped & murdered.

Having been to the memorial in Nanjing, I can say it’s also guilty of being a bit heavy on the propaganda – rather than simply serving the purpose of remembering what happened there, it does seem to be intentionally designed to inspire continuing hatred of the Japanese ‘devils’. So there are certainly issues there too; but nothing as blatant as the Yushukan simply pretending nothing bad happened.

The first thing you see when you step into the foyer of the Yushukan is this locomotive engine: 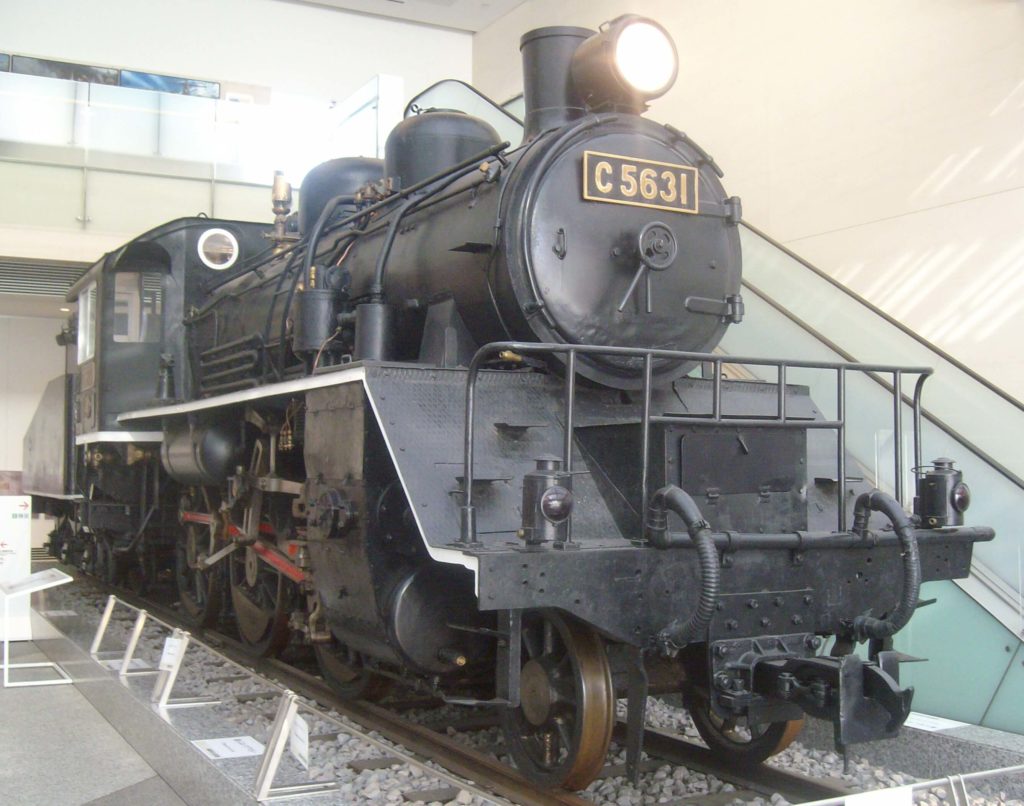 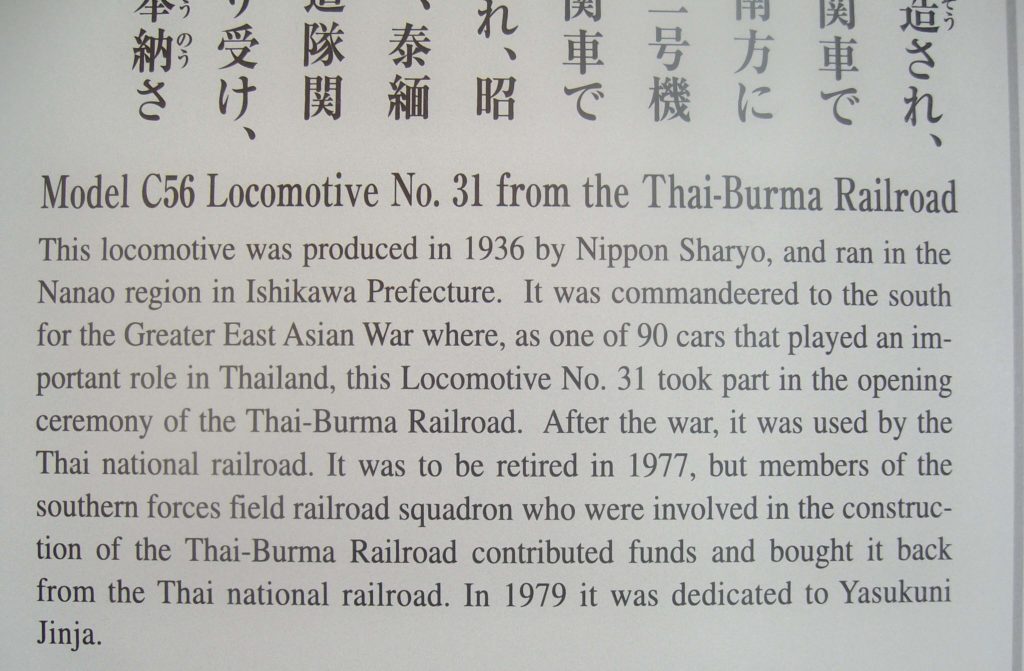 No mention of the estimated 100,000 forced Asian labourers and western POWs who died during construction, earning it the Death Railway moniker. This makes clear that the purpose of this museum is not to simply & honestly record what happened, but to present a specific “we did nothing wrong” narrative and thus reinforce a biased view of history.

Years before I ever went to Japan, I’d been up to Kanchanaburi in western Thailand, where you can visit the famous bridge over the River Kwai and even ride a portion of the Death Railway itself: 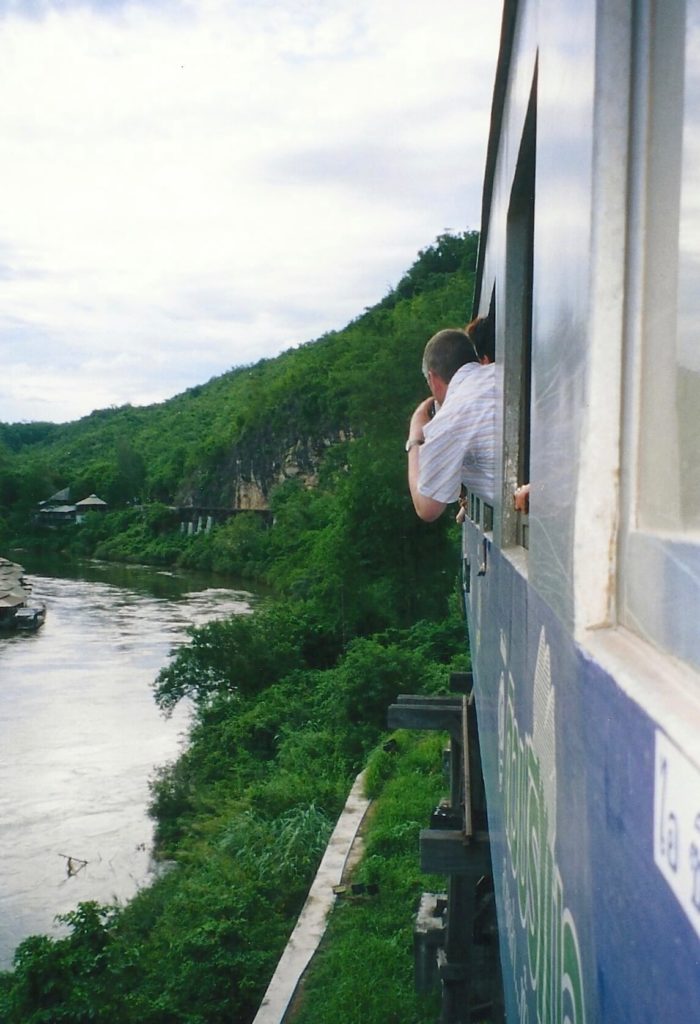 There you can also visit the Hellfire Pass Memorial, a beautiful, poignant memorial to those who died there with an informative, matter of fact museum; by comparison, the Yushukan is basically a giant ‘fuck you’.

Having a shrine to commemorate your war dead is one thing, but having an attached museum which whitewashes all these war crimes is quite another. Hence the controversy surrounding the place, and the batshit crazy ultras parading around in their ridiculous WWII cosplay outfits.

So should you visit Yasukuni while you’re in Tokyo? Sure, especially if you’re interested in history or politics. It’s definitely an interesting place, and quite different to any other shrine you’ll visit in Japan; but don’t take the Yushukan at face value.