A major J-League football stadium, Tokyo Ajinomoto Stadium (de-branded as simply ‘Tokyo Stadium’ for the Olympics) has a capacity of 50000 and is home to FC Tokyo. It was one of the key stadiums in the 2019 Rugby World Cup (hosting the opening ceremony and 5 pool matches, 2 quarterfinals, and the 3rd-place match), and will see rugby action again in 2020 when it stages the Olympic rugby sevens. Several Olympic football matches and the modern pentathlon will also take place at Tokyo Stadium.

The stadium’s located in Chofu in the western Tokyo suburbs, easily accessed in 25 minutes using the Keio Line from Shinjuku Station. Get off at Tobitakyu and it’s just a 10-minute walk north. 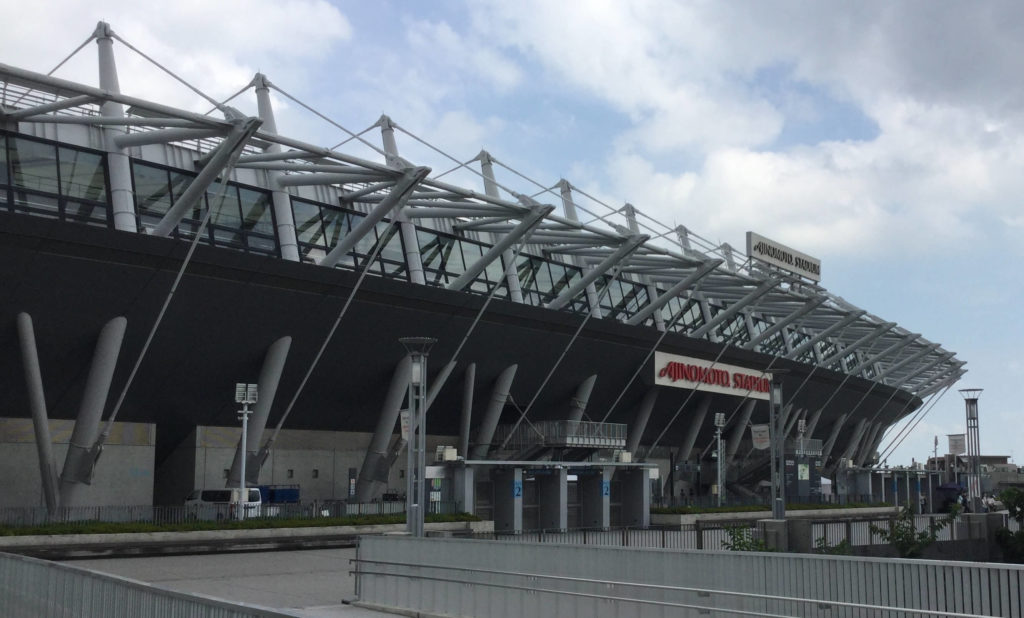 Where to Stay for Olympic Events at Tokyo Stadium

For events at Tokyo Stadium it’s recommended to stay somewhere in central Tokyo. Click on each area name to search it on Hotels Combined:

All things considered, Shinjuku is probably the best call, though if you’re planning multiple day trips to places like Hakone or Nikko it might be better to stay near Tokyo Station, Shinagawa, or Ueno for easy shinkansen access. You can also consider Shibuya, Roppongi, Ikebukuro, or pretty much anywhere around & within the Yamanote loop line. Asakusa is also good for more of an old town atmosphere.

If you have a JR Pass you can use it on the JR lines in the city, most significantly the Yamanote Line (the main loop line) and Chuo Line (which bisects the Yamanote east/west and more directly connects Tokyo Station to Shinjuku). However a high percentage of your travel in Tokyo is likely to involve non-JR trains, e.g. the Keio Line you’ll use to get to Ajinomoto Stadium. If you don’t have a JR Pass it’s easiest to get an IC card, and even if you do have a pass you’ll still want an IC card for the non-JR trains. For more on IC cards see here

The transport system for Tokyo is a mind-boggling mess, the Tokyo Metro map alone looks like a multi-coloured octopus tying itself in knots, but when you overlay both subway systems – Tokyo Metro (9 lines) and Toei Subway (4 lines) – plus all the JR lines and the plethora of private railway lines run by various other companies, you get this: 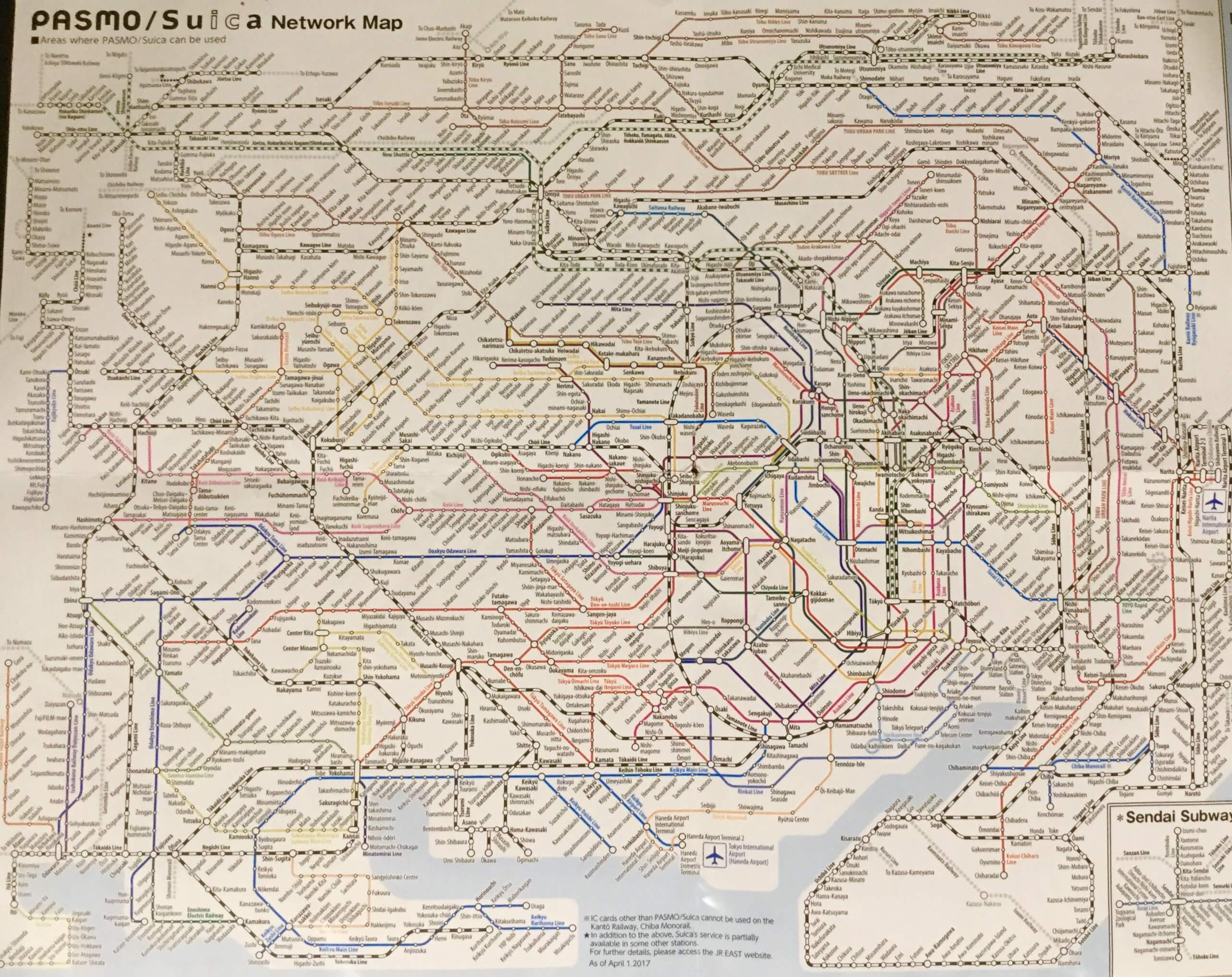 …so, good luck with that!

I’m here to help, see my Tokyo navigation guide, guide to Tokyo sightseeing & where to stay, and Japan travel guide

Any questions about 2020 Olympic events at Tokyo Stadium? Give me a shout below and I’ll get back to you.