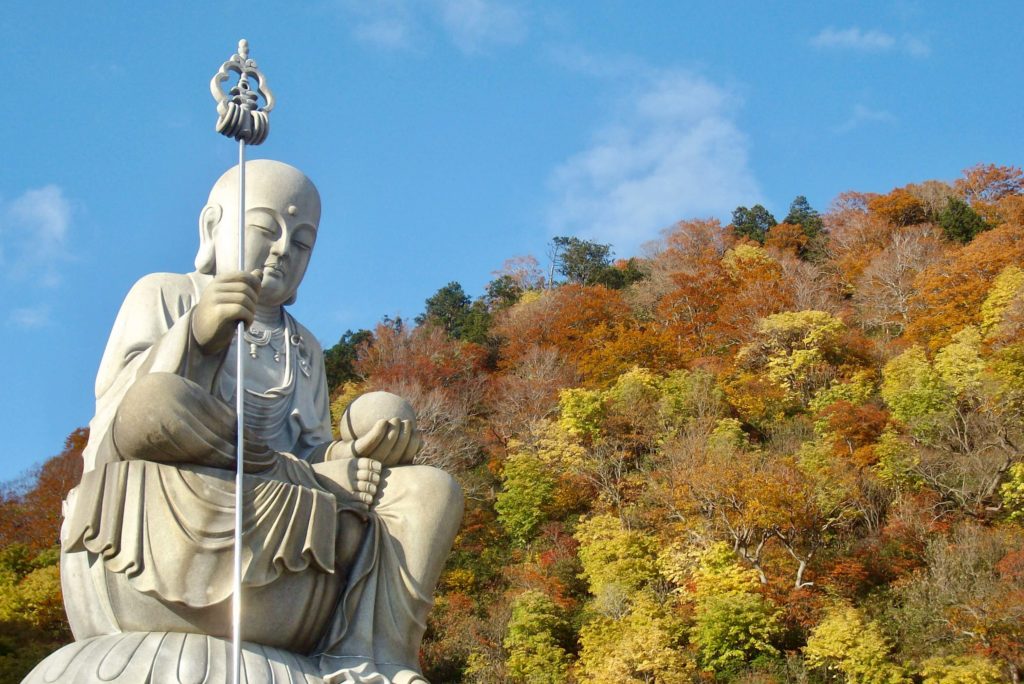 For something a little different the Shimokita Peninsula at the northern tip of Japan’s main Honshu island fits the bill. The peninsula’s northern end is formed by the volcano Osorezan, which translates as Mt Fear or Mt Dread. Lake Usori, the caldera lake in the volcano’s crater, really does feel like an otherworldly place – so it’s unsurprising that this is the gateway to the underworld in Japanese mythology. The Sansu-no-kawa river which drains the lake is like a Japanese River Styx, and blind mediums called itako perform an annual ritual at Bodaiji temple on the lakeshore in which they channel the spirits of the dead to communicate with the living. 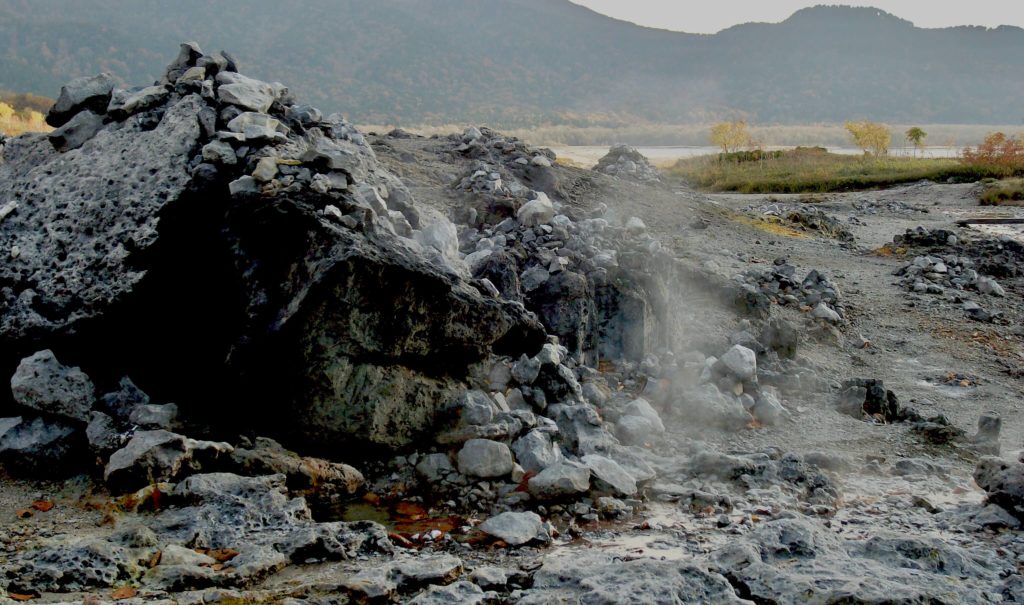 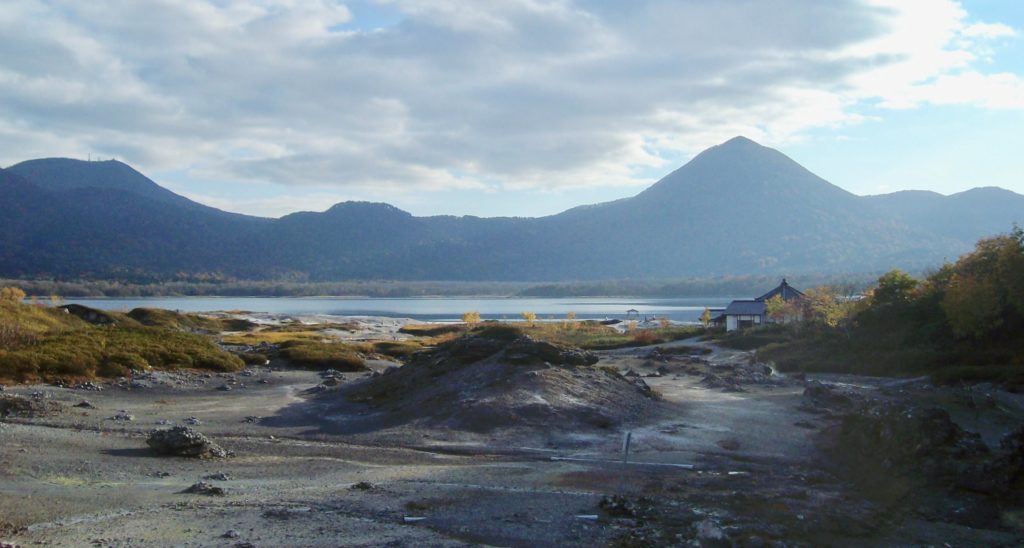 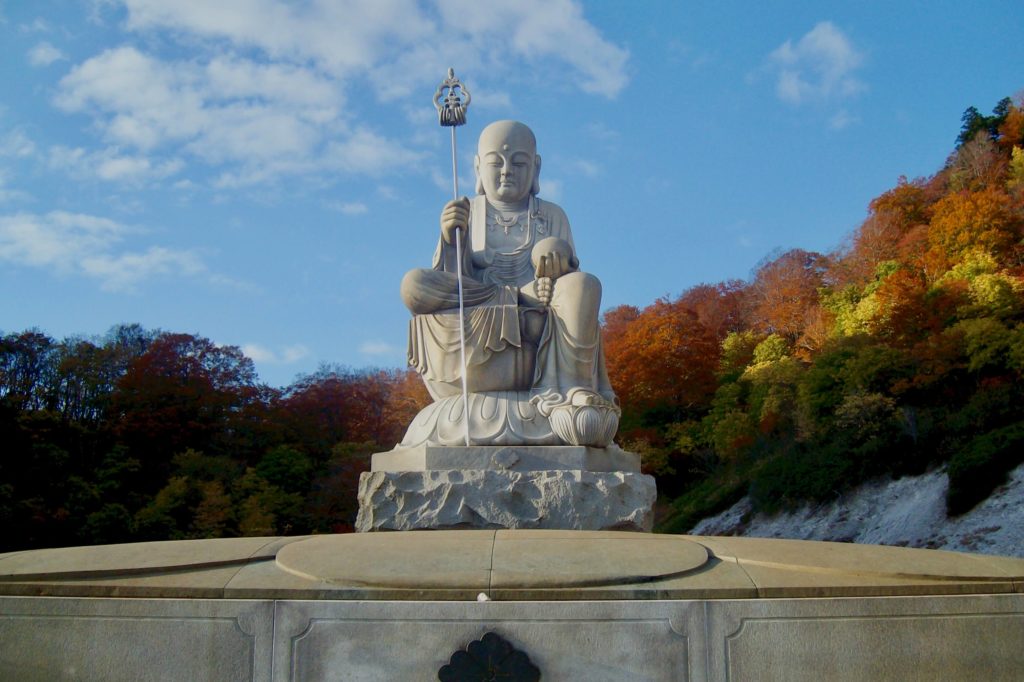 The lake is poisonous, the shore desolate, fumes rise from the earth, and jiso statues stand in testament to the departed souls of children. The finishing touch is the soundtrack of cawing provided by the enormous crows who perch on the statues and fix you with their beady eyes as you contemplate this solemn place (more on Japan’s crows here). 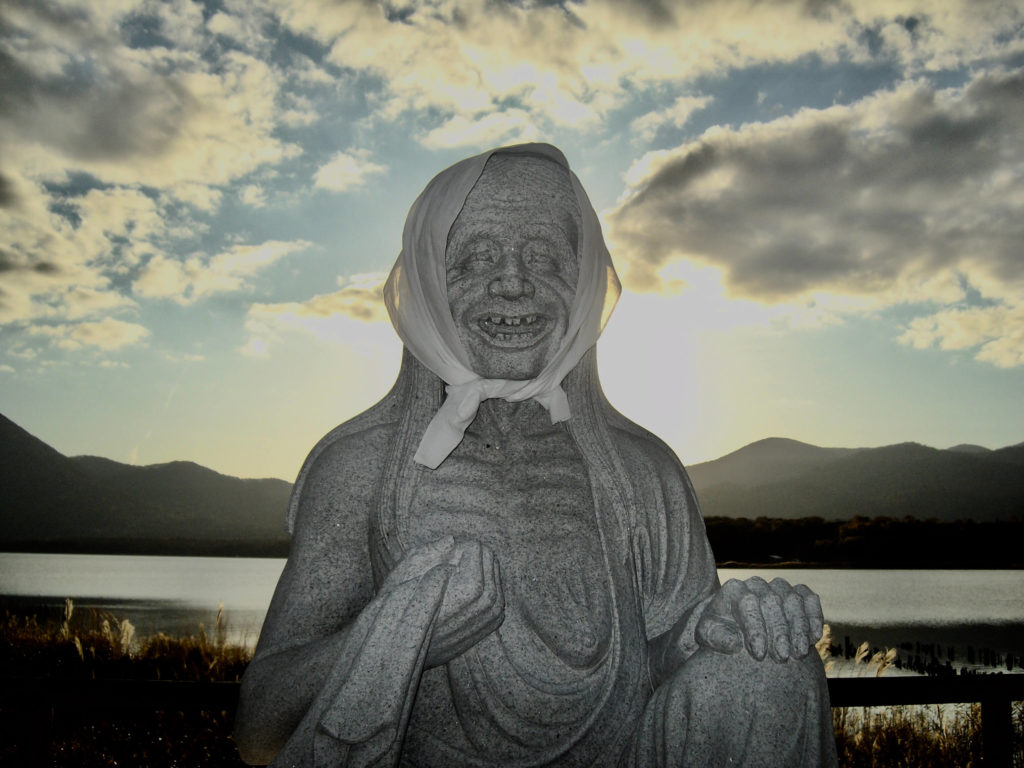 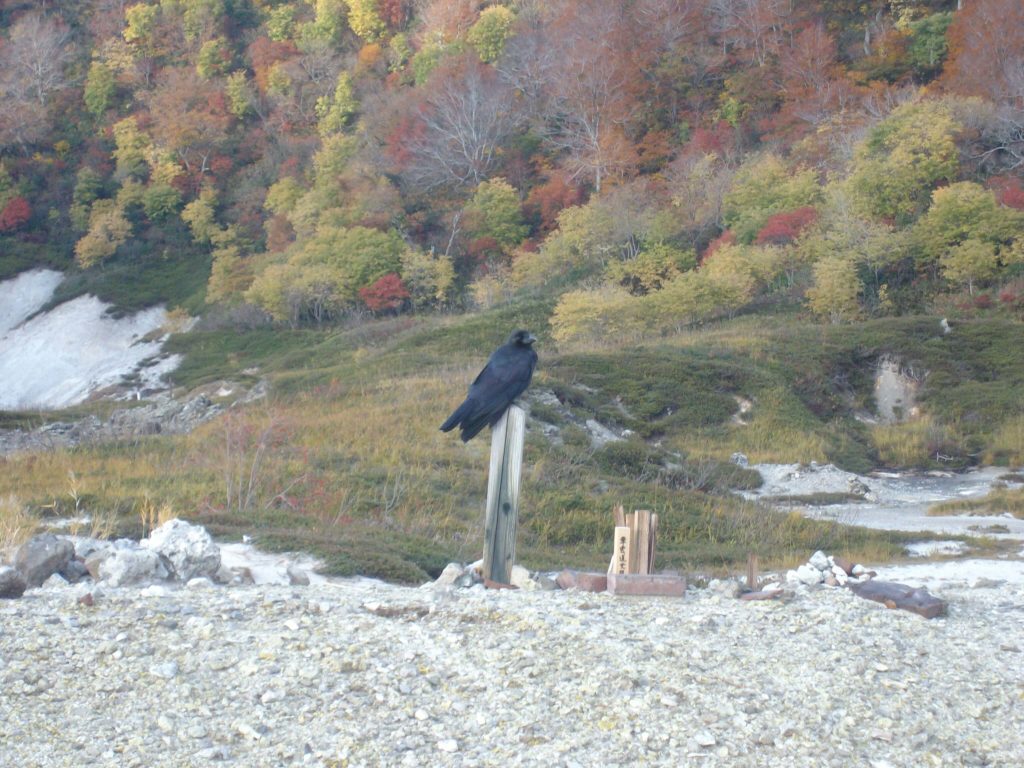 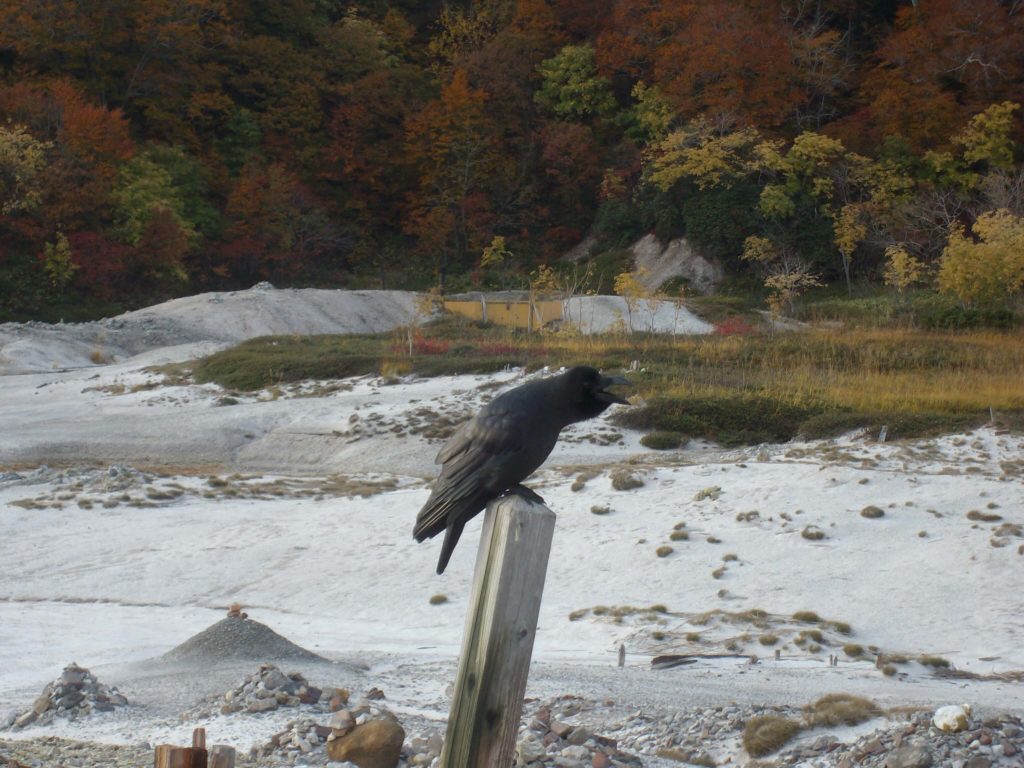 It really is unlike any other place in Japan, and well worth the 2.5 bus & train journey from Aomori City – not to mention, the coastal scenery from the train’s also lovely and Osorezan is a good spot for the autumn colours (these pics were taken in late October). 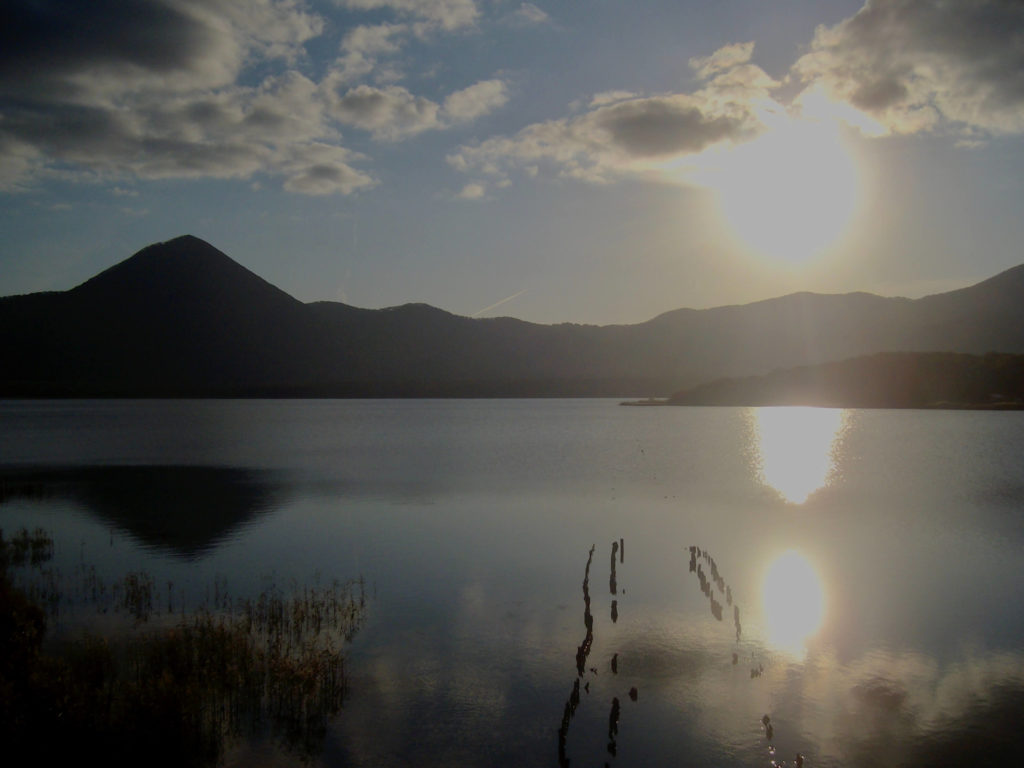 You can get there from the Tokyo direction by riding the shinkansen to Hachinohe, then the private Aomori Railway from there; it’s a private railway as far as Noheji, then JR from Noheji to Shimokita Station, but the whole thing’s fully covered by the JR Pass despite the private railway section. From Shimokita Station a 45-minute bus ride gets you up to the lake from the station. If you’re making your way down from Hokkaido, you can take the Aomori Railway from Aomori Station to Noheji (45 mins) then JR from there, again all covered by the JR Pass despite the non-JR segment.

For more cool places to visit in Tohoku see here