“It’s almost like a, a, you know, like a diamond in a turd”
– Karl Pilkington, An Idiot Abroad

“Fuck me… that’s just made my year”
– my travel companion Danny, upon first seeing the Taj Mahal 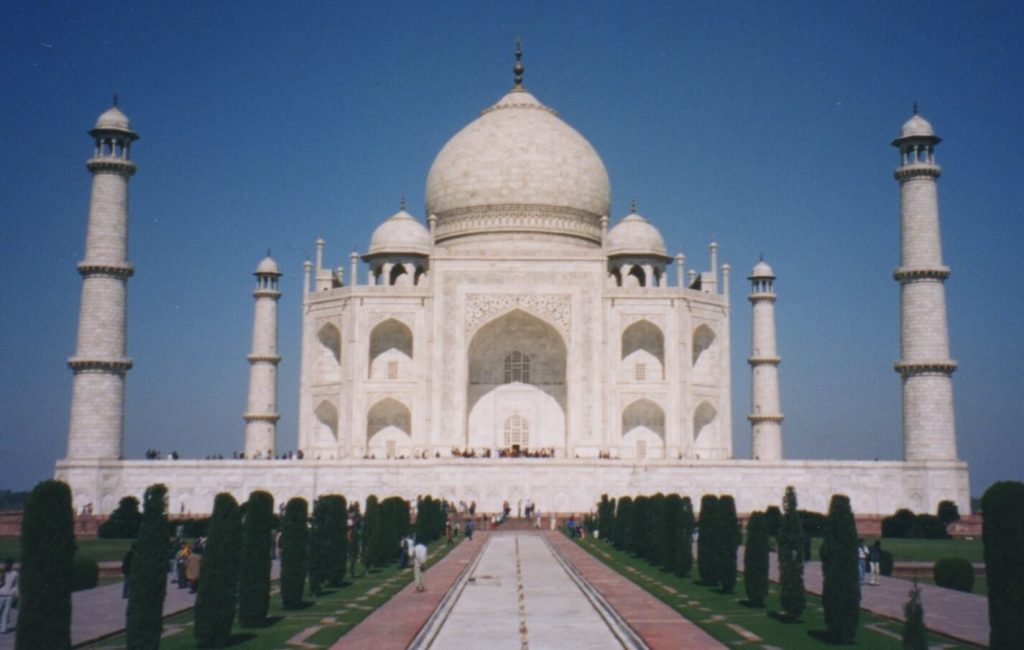 The Taj is likely top of the list for your first visit to India, and rightly so – as you can see from the above quote, it left Danny’s jaw on the floor. And as Karl Pilkington so eloquently summed it up, India can be a tough place to travel, fraught with hassles and frustrations, dirty and difficult, and yet it blows you away with absolute gems like the desert oasis of Pushkar, views from Darjeeling of Kanchenjunga glowing pink with the first touch of sunrise, the warmth of strangers on long train rides, and of course the amazing food; the Taj Mahal is the greatest among these treasures, a true diamond in the rough.

The Taj is located in Agra, about 200km south of Delhi, and can easily be visited on a day trip from the capital. Many travellers choose to stay in Agra so as to be able to see the Taj at its most beautiful by the lights of sunset, the moon, and sunrise, and that probably is a very good idea.

We opted to visit on a day trip from Delhi though, which was straightforward enough. If you want to do the same, first of all it’s important to be aware that you’re quite likely to get a high pressure sales pitch from your hotel to hire a car and driver for the day; the price may seem reasonable, but will likely be a serious rip off by Indian standards; if you do go this route, make sure to bargain hard over the price. Also make sure to have the ancient city of Fatehpur Sikri included on your route – indeed, if you want to visit both the Taj and Fatehpur Sikri in one day from Delhi, a private vehicle is necessary.

If you want to avoid private car hire, it’s simple to visit the Taj as a day trip from Delhi by train. As well as the Taj Mahal, Agra also has an old fort, so make a good early start to have time for both. The easiest way to book the train is online with 12go.asia; for details on the best trains to catch, see this excellent post. One of those morning trains from Delhi will have you in Agra before lunch, whereupon you’ll be bombarded with offers from taxi and rickshaw drivers to take you round for the day. These guys will offer really low prices, but with the hidden cost of unwanted visits to souvenir markets where you’ll waste both time and, if you’re foolish enough to buy anything, money (the drivers get commission from the markets for taking you there).

We were well-aware of this scam by this point, and actually negotiated with the drivers over the number of stops; we eventually settled on a reasonable price for the day with a single 30-minute market visit agreed between the fort and the Taj. If you don’t want to visit a market at all, ignore those guys completely and go find the official taxi stand (official taxis don’t come to you; you have to go to them. Anyone coming to you is full of shit).

The market was actually quite interesting; it was a marbleworks, and we were shown around by a salesman with some very slick sales patter, a guy who’d lived in England before and had his jokes and sales pitch well calibrated for British visitors; he also told us that this marbleworks was the same one that had originally crafted the marble tiles adorning the walls of the Taj. I reckoned that was probably bullshit, but he was amusing and it was interesting to see the craftsmen working away, and the day worked out pretty well and we were back in Delhi that evening. 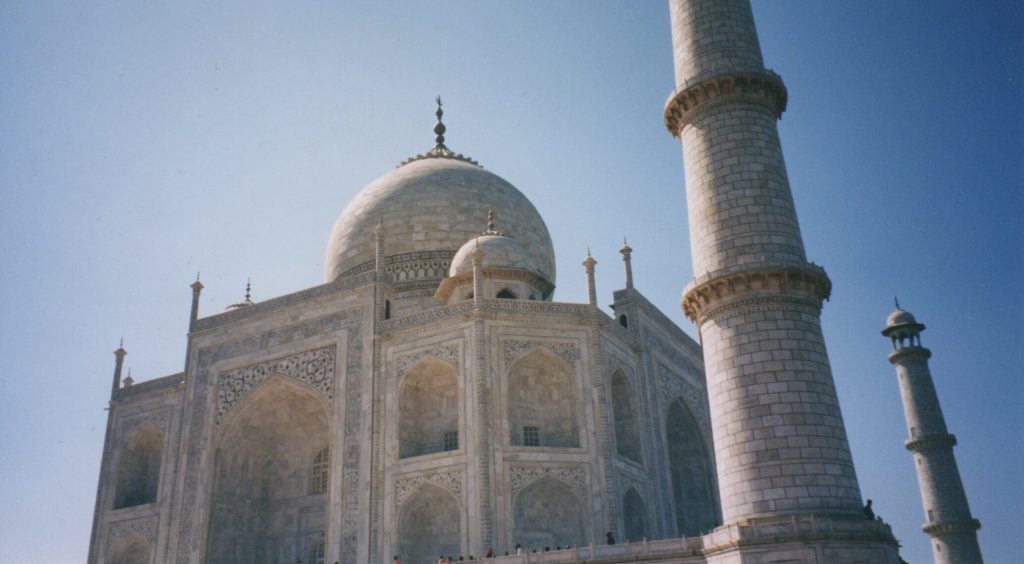 So, with the intercity train round trip and avoidance of scams in Agra a day trip to the Taj from Delhi is cheap and all pretty straightforward. Agra Fort is cool, and the Taj speaks for itself; it’s perhaps a little smaller than you might imagine, but it truly is an exquisite building, and even more beautiful in the flesh than any picture can capture.