↓ Skip to Main Content
Home › Taiwan › Life in Taipei: a Stroll Around Zhongshan

Life in Taipei: a Stroll Around Zhongshan 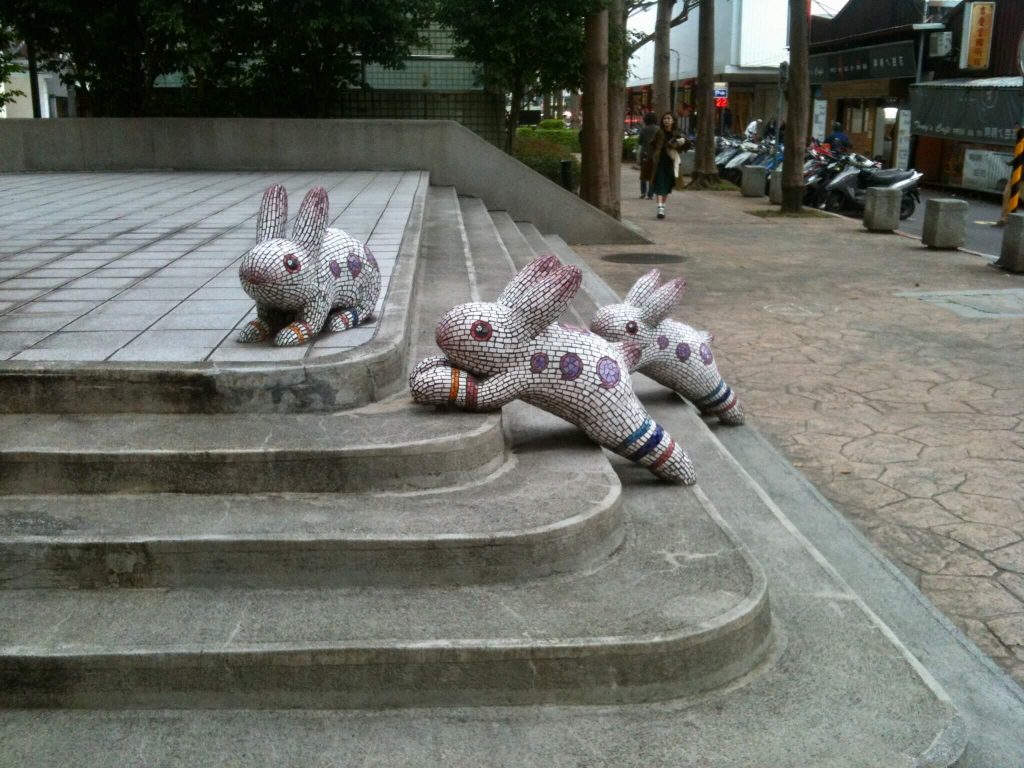 This little bit of public art in Taipei’s Zhongshan District depicts a scene from a Chinese proverb, which tells us that though a hare may be faster than a snail, a snail will still win a race up the wall. 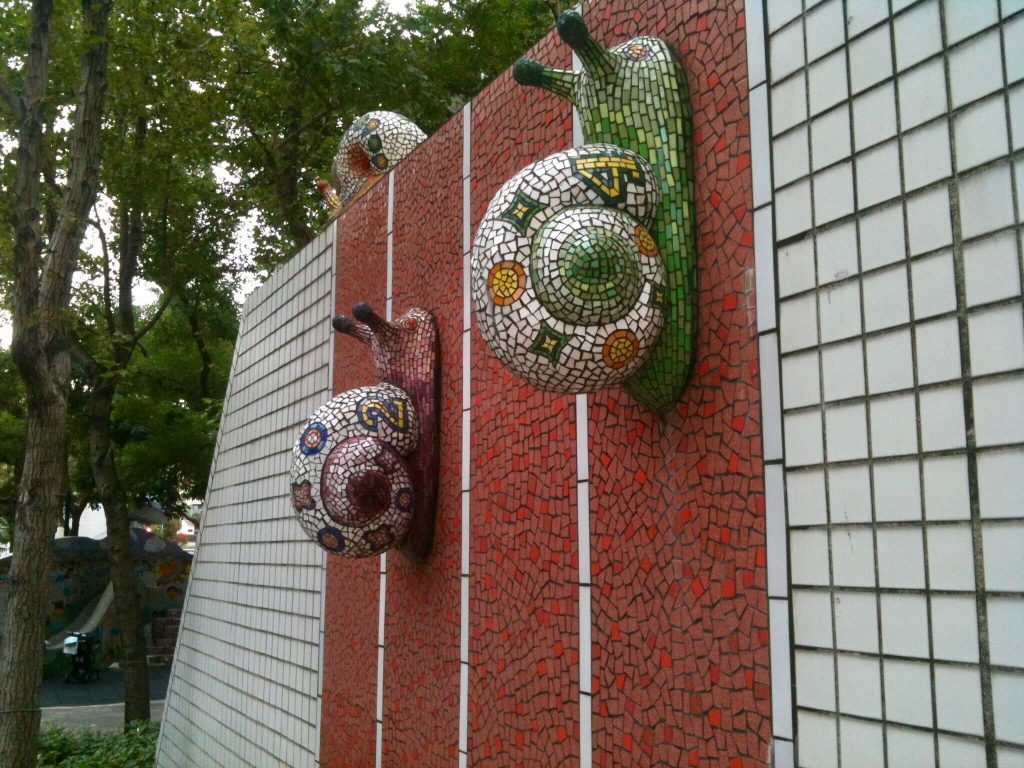 Zhongshan is one of Taipei’s central shopping areas, with a handful of large department stores just outside the station (the restaurant level of Shin Kong Mitsukoshi is a good place to try Din Tai Fung’s amazing xiaolongbao), and with all sorts of independent fashion stores and all the coffee shops & restaurants you could ever ask for lining the side streets and alleyways. 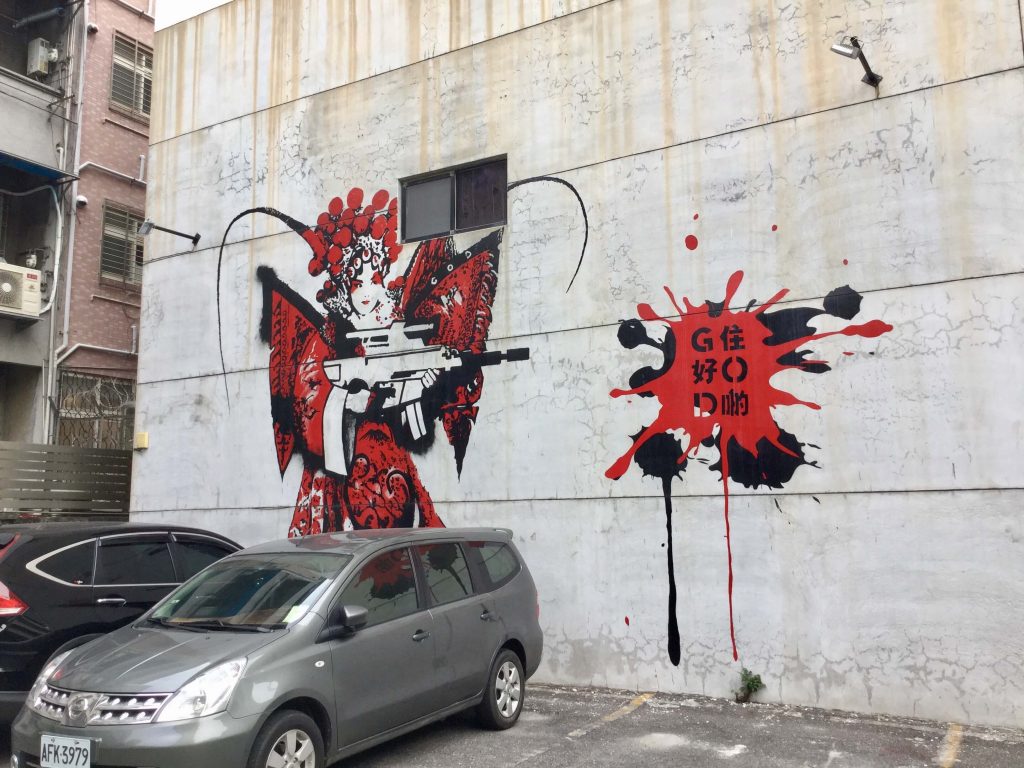 There’s something of an artsy feel to the backstreets north of the station, and an urban ‘park’ along the centre of the street running north – south directly on top of the MRT Line 2 (the red line). You can actually follow this park from its southern end at Taipei Main Station all the way up to Yuanshan Station, where it feeds in to Taipei Expo Park & Yuanshan Park, and the Keelung River beyond that. 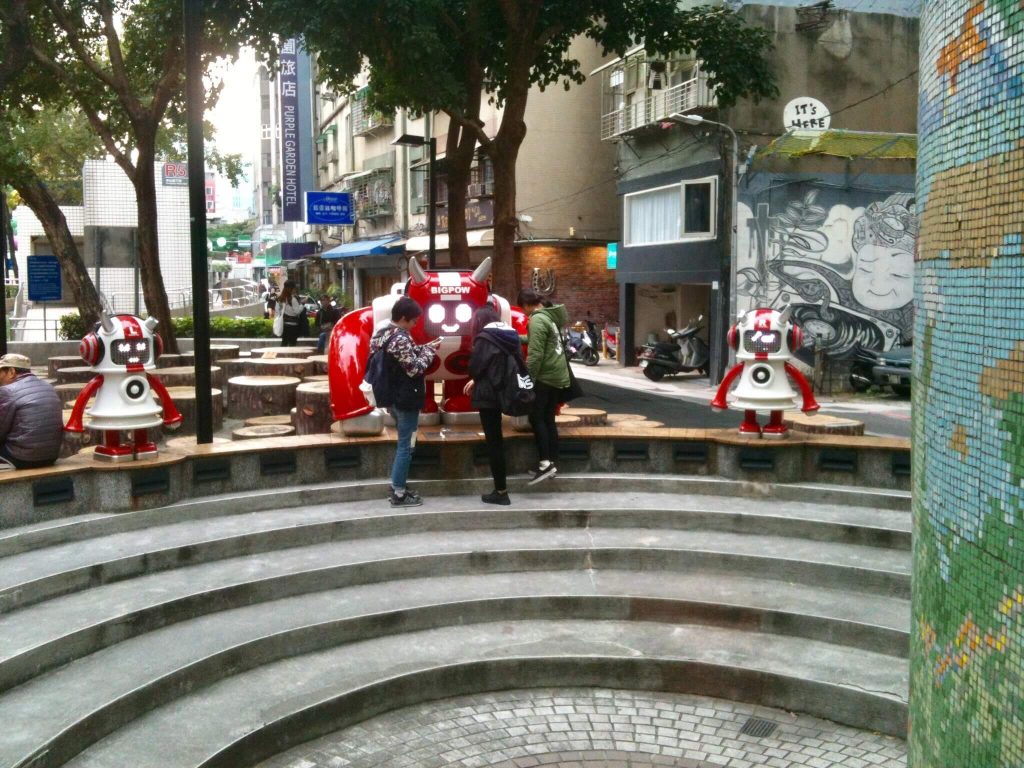 The 音樂機器人 or ‘Music Robot’; you can make it play tracks off your phone, though I never tried it

The full length of the park is a good option if you’re in central Taipei and looking for a running route – in fact, it’s pretty much the only option beyond laps of one of the small city block parks dotted about (Linsen Park, also in Zhongshan and containing the remnants of an old Japanese shrine, is the largest) – but if you’re just looking for a stroll, it’s best to walk south from Zhongshan Station to Taipei Main Station, perhaps after a nice (but pricey) coffee in one of the independent cafes in the back streets north of the station. 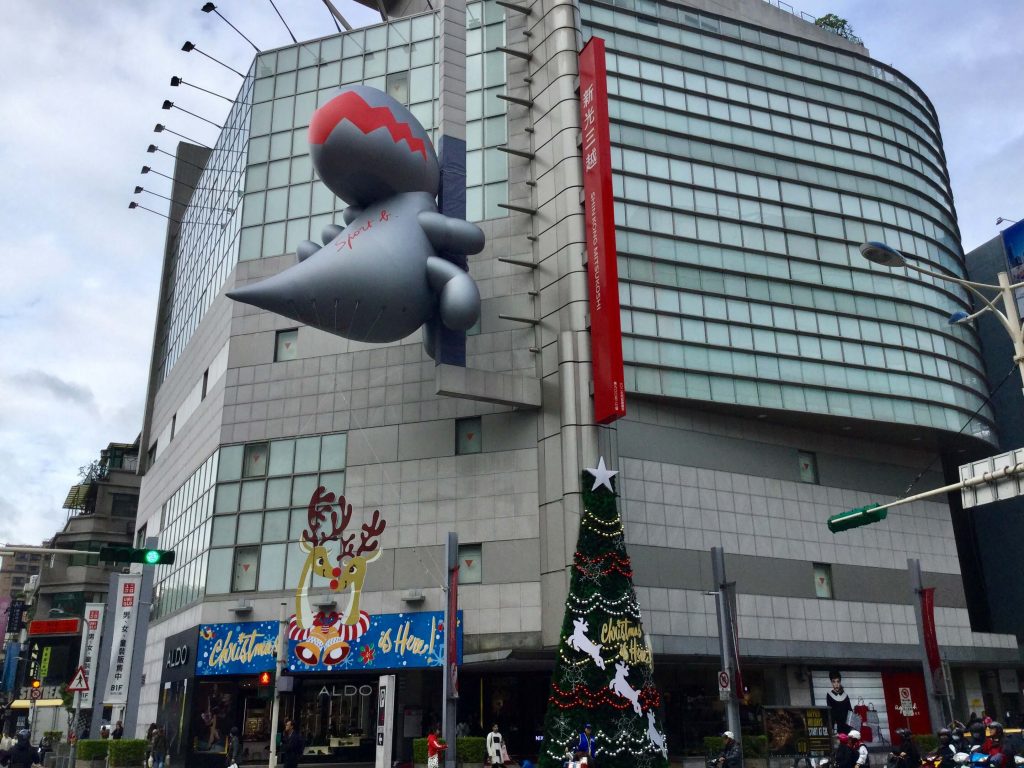 Although this ‘park’ is really more of a street with a decent pedestrianised public space down the centre, the quirky art installations and drink & snack joints along the sides make it a decent spot for a wander; also, if it starts raining look out for the escalators and elevators going down to the underground shopping street – this runs all the way from Taipei Main Station to Shuanglian Station, is a godsend when the heavens open, and is worth having a look in its own right.

Have you been to Zhongshan? Any comments or questions? Leave a comment below!

For my guide to hiking in Taipei, click here