Skiing has its roots in Europe, so it’s no surprise that Europe has the world’s oldest and best-developed ski industries. Furthermore, the Alps are quite heavily populated and easily accessible (by the standards of most mountain ranges), meaning they are home to many towns and villages and can support very large ski areas. Biggest isn’t necessarily best of course, but if you want to experience the world’s largest ski areas (such as the Portes du Soleil, straddling the Swiss/French border) you have to head to the European Alps.

While the Alps are the star of the show, you find people skiing & snowboarding in Europe wherever there are mountains. You can ski in the Pyrenees (France/Spain/Andorra) and in Spain’s Sierra Nevada, in the Scottish Highlands, throughout Scandinavia, in Balkan countries like Bulgaria, in Russia, and in the Carpathian Mountains which spread across several Central & Eastern European countries.

Generally speaking, the Alps are home to enormous ski areas with excellent terrain and usually good snow, with both purpose-built resorts and traditional Alpine towns in which to live or stay. The ski areas are well-developed and facilities are good; the downsides are that prices are fairly high (but still better value than North American resorts), and these ski areas are crowded – the locals all ski, and visitors pile in from the UK, from across Europe, and from further afield (you’ll hear many an Aussie accent too). Lift lines can be very long and fresh dumps are quickly tracked out.

Andorra and Bulgaria are known for being more budget-friendly (but less impressive) alternatives to the Alps and are also very popular (and crowded) with ski-holidaying Brits, while most ski areas in Europe’s other mountain ranges tend to be more modest and cater more to the local populations. Where I’ve been snowboarding in Europe: 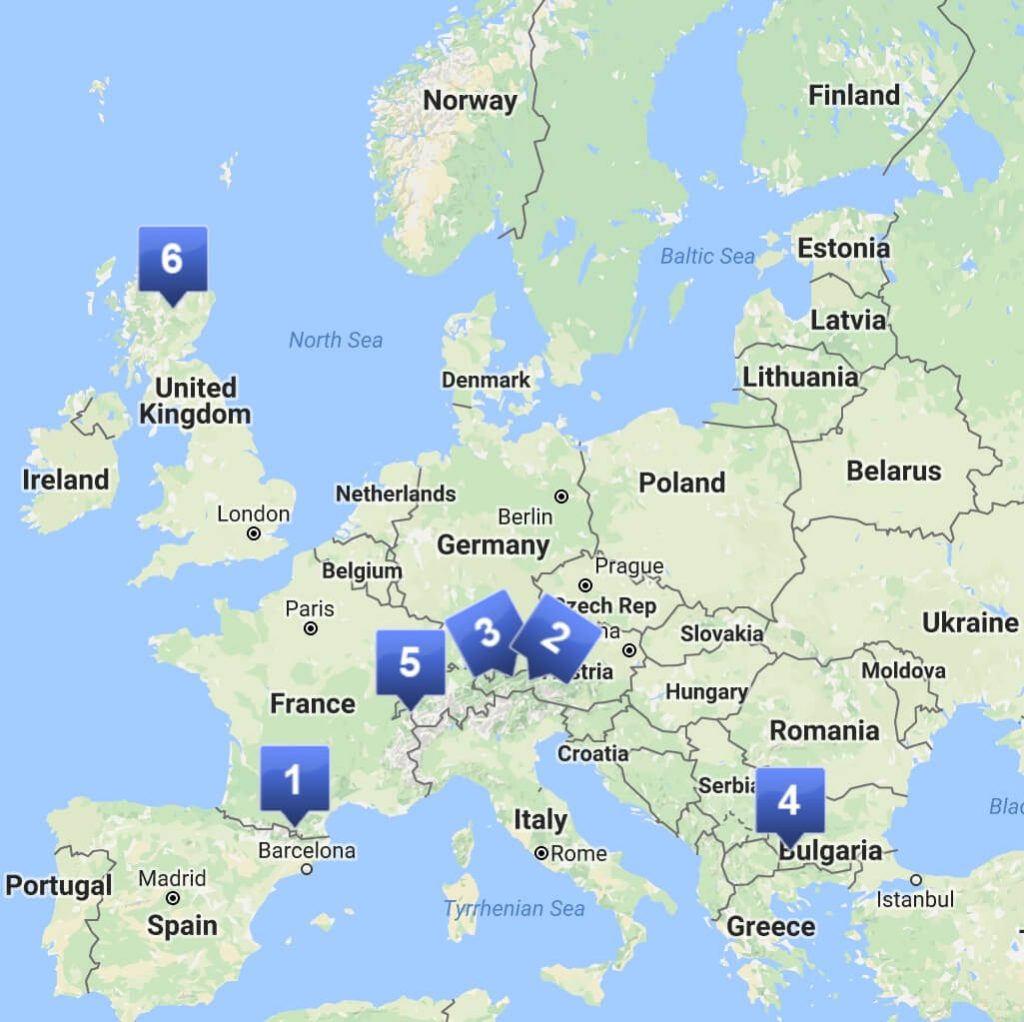