This is the main navigation page for my old website Rugby Guide Japan, which was a guide to help rugby fans visiting Japan for the 2019 Rugby World Cup. Following the end of the tournament I took the website down, but archived the useful content here either in its original form, or adapted as travel blog content or for the Tokyo 2020 Olympics.

The 2019 Rugby World Cup was the first held in Asia and the first outside rugby’s traditional heartlands in Europe & the Southern Hemisphere Tri-Nations, and was a great success – Japan did a cracking job as host nation, and the Brave Blossoms played some cracking rugby on the field to reach the quarterfinals (their best performance to date). My own team England lost the final to South Africa unfortunately, but to be fair the Springboks were pretty awesome and deserved to win it.

Japan might not be the first country that springs to mind when you think of rugby, but rugby does have a passionate and dedicated following in Japan and the general public really got into it, which was great to see & experience. Hopefully the Brave Blossoms continue to improve and pull the crowds in future.

The Web-Ellis trophy has surely never been contested in a finer collection of stadiums (see below), and I put Rugby Guide Japan together after personally visiting every one of them.

The following posts were adapted for 4corners7seas from content on Rugby Guide Japan:

Plus these two which weren’t host cities, but are good cities for tourists to visit:
Kyoto
Hiroshima

Other suggested places to visit around Japan

The following posts are archived more or less in their original form:

The Rugby World Cup in Japan was contested in an outstanding collection of venues, mostly football stadiums (including several that were used for the 2002 FIFA World Cup), but also including a few dedicated rugby stadiums in towns which have particularly passionate rugby followings. 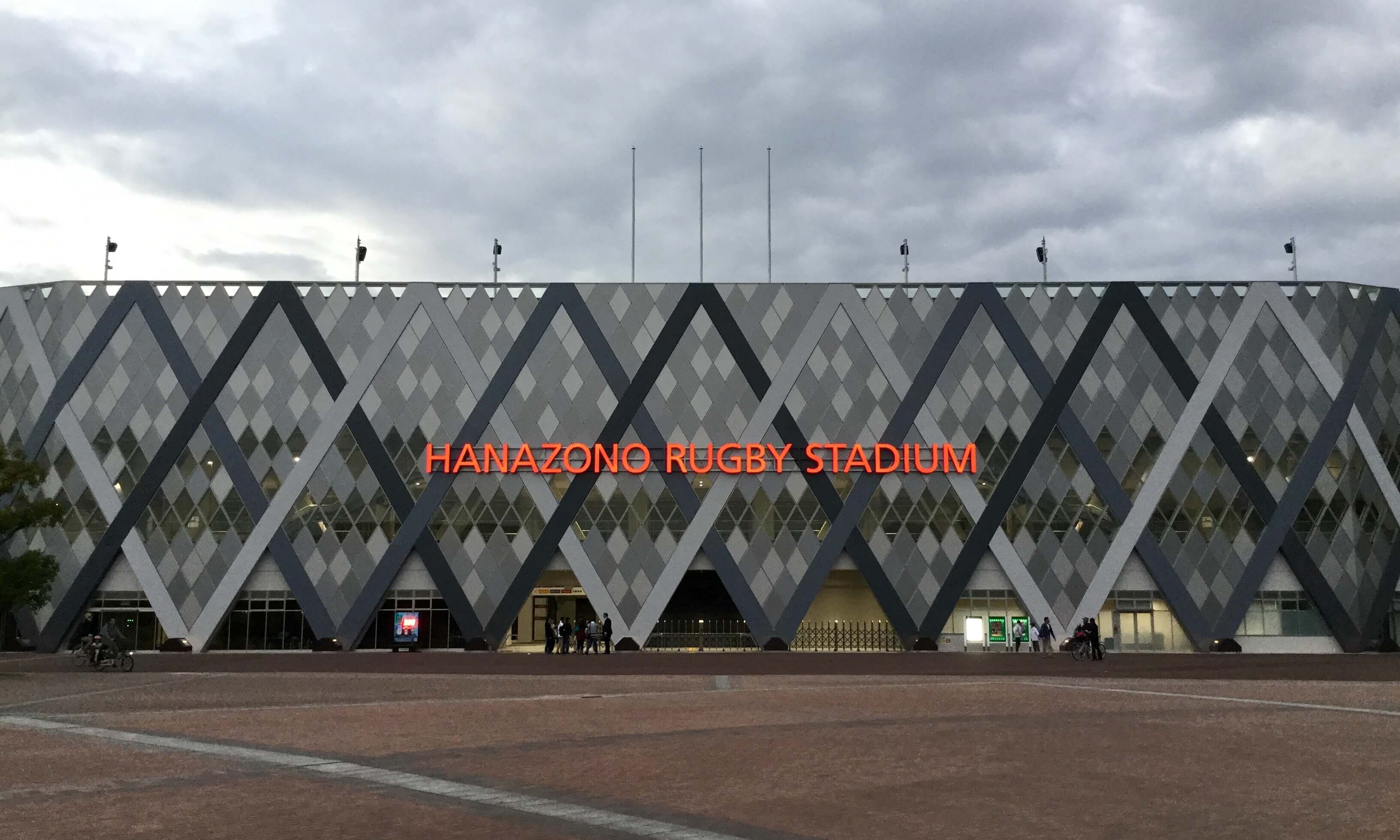 These dedicated rugby stadiums are more modest in stature than their football counterparts, but of course it was only right for Japan’s rugby heartlands get their time in the spotlight. The Kumagaya and Hanazono (Higashi-Osaka) stadiums underwent significant renovations to get them up to World Cup standards, while the stadium in Kamaishi was specifically built for the tournament.

This latter case is particularly noteworthy – the town of Kamaishi was utterly devastated in the 2011 tsunami disaster, losing some 1250 souls (the population stands at around 34000 today) along with most of the local economy. The new stadium is called Kamaishi Recovery Memorial Stadium, and having the world visit Kamaishi to watch rugby meant a lot for both this small town and the wider Tohoku region it’s a part of (though sadly the second of the two Kamaishi matches was cancelled due to a typhoon).

For details of each host city & stadium, click below:

These three stadiums collectively held 12 pool matches (including the opener) and the majority of the knockout matches:

The Kansai region is home to Japan’s second-largest conurbation centred on Osaka, with Osaka and Kobe collectively hosting 8 pool matches:

Two pool matches each for tiny Kamaishi (a northern rugby town still recovering from the 2011 tsunami) and Sapporo (the biggest Japanese city north of Tokyo):

Another 7 pool matches took place in the central Chubu region (between Tokyo and Osaka):