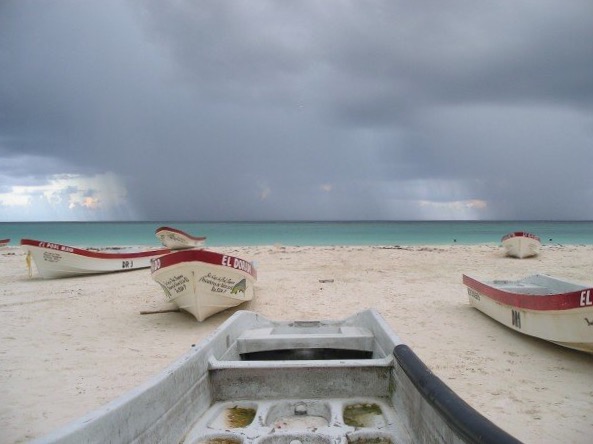 Rain storm over the Caribbean, Tulum

Mexico’s a big country with plenty to see and do – with tropical beaches, surf, scuba diving, awesome food, ancient pyramids, mountains and jungle, there’s plenty to check out, and the roads are good so it makes for a great overland travel destination. It’s easy to include Mexico as part of a Central American itinerary, or part of an itinerary with the US (or both); I first visited Mexico (for the day) while staying in San Diego as part of a US road trip, and then made a proper visit a few years later when backpacking through Central America.

How to travel to / from Mexico overland

You can travel overland between Mexico and the US to the north, and Guatemala and Belize across the southern border. Mexican buses ply the routes between southern US towns and Mexico; you can also cross the border on foot (only at officially permitted crossing points!), say if you’re in San Diego and you want to spend the day checking out Tijuana. We did exactly that on our US road trip, leaving the car the at the border and walking across – there was a huge line of cars, but you could just walk right through (walking back the other way into America was of course a bit more time consuming – a lot more so in our case as my friend had a minor paperwork issue (take good care of your visa waiver cards!) and got stuck there waiting for the border guards to finish their pizza before they’d make him a new card and let him through).

At the other end of Mexico, the short border with Belize can be crossed at Chetumal on buses running through to Belize City; there are also water taxis between Chetumal and Caye Caulker (saving the dogleg through Belize City). Much of the border with Guatemala runs through remote jungle, with most of the crossing points located on the roads closer to the Pacific coastline. If you travel through Central America overland, you will very likely use Tica Bus for at least a couple of legs; Tica Bus operates buses starting from the Mexican town of Tapachula (near the Guatemalan border), eventually reaching Panama City. In our case, we took a shared minibus from San Cristobal de las Casas to Guatemala’s Lake Atitlan (arranged through our hostel in San Cristobal) which crossed further inland in the mountains along the Pan American Highway (great scenery on that route). 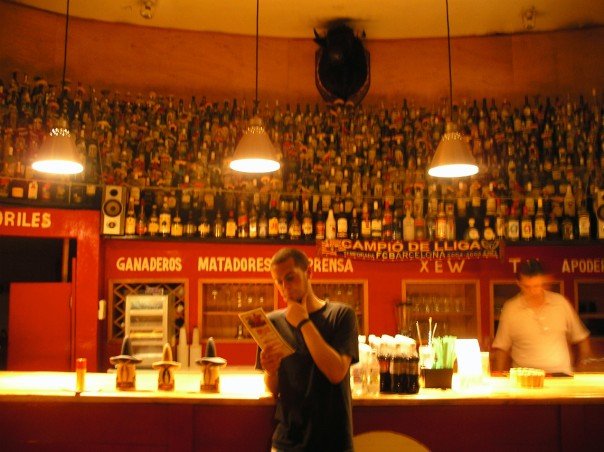 Mexico doesn’t have a national passenger railway, but there a couple of trains still in operation for tourism – El Chepe which runs through Copper Canyon, and the Tequila Express which runs from Guadalajara to the Herradura tequila distillery (Herradura is delicious by the way). The former is famous for the scenery, the latter is a train-ride-cum-cultural tour with mariachi bands and tequila tastings.

If you’re visiting Baja California, there are ferries between the Baja peninsula and the ‘mainland’ Mexican coast; these run between Santa Rosalia and Guaymas, and between La Paz and Topolobampo or Mazatlan.

Apart from that, overland travel is by road. Public buses run everywhere and are comfortable and reliable – the only thing I didn’t like about the buses in Mexico was that the stations in cities tend to be in rough areas, so it feels a bit sketchy if you arrive after dark; it’s better to leave and arrive earlier, and try to know exactly where you’re going when you get off the bus. When travelling between popular tourist spots you can often also arrange shared minibuses through your guesthouse. 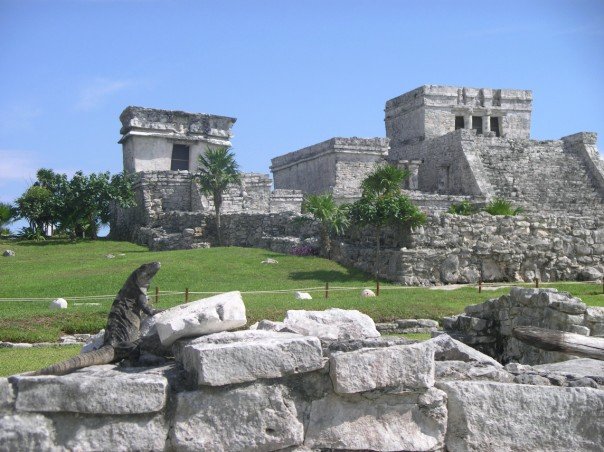 Things to do in Mexico

I’m going to do this in two parts; firstly, things I can recommend from personal experience: 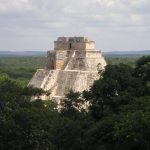 Visit the ancient Mayan cities and get your Mysterious Cities of Gold on. We went to Palenque, Uxmal, Chichen Itza, Coba, and Tulum. Chichen Itza is the most famous (and most visited – think hordes of cruise ship passengers from Cancun, souvenir vendors, and so on), but Palenque was the most atmospheric and my favourite in Mexico (along with Tikal in Guatemala). 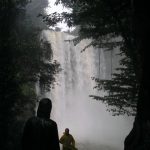 San Cristobal – a lovely mountain town; if you take a minibus from Palenque you can visit a couple of nice waterfalls on the way, including the one from the end of Predator.

Cavern diving. The Yucatan peninsula is known for its cenotes – sinkholes in the ground which give access to underwater cave systems. Diving in them is a totally different experience to diving in the sea; it’s freshwater and you have visibility for as far as the cave walls and the light allow you to see. At times you’re swimming through narrow tunnels (with a roof overhead – not recommended for the claustrophobic) with only your flashlights to see by, but then it opens up into large caverns with sunlight coming down through the cenotes like a curtain of light falling across the rock formations. There aren’t any corals or tropical fish, but it’s really quite an amazing experience. For non-divers, guided snorkel tours are also available. You can do this in the Tulum / Playa del Carmen area; the regular scuba diving off that coastline is also world famous, especially around the island of Cozumel.

Food, especially breakfast! Mexican food is generally really good, but I particularly loved breakfast there. It’s the only country I’ve been to which has breakfasts that give the Full English a run for its money – huevos Mexicanos and huevos rancheros made breakfast my favourite meal of the day!

…and secondly, things I haven’t done but want to:

Visiting the tequila distilleries around Guadalajara.

Oaxaca – a mountain town to the west of San Cristobal, famed for its food and the nearby ancient Zapotec site of Monte Alban.

Search for hotel deals in Mexico

(This page contains affiliate links i.e. if you follow the links from this page and make a purchase, 4corners7seas will receive a commission from them; this commission comes out of their profit margin at no extra cost to you. I’m linking to them because I know, use, and trust their products; thank you in advance should you choose to make a purchase via the above links!)