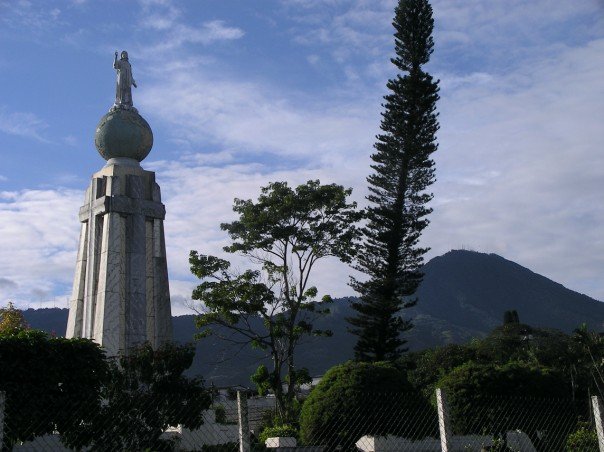 El Salvador’s a place that many visitors just sort of pass through en route between Guatemala, Honduras, and Nicaragua – and to be honest, that’s exactly what we did. We were only in the country for one night, but left with a favourable impression of the people and of the gorgeous scenery we saw from the highway. It’s probably a good idea to check it out properly if you can.

How to travel to, from, and around El Salvador overland

There aren’t any train services in El Salvador, so overland travel is by road. The Pan American highway runs the length of the country from west to east, and direct buses run west along it to Guatemala, and east to Tegucigalpa (Honduras) and Managua (Nicaragua). The Tica Bus makes an overnight stop in San Salvador, and there’s a hotel directly above the Tica Bus office. From there it’s a one-day leg west to Tapachula (Mexico) via Guatemala City, and a one-day leg east to Managua.

For western or northern Honduras (for Copan Ruinas and the Bay Islands), you can bypass Tegucigalpa and head directly north. For the Bay Islands, take the bus to San Pedro Sula and then from there to La Ceiba (departure point for the ferry); get an early start to avoid being stuck overnight in SPS (it’s a sketchy place at night, and has an alarmingly high murder rate). For Copan Ruinas, take a SPS-bound bus and get off at La Entrada, then a minibus from there (see here for more detail on this route). A change of transportation at the border will often be necessary, and the same routes apply in reverse.

In our case, we went from Copan to San Salvador; it was a pretty rough ride on mountain roads with some hectic switches of transportation, and the bus from La Entrada was completely packed… but the scenery was cracking and seated passengers on the bus were taking it upon themselves to periodically offer their seats to those standing; such cheery politeness goes a long way towards negating the stressfulness of being on a packed out bus winding through the mountains! Another cheery thing was the bus we took from the border to San Salvador; they decorate them brightly, and ours was decked out (rather surprisingly) with Thundercats emblems! We left Copan Ruinas early doors and arrived in San Salvador in the afternoon, with plenty of time to find the Tica Bus office, book tickets for the next day and check in to the upstairs hotel, then go and do some exploring before an early night and a pre-dawn alarm for the bus to Managua. Coffee and breakfast vendors wait downstairs to sell their wares to the bleary eyed Tica Bus passengers, and it’s a nice bus ride through El Salvador’s beautiful scenery. 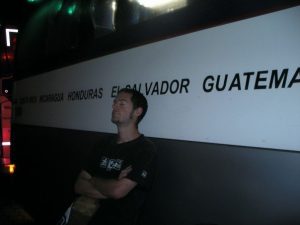 Early start on the Tica Bus

El Salvador is part of the Central America-4 border agreement, along with Guatemala, Honduras, and Nicaragua; this means that once you’re stamped in to one of these countries, you’re good for all four for 90 days and can travel freely between them. The Tica Bus to Managua was very hassle free, so much so that I don’t even recall any border procedures at all; I think there may not have been any.

There’s also a ferry across the Gulf of Fonseca from La Union to Nicaragua’s Potosi (bypassing the road via Honduras) which you can book here. 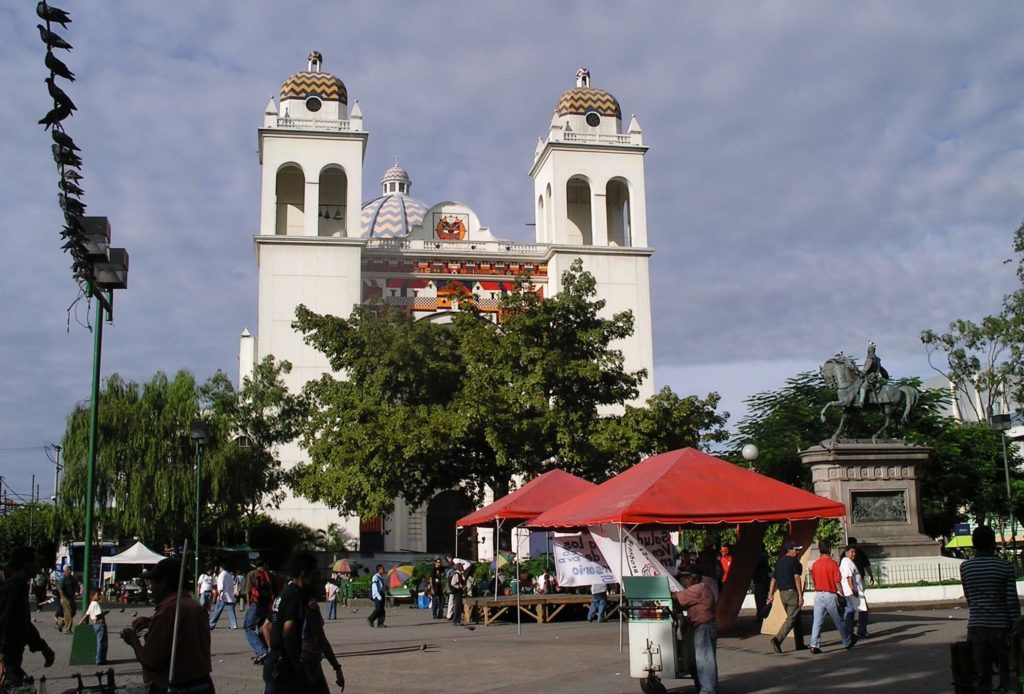 Things to do in El Salvador

The San Salvador cathedral stands in the city centre, a short walk from the Tica Bus terminal; it’s a beautiful building, and the streets around it are full of market stalls and food stands so it’s a good area for a wander and a nibble.

The Monumento al Divino Salvador del Mundo (Monument to the Divine Saviour of The World) is San Salvador’s most famous landmark… we weren’t sure what to do with the remaining hour or two of daylight after checking out the cathedral, so we took a taxi to see the Saviour, then went for food in a nearby mall. I’m sure there’s a lot more to the city than we saw, but the cathedral (and market) and the Divine Saviour are a good pair of sights to take in if you only have a few hours in San Salvador.

We only went to San Salvador so I can’t speak much for the rest of the country; but I can say that the bus ride from the capital heading east along the Pan American treated us to some great views of the string of volcanoes in central El Salvador, and if I ever go back my priority will be to explore some of that magnificent countryside. Try to sit on the south side of the bus (the right side when travelling towards Nicaragua) for the views. 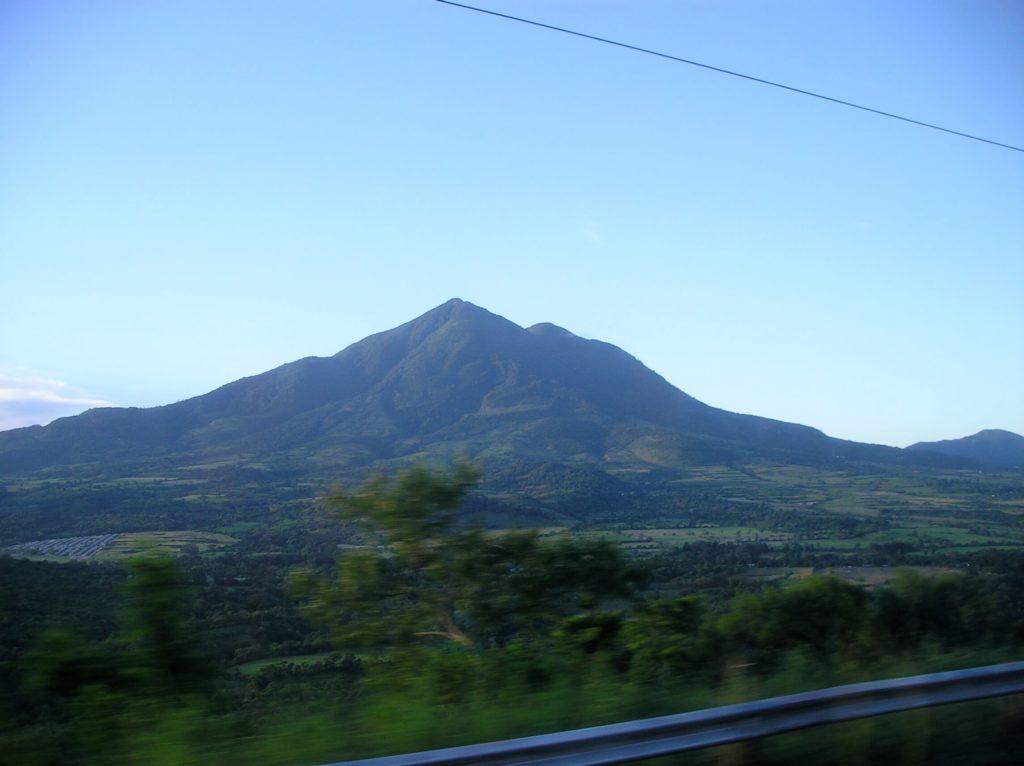 (This page contains affiliate links i.e. if you follow the links from this page and make a purchase, 4corners7seas will receive a commission from them; this commission comes out of their profit margin at no extra cost to you. I’m linking to them because I know, use, and trust their products; thank you in advance should you choose to make a purchase via the above links)