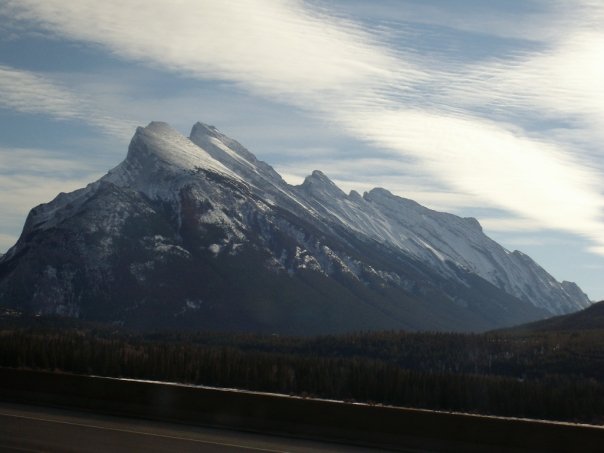 Canada is a huge country with a relatively small population and good infrastructure, making it pretty epic overland territory. I’ve personally only been to the western provinces of British Colombia and Alberta, but the road trip across the Rockies was great even on a Greyhound bus. I’d love to do a Trans-Canada rail trip at some point, and I’d also like to overland up to the northern towns of Yellowknife (for the Northern Lights) and Churchill (to see polar bears); Canada has many possibilities. It’s also easy to visit as part of a wider North America trip along with the US and perhaps Mexico and Central America; I first visited Canada as part of a US road trip, and later went back and lived there for a couple of ski seasons in Vancouver.

Travel to / from Canada overland

Canada’s only direct neighbour is the United States, and they share the longest international border between any two countries. In fact they actually share two borders, due to Alaska, with many dozens of roads crossing them. The vast majority of land entries into Canada are by private vehicle, but public buses also connect the main cities across the border. You can also enter Canada by Amtrak train between Seattle & Vancouver, New York & Toronto, and New York & Montreal. As long as your paperwork is in order you shouldn’t have too much trouble crossing the border by public transport. However, in my experience US border guards are looking for any excuse to ruin your day – when crossing from White Rock (Vancouver) back to Blaine during our US road trip, we forgot we had four oranges in a plastic bag that our friend in Victoria had given us that morning for the drive… when filling in the customs form, you tick ‘no’ to say you don’t have any fruit & veg, drugs, weapons, terrorist manuals, kryptonite, etc… but because we forgot about the oranges, and the guy spotted them, the logic was that we’d lied about the fruit & veg so they had to assume we’d lied about the drugs and weapons. Cue a full search of our vehicle, absolutely everything turfed out on to the floor and rooted through, the engine and seats and door panels being searched, a million and one questions… we were at that border for 3 hours before being sent on our way with a 100 dollar fine and no oranges. Good thing we’d hidden our drugs and weaponry in the roof panel of a public restroom near the US border before crossing a couple of days earlier… (only kidding Mum!) But seriously, don’t forget to eat your oranges.

You can also enter Canada by boat from the States; the main routes of interest for overlanders are between Prince Rupert (northern BC) & Juneau (Alaska), Victoria (Vancouver Island, BC) & Washington state, and Portland (Maine) & Yarmouth (Nova Scotia).  You can book the Victoria-Seattle ferry here, and the Maine-Novia Scotia ferry here. There are also a number of short river and lake crossings in the Great Lakes region which are unlikely to be of much interest to overseas travellers; for a full list see here. 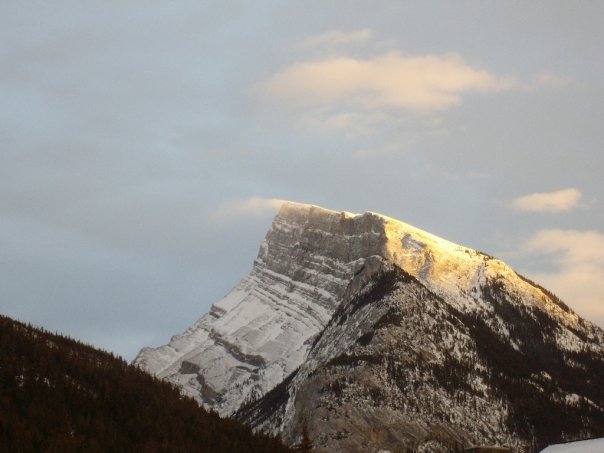 Overland travel in Canada is mostly by car, and it’s a great country for a road trip with good roads and some awesome scenery. You can also get around by Greyhound and other bus services; the buses are decent, but travel times are long e.g. I took a 15-hour bus from Vancouver to Banff… but I intentionally took an early morning bus in order to be able to see the country outside the window, and spent most of that day gazing at the beautiful mountains and lakes of the BC interior, so it was pretty cool. Doing it again wouldn’t be such an enticing prospect to be honest though… next time, I’ll take the train!

The only well-developed (i.e. fast, modern, and frequent) rail services cover the main population corridor through Windsor, Toronto, Ottawa, Montreal and Quebec. Passenger trains in the rest of Canada are more of a tourist thing; slow but comfortable, somewhat pricey but surely a great way to see the country. I’d love to do the 3-day Vancouver-Toronto route on The Canadian, or ride the Hudson Bay from Winnipeg up to Churchill (to see the gathering polar bears in autumn). As ever, Seat61 is the best corner of the internet for rail travel enthusiasts and has a good map here showing the train routes you can do in Canada.

There are also domestic ferries serving the coastlines and islands, the major ones being to Vancouver Island and Haida Gwaii (aka Queen Charlotte Islands, from Prince Rupert) in BC, and between Prince Edward Island, Nova Scotia, Newfoundland and Labrador in the Maritimes (the Atlantic provinces). Local ferries serve smaller islands, such as Bowen Island near Vancouver, but the vast spread of barely populated islands in the Canadian Arctic is accessible only by air. Some of these domestic routes can be booked online with Direct Ferries. 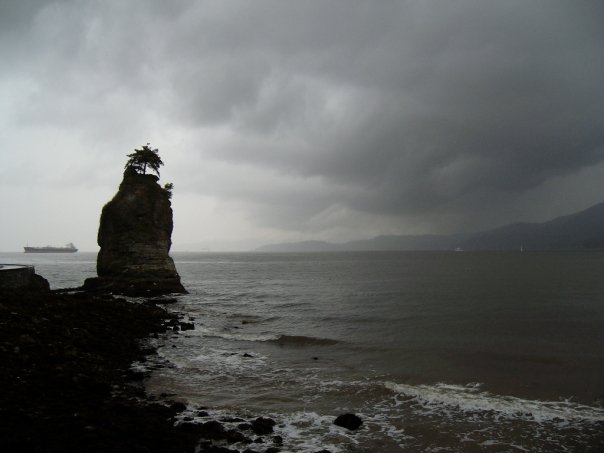 Things to do in Canada

I’m going to do this in two parts; firstly, things I can recommend from personal experience:

Go skiing. I did most of my riding at Vancouver’s Cypress Mountain.

Go mountain biking and rock climbing. Whistler is good for both (as well as being a world-class ski resort), and the Whistler Bike Park is pretty mind-blowing.

Vancouver – a place I could easily have settled, had visas not been an issue.

Take the ferry over to Vancouver Island.

Just flying over northern Canada is pretty amazing, looking down on the huge expanses of snow and rock, and no signs of people down there; if you fly from London to Vancouver, make sure you fly during daylight hours and you’ll hopefully get to look down on Iceland, Greenland, Baffin Island, the tundra of northern Canada, and the Rocky Mountains.

…and secondly, things I haven’t done but want to:

A trip round the rugged Atlantic Provinces.

Search for hotel deals in Canada

Flexible travel insurance from World Nomads, especially useful if you’re already overseas (this can be a crucial point, as I once found out the hard way in Bangkok). If you’re hitting the mountain, check out their snow sports cover

(This page contains affiliate links i.e. if you follow the links from this page and make a purchase, 4corners7seas will receive a commission from them; this commission comes out of their profit margin at no extra cost to you. I’m linking to them because I know, use, and trust their products; thank you in advance should you choose to make a purchase via the above links)