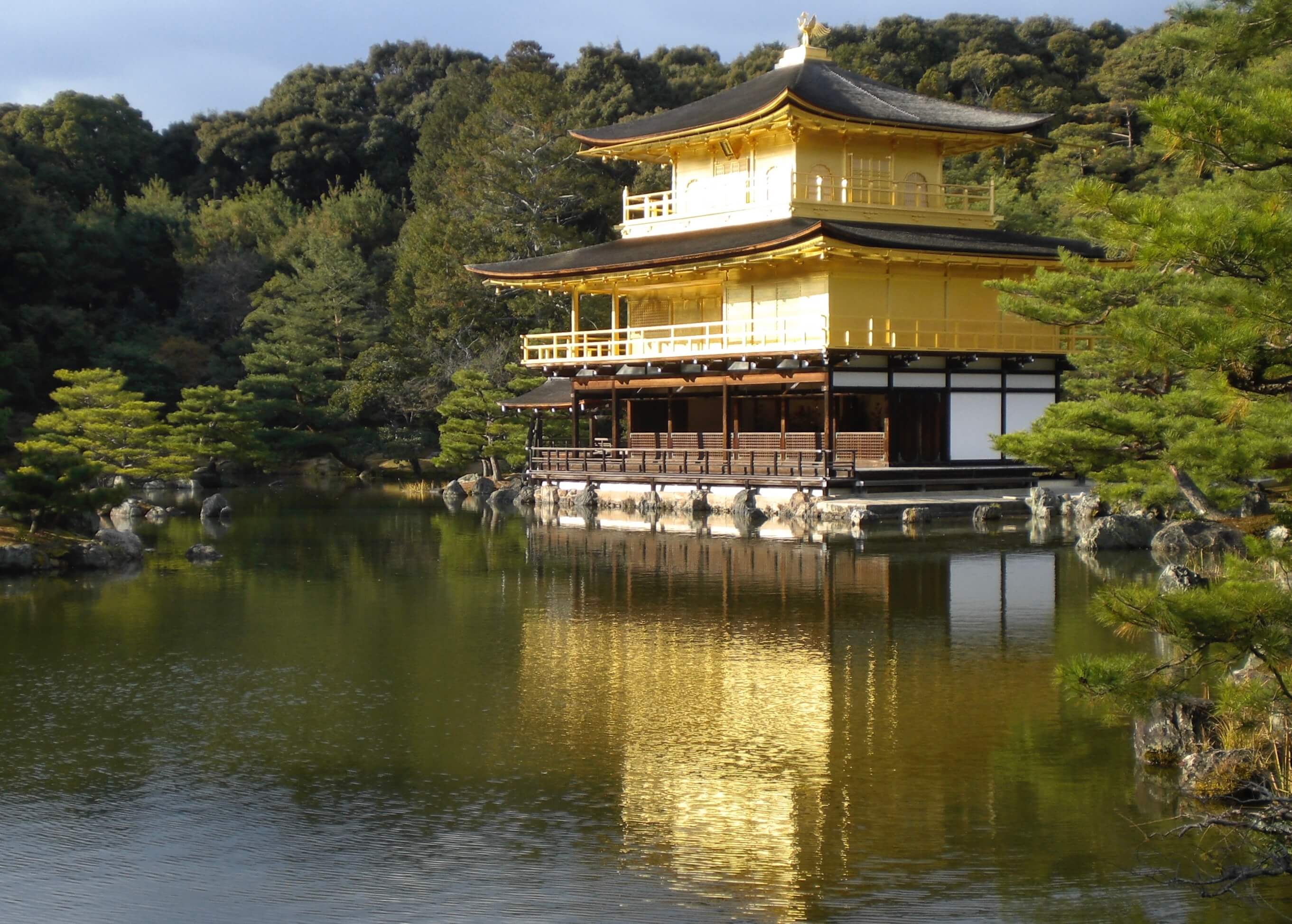 If you’re in Japan for the Tokyo 2020 Olympics and looking for one other city to visit between events or just for a bit of sightseeing while you’re in the country, Kyoto is the obvious choice.

As Japan’s capital from the late 8th Century to the late 19th Century it’s a living treasure of ancient temples and a living repository of traditional Japanese culture, and unlike most Japanese cities it came through WWII intact (nearby Osaka and Kobe were reduced to rubble).

The years since then have seen Kyoto recieve the same kind of concrete makeover as the rest of Japan, so don’t expect the whole city to look like Memoirs of a Geisha – if you do you’ll be disappointed, especially when arriving at Kyoto Station. That said, some areas of the city are beautifully preserved and even in the most modern suburbs the temples and shrines remain as islands of ancient beauty.

For a taste of old Japan, the Gion & Higashiyama and Arashiyama districts are lovely, and southern Kyoto’s Fushimi Inari is my favourite shrine in all Japan.

If you’re able to visit a week before the Olympics begin, you can check out the Gion Festival on July 17th.

Where to Stay in Kyoto

More specifically, the best part of town to stay in is the Gion/Sanjo/Shijo area which puts you close to the shopping & nightlife as well as the traditional architecture & alleyways of Gion; search hotels near Gion. You could also consider the Kyoto Station area – it’s not nearly as nice, but there are loads of accommodation options there and it’s super convenient for access from other cities with good transportation links to wherever you want to go in Kyoto. Search hotels near Kyoto Station

There’s so much to see in Kyoto, it really goes beyond the scope of the few days you’re likely to be there for to try and cover it all. There are so many temples & shrines to choose from, it’s easy to overdo it and get ‘templed out’ so they all end up looking the same – best thing to do is pick a few standouts to base your itinerary around, and compliment visits to those with some random wanderings. For me the star of the show is Fushimi Inari, and you also shouldn’t skip the hillside Kiyomizu-dera; the Golden Temple (Kinkakuji) is probably the most famous single image of the city, I’m not personally a huge fan of it actually but lots of people love it. See here for a detailed post about the best temples & shrines to visit in Kyoto, and just pick out a few standouts instead of getting jaded by visiting too many.

Although quite large & spread out, Kyoto’s a great walking city in places – see here for a good walking route taking in the Gion teahouse district before heading up the hill to Kiyomizu-dera, and here for the Philosopher’s Path area further north.

It’ll be bloody hot in Kyoto if you visit during the Olympics, but it’s a great city for a spot of hiking if you can handle the heat – if you fancy getting out into the hills for the day see here

If you visit Kyoto a week before the Olympics begin, you can attend the Gion Festival on July 17th

On the other hand if you visit in winter you can get some skiing in at Biwako Valley in neighbouring Shiga Prefecture, easily accessed from Kyoto by train & bus. It’s a tiny ski hill, but it’s there

The best club in the Kansai area is actually Club World in Kyoto, located just outside Kawaramachi Station (map here). Other than that it’s more of a bar scene, with most drinking spots along Kiyamachi street between Shijo and Sanjo streets, and the parallel Pontocho alleyway. Many of these are pokey little joints with just a few seats squeezed between the bar and the wall, and for first time visitors it can be a little hard to work out which places are good just for casual drinks.

Pontocho’s a great place for a wander even if you don’t go in anywhere, while the northern bit of Kiyamachi (closer to Sanjo street) has a decent number of standing bars and shisha places which are straightforward enough. My personal favourite is ING Bar, a crazy little rock bar run by local legend Haku-san – it’s tucked away at the back of the second floor of the Royal Building on Kiyamachi. There are also some good bars across the river in Gion; for serious cocktails the bartenders at Gion359 know what they’re doing.

Kyoto isn’t known as a shopping mecca, but the Teramachi district of covered shopping arcades is an interesting area for a wander and a browse; the Nishiki Market cuts through the same area. If you’re after electronics there’s a Bic Camera attached to Kyoto Station and a Yodabashi Camera just north of the station on Karasuma-dori.

Kyoto’s transportation is frustratingly disjointed, with multiple companies operating different train lines with separate ticketing; the easiest way to deal with this is to use an IC card which works it all out automatically when you tap in & out (otherwise you’ll likely find yourself faffing about with ticket machines to an annoying degree). The local IC card is Icoca from Japan Rail (for a full explanation on IC cards see here), but you can also use your Tokyo IC card (Suica or Pasmo) in Kyoto.

It’s often more cost-effective to use a bus pass – these are 500 yen for the day, available at the office next to the bus stops on the north side of Kyoto Station. Also some popular sites are easier to visit by bus, notably the Golden Temple and Ryoan-ji. Do be aware that buses can often get snarled up in traffic and take considerably longer, especially for slightly further areas like Arashiyama.

For the specifics of how to get from A to B by train use Hyperdia (there’s a good explanation how to use it here), for buses use Google Maps. Most visitors will probably stay near Kyoto Station or somewhere near the Sanjo/Gion area, so here are the best routes from those to the main places you’re likely to be planning for:

Nara: JR Nara line direct OR Kintetsu Line (latter is better in terms of where you end up in Nara, as the Kintetsu station’s closer to Nara Park & the Great Buddha at Todaiji; however if you have a JR Pass you might still want to take the JR Line and put up with the extra 10 minutes of walking)

The Keihan Line runs north-south down the eastern side of Kyoto and will be useful for those staying near Sanjo or Gion.

Kyoto Station: Keihan Line to Tofukuji and JR Line (1 stop) from there OR subway from Sanjo Station (changing from orange line to green line at Karasuma-Oike) OR bus #100 from Gion

Nara: Keihan Line to Tofukuji and JR Nara Line from there

Click the banner to pre-order your JR Pass and save 40 dollars, or see here for full details on buying & using the JR Pass:

Any questions about Kyoto? I used to live there and know it well – give me a shout below and I’ll get back to you.