You’ll mostly travel by train within Tokyo (and probably any other cities you visit), with the majority of Olympic venues easily walkable from their nearest train station (though there are a few outliers which will presumably have shuttle buses provided from the nearest stations). This generally means using a combination of JR lines, private railways (i.e. railways operated by private corporations separately from the national JR network), and city subways.

The ticketing’s all separate for each of these, so when you transfer from one to the other there’s a separate ticket fee. This can seem a bit confusing at first and it’s annoying having to buy a new paper ticket each time, but the simple solution is to use a stored value IC card.

These enable you to tap in and out of each train you ride without having to worry about lining up at ticket machines; they don’t save you much on fares (just a few percent), but they do save you a fair bit of hassle. They can also be used pay in all convenience stores, many fast food chains, and some supermarkets.

You can get them from any train ticket machine in the coverage area, which basically covers the whole of Greater Tokyo (and other major cities have their own cards, but if you have one of those you can also use it in Tokyo). They’re free but there’s a 500 yen deposit, plus you need to load a minimum of 1000 yen as the initial charge. The specific card you get depends on the region and train company, but they can all be charged and used interchangeably within all the coverage areas; in Tokyo you either get a Suica card from a Japan Rail station, or a Pasmo card from one of the other railway companies. The only thing you can’t do interchangeably is return the card for the deposit refund after you’re done using it – this can only be done at the ticket offices of the company that issues the card you have e.g. if you get a Suica card in Tokyo and then fly out of Osaka, you can’t refund it in Osaka. In such a case, either refund it at a JR station before leaving Tokyo, or simply make sure to use up the balance on food etc, forget the deposit, and keep the card as a memento or perhaps for your next visit to Japan.

(Note: there’s one IC card you can’t really get as a foreigner, which is the Pitapa card issued by non-JR train companies in Kansai (reason being that it’s not prepaid so requires you to have a Japanese credit history). If you do need to get one in Kansai (Osaka/Kyoto/Kobe), simply get the Icoca card from any JR station)

These IC cards work in all major cities, so if you get one in Tokyo you can also use it when visiting e.g. Kyoto or Hiroshima. In smaller towns or rural areas outside the coverage areas, you just have to use cash (or credit card if accepted, but make sure to always have some cash on you). 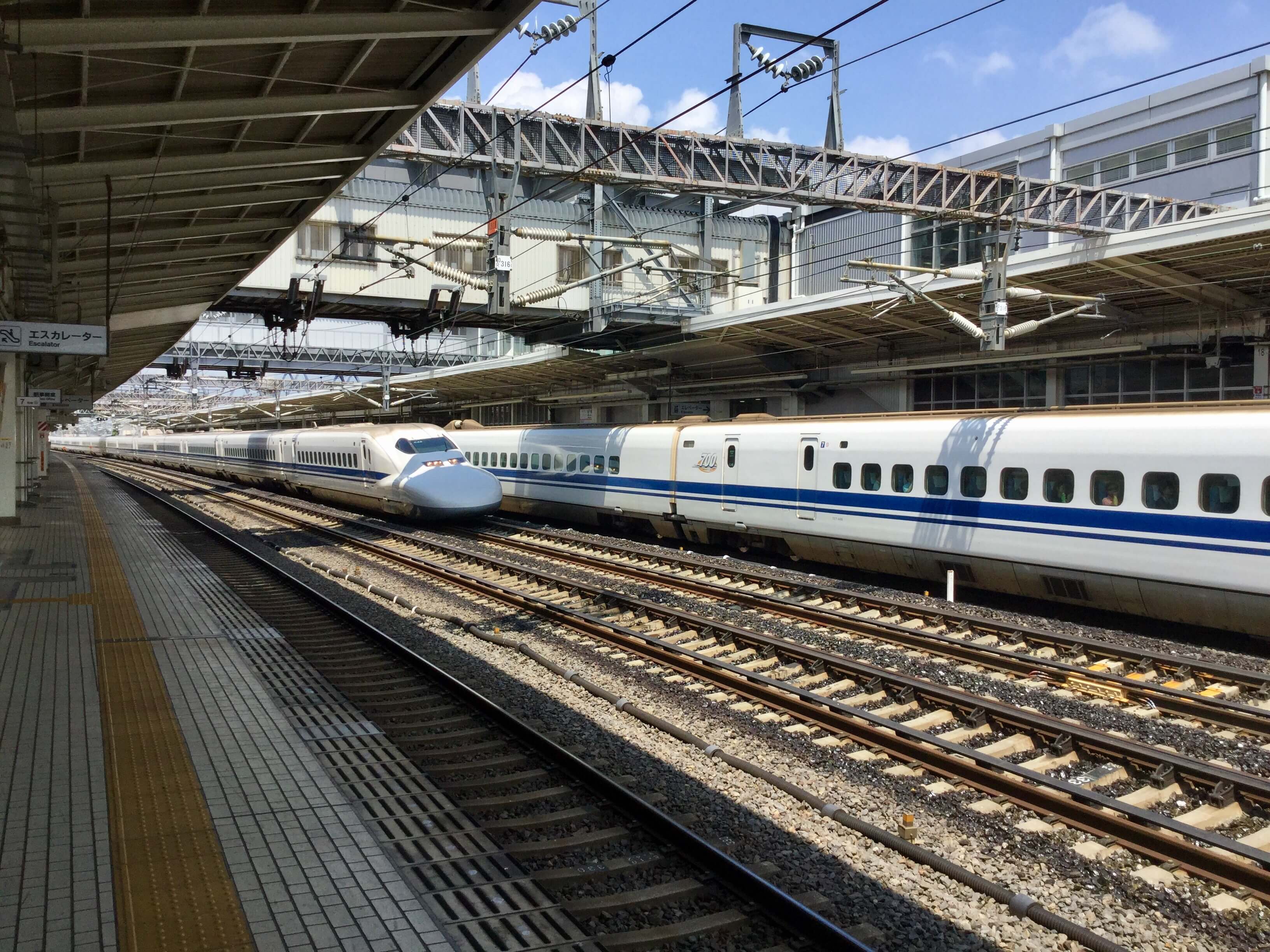 The JR Pass will be of particular use if you’re planning to do some travel to other cities and regions for sightseeing in addition to your Olympics-related activities in Tokyo. For example, you could use it to go from Tokyo to Hiroshima, then work your way back to Tokyo via Kyoto. For full details on the JR Pass click here, or click the banner to browse & order:

Of course flying’s also an option, and for longer distances e.g. Tokyo-Sapporo or Tokyo-Kumamoto it often works out both faster and cheaper than the shinkansen. The main low cost carriers in Japan are Peach, Jetstar, and Skymark, and a few regional airlines like Air Do for Hokkaido. JAL and ANA also cover all the domestic routes.

Use Kayak to search all of the above airlines to see who has the best fare available for the route & date.

If you’re on a tight budget you can also use the highway buses – these are significantly cheaper for single tickets, but journey times are long (e.g. Tokyo-Osaka is 8 to 10 hours by bus vs 3 hours by bullet train) and the bullet train can actually still work out cheaper if you make good use of the JR Pass. The easiest bus company to use for non-Japanese speaking visitors is Willer Express.

So, how to get around then? If you’re not set on flying for time reasons or taking the bus for budget reasons, the thing to do is look at where you intend to go and calculate the total price for individual train tickets (which you can do on Hyperdia; see here for an explanation on how to use it). If that’s more than the JR Pass price for the time period in which you’re doing it, get the pass; if it’s less, buy individual tickets (and of course you can also check the flights).

Any questions about transportation in Japan? Give me a shout below and I’ll get back to you.

Click the banner to order your JR Pass, or see here for my guide to using it: