↓ Skip to Main Content
Home › Japan › Gundam Got An Upgrade

Gundam Got An Upgrade 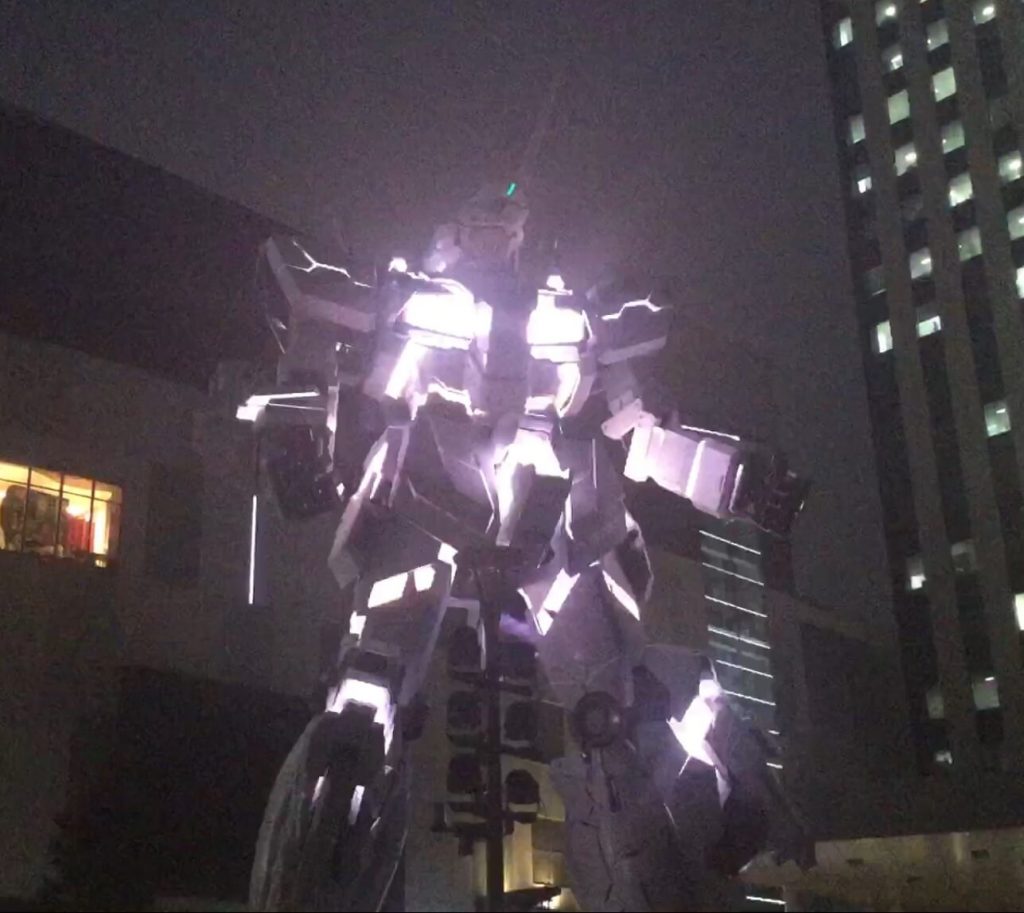 Having never seen an episode, I know very little about Gundam other than that it’s a classic Japanese anime about giant mecha robots defending the Earth, or something like that – I’m more of an Evangelion fan, though to be fair that could be described the exact same way! (see here for some random musings on different future anime Japans) 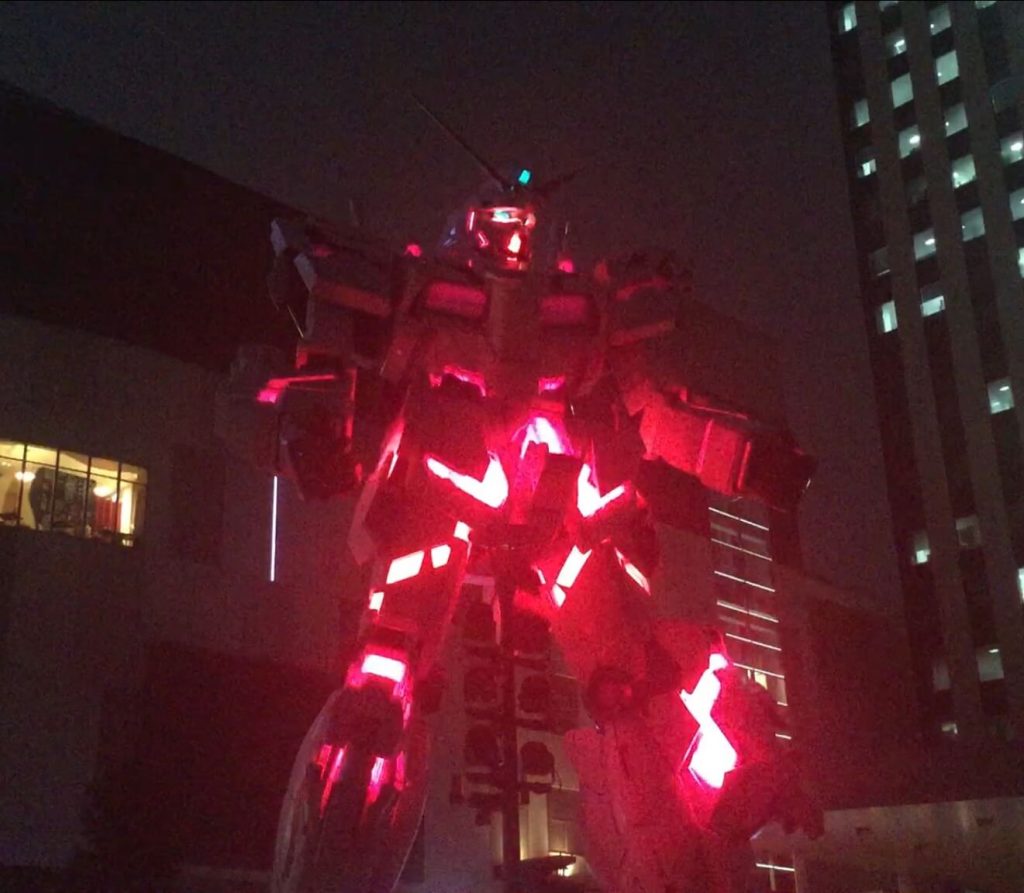 But you don’t really need to know the show to appreciate a giant life-sized robot statue (especially one that does light displays while it transforms), you just need to be a bit of a geek. 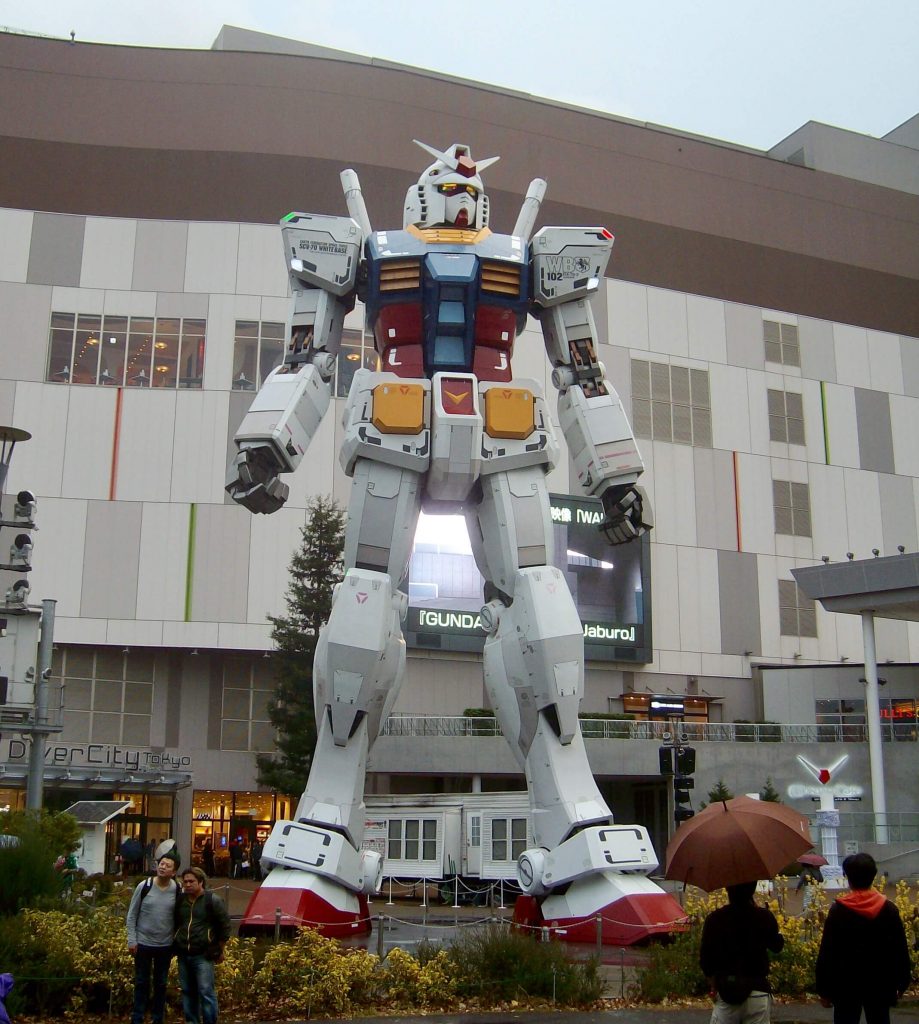 The original Gundam statue stood outside the Diver City mall in Tokyo’s Odaiba district (an artificial island in Tokyo Bay with various attractions) and became a popular tourist sight despite never having been intended to be permanent. So when they (whoever ‘they’ is) finally decided to remove it as originally planned, they went one better and installed a permanent, upgraded Unicorn Gundam. 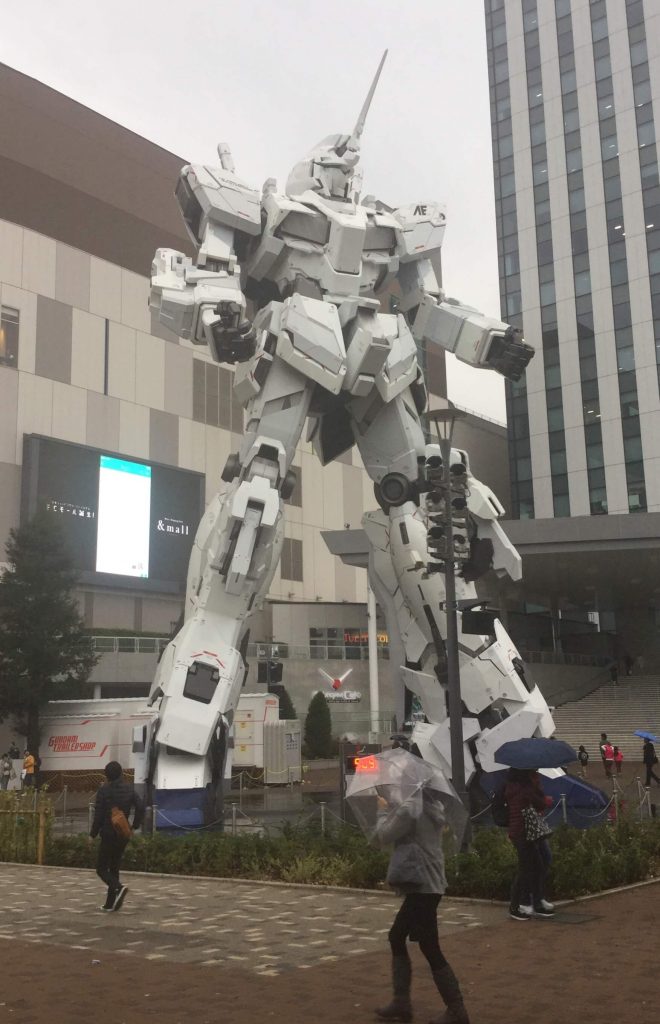 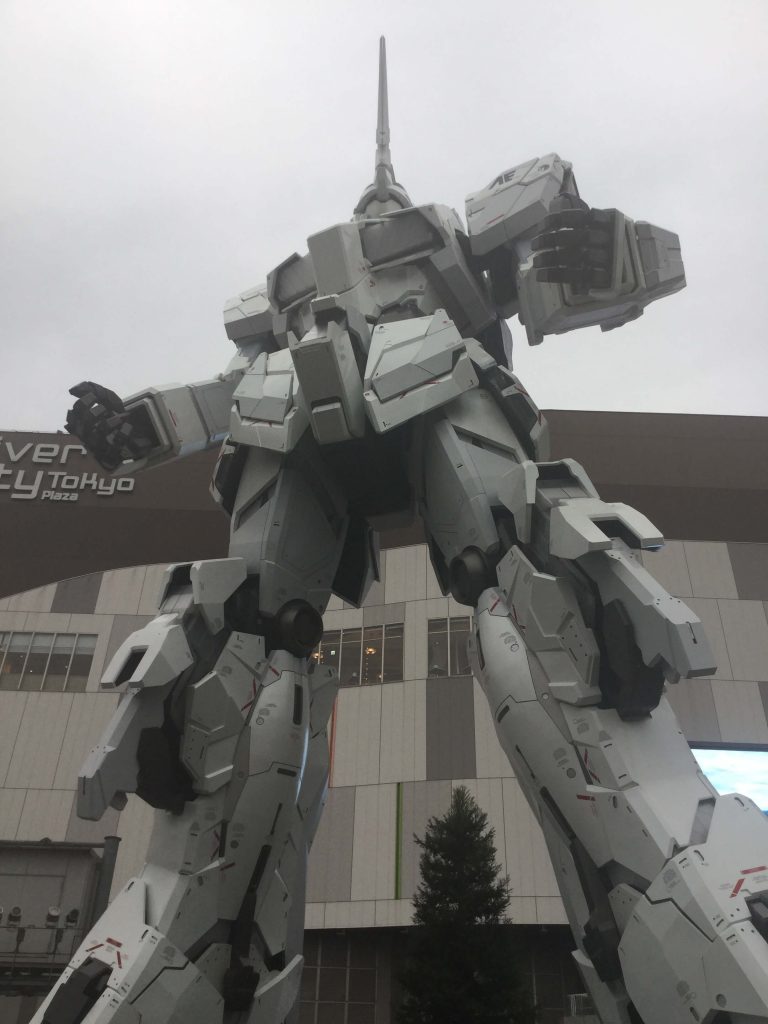 This badboy transforms, as the Unicorn Gundam did in the show when it went into Destroy Mode, and the flashing lights produce a particularly good effect after it gets dark.

This isn’t something to get too excited about to be honest, but Odaiba’s an interesting enough area to check out for half a day and you might as well time it for the transformation – at time of writing the statue transforms at 11:00, 13:00, 15:00, and 17:00 every day. For something random to do, you can reach Odaiba by walking over the Rainbow Bridge.

For some more random things to do in Tokyo see here