Drugs Busted After the 2006 World Cup. Sort of…

At the World Cup in Germany, where I came into possession of a dodgy bag…

“Sir,” she said in a suddenly stern voice, “your bag’s tested positive for amphetamines.”

My jaw hit the floor. My bag? Amphetamines? You what?

I was standing in the customs area of Christchurch Airport, the entire contents of my bags laid out before me on the cold metal counter, and I could hear the Aussie snowboarder behind me at the next counter being arrested for the bag of weed they’d found on him.

“I’ll take another swab and check it again,” the customs officer continued, producing another cotton wool swab and wiping it around the inside of my rucksack.

I watched as she went back over to the machine in the corner, and grimaced as it issued the same series of ominous bleeps it had the first time. Meanwhile the Aussie behind me was protesting his innocence, insisting he had no idea how the weed got there, that it wasn’t his, that he’d been at a party last night and got wasted and someone else’s weed must’ve found it’s way into his stuff… but all to no avail. He was arrested and led away, presumably for deportation or perhaps first a spell behind bars followed by deportation.

So now I was shitting my pants – I knew I’d done nothing wrong, but if the machine was flagging me up for drugs, what would I be able to do? It flashed through my mind that at least this was happening in New Zealand and not somewhere with more draconian laws like Dubai or Indonesia.

She came back over and confirmed that my bag was indeed testing positive for drugs, and suggested I had some explaining to do… 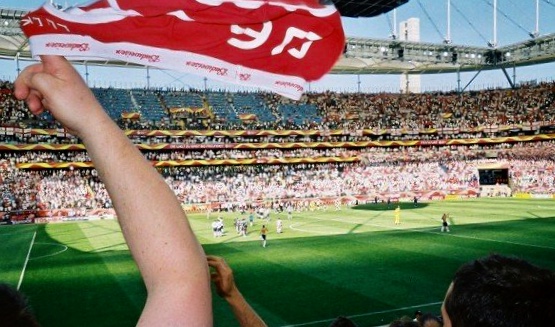 Ten days earlier I was in Germany, attending an England match at the 2006 World Cup. England beat Paraguay 1-0 that day thanks to an own goal following a Beckham free kick; not the most riveting of games (to be honest it was pretty rubbish), but the atmosphere was awesome both in the stadium and in the streets of Frankfurt afterwards. We partied into the night and next day watched more matches on a giant screen in the middle of the river and then ambled around grabbing drinks from the German beer stalls and Brazilian caipirinha stands while sampling the local street food, mingling with a colourful array of fans largely from Argentina, Serbia, and Holland, all out to watch their teams’ own games.

I was with the assistant manager of the bar I worked at, and the icing on the cake was that we didn’t pay a penny for our flights, hotel, or match tickets – it was all on Budweiser’s tab. Budweiser was (and still is) the official beer of the World Cup, and we’d won a bar competition which got us places on this Budweiser VIP tour.

They flew us over on a charter flight full of others from the hospitality industry (pub owners & managers, mostly) who’d somehow or other also been selected (by selling lots of Bud, mostly), and picked us up at the airport where we were loaded into coaches by a bunch of Budweiser reps who handed out all the bottles of Bud we wanted for the trip to the hotel.

Now while I’m not the biggest fan of Budweiser (in fact it’s utter piss), if they fly me to the World Cup and give me free beer I’ll happily drink it!

Entering the hotel we found yet more free Bud waiting for us in an ice bucket, along with some souvenirs – namely a pair of rucksacks, each containing a branded t-shirt & mini-football.

Beers & showers and then we were off to the game and out on the town. Two weeks later when I packed for New Zealand that free rucksack from Budweiser came in handy, my old one being pretty worn out, and I took it as my carry-on bag.

And so, after a few days in Hong Kong (during which England beat Ecuador in the second round) and a change of flights in Sydney, I found myself in trouble at Christchurch Airport on account of that bag. 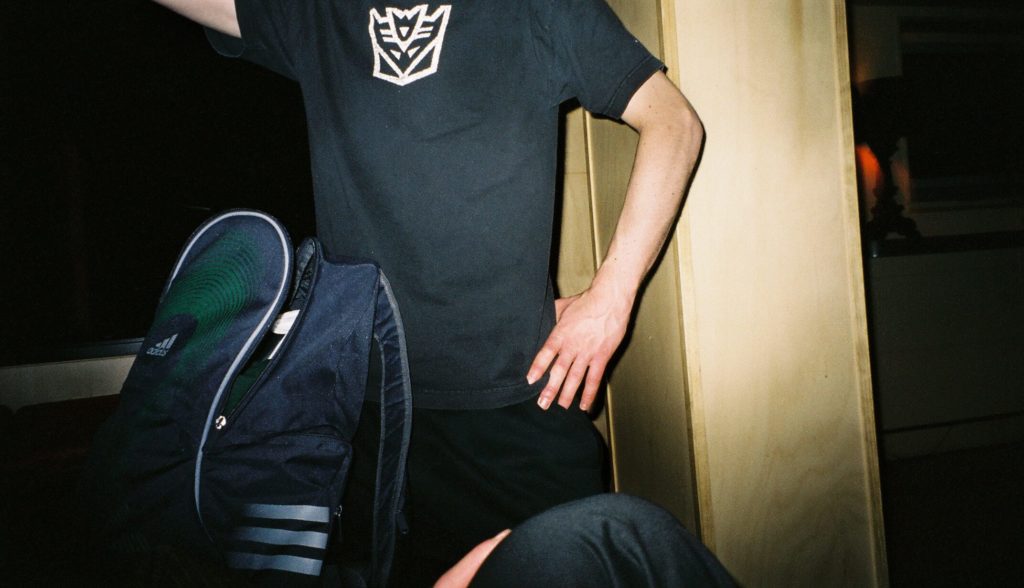 Amazingly this random dud photo came in useful. Not sure who took it (that’s their knee) but they took it with my camera in a Queenstown bar (that’s my t-shirt & arm), and that bag is the culprit of this story

Predictably enough they’d taken me aside for questioning and a bag search, I get that shit all the time – I seem to have some sort of border guard target painted on my forehead. Nothing for it but to grin and bear it.

In this case it’d been a tedious but not so unpleasant experience. The questions she’d asked weren’t too searching, mostly just about why I was there and what my plans were – my answer that I was there to work bars for the ski season obviously matched the working holiday visa in my passport and all the snowboard gear I was carrying, and at least she was polite & apologetic about having to go through everything in my bag, item by item.

Tedious, yes, but she was friendly enough and we had a laugh about my bag of dirty underwear, so the invasiveness didn’t leave too bad a taste. She explained she just had to do a quick swab test, and then I could be on my way.

I guess they’re trained to spot when someone’s lying, and when she told me my bag was testing positive for amphetamines I think my gobsmacked reaction would’ve been pretty hard to fake.

Another officer joined her at this point, a tall bloke doing an intimidating interrogation voice as they re-questioned me, basically the same questions but re-phrased and in a different order, asked rapidly to trip me up if I was lying. I tried to keep calm and not get flustered or accidentally say anything contradictory, but even though I’d done nothing wrong I still felt myself getting nervous and clammy. Still, I knew I was telling the truth and simply told them how I’d just been to the World Cup and exactly how I’d come into possession of this bag without buying it or knowing its prior history.

After what seemed like an eternity of questioning (but was actually only 5 minutes or so), they simply said we were done and I could pack my stuff back up and go through, welcome to New Zealand mate…

“Huh? So you’re not arresting me?”

And while I repacked my bags she explained there was nothing to arrest me for – I didn’t have any drugs, and it’s not a crime to have a bag that had once contained drugs. Furthermore I’d given a plausible story (I’d shown them the World Cup pics on my phone) and she believed I was telling the truth – she was being friendly again now, and we shared one last joke about the possible history of my bag. Seemed to us that maybe those Budweiser reps had been having quite the party in Germany… 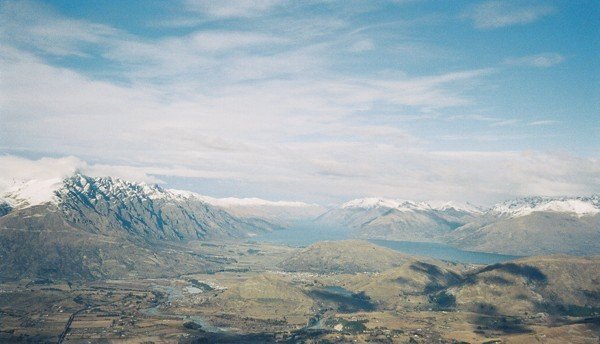 So, all’s well that ends well, and I went on to work & snowboard in Queenstown for the season. But, as had occurred to me at the time, it really wouldn’t have been funny if that’d happened at the airport in Bali or Bangkok or Dubai, places with very harsh drug laws and where I’m not sure the officers would even have heard my story out.

And it got me thinking about the occasional news stories you read of Aussies being busted in Bali with drugs in their surf bags, for example, but protesting they’re innocent, and wondering how many of them actually are… if it were your word against that of the customs officers (or the bleeping of a machine), what could you do? Many countries have the death penalty, and apply it to drugs smugglers. And there’s no way to make absolutely certain this could never happen to you, save to fly with only carry-on bags… I’m just glad it happened in New Zealand with no further consequences, and hope it never happens again. Although it’s no surefire guarantee, always lock your bags!