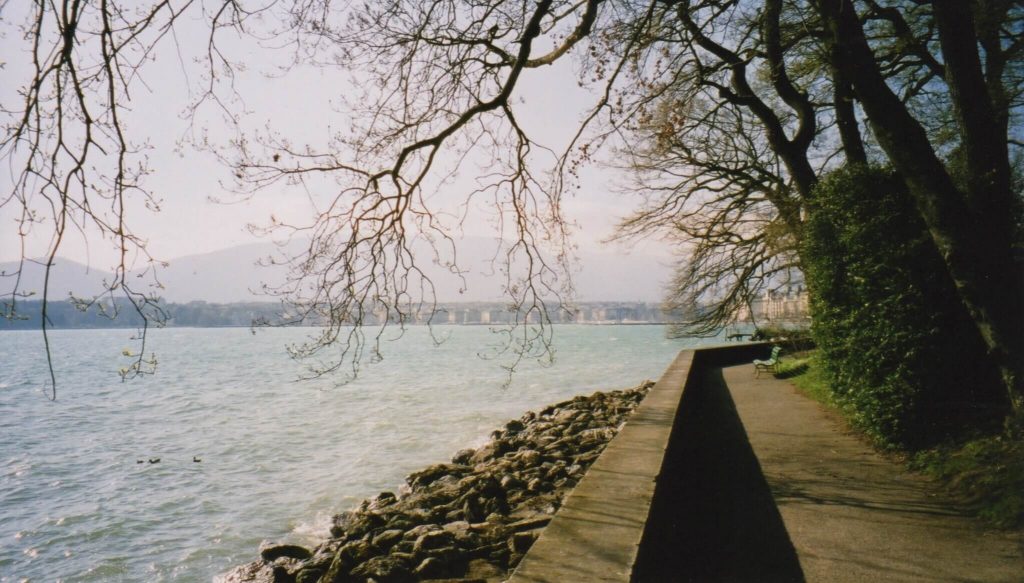 Landlocked Switzerland isn’t the place for beach lovers, but if you’re into lakes and mountains it’s pretty much the dream destination. The scenery’s awesome (as is the skiing), and the cities are also great (though a bit expensive!) for exploring.

Travel to, from, and within Switzerland overland

Switzerland has well-developed road and rail networks, both of which are easy ways to get around the country, with high speed TGV connections to France from Geneva and high speed ICE connections from Zurich to Germany. An Interrail pass (for Europeans) or a Eurail pass (for non-Europeans) is a good way to travel to Switzerland overland as part of a wider European trip (as I did the second time I went Interrailing).

As a member of the Schengen Area, and being surrounded by fellow Schengen countries, border crossings aren’t something you have to think about too much when overlanding through Switzerland, but police sometimes do check IDs. Also be aware that Switzerland is in Schengen but is not a full EU member which means that while there are no immigration controls with Italy, France and Germany, there are customs controls so your bags could potentially be checked.

Things to do in Switzerland

The Alps. In winter, go skiing; in summer, go hiking or ride one of the sightseeing trains such as the Glacier Express.

Stroll along the shores of Lake Geneva.

Admire the architecture and explore the old towns of whichever cities you visit.

Ride the train from Zurich to neighbouring Liechtenstein (or Austria beyond). While this isn’t officially a “scenic train”, it’s the most scenic bit of rail I’ve ever travelled along, taking you along the shores of the Zurichsee, Obersee, and Walensee lakes, the mountains reflected in the surface of the still lake waters. Poorly photographed, but here’s one of the lakes from the train window:

(This page contains affiliate links i.e. if you follow the links from this page to Interrail, Eurail, Amazon, Agoda, or World Nomads and make a purchase, 4corners7seas will receive a commission from them. This commission comes out of their profit margin at no extra cost to you. I’m recommending these products because they’re awesome, and thank you in advance should you choose to purchase them via the above links)