Little Luxembourg punches above its weight politically and economically (being a founding member at the heart of the EU), but is mostly overlooked as a tourist destination in favour of neighbouring France and Germany. If you do visit you’ll find a pleasant capital surrounded by pleasant countryside, and it’s easy to include as a stop if you’re overlanding around western Europe (as I did on my second Interrail trip).

Travel to, from, and within Luxembourg overland

Luxembourg is a small and wealthy country. It has well-developed road and rail networks, both of which are easy ways to get around the country and travel to neighbouring France, Belgium, and Germany, and an Interrail pass (for Europeans) or Eurail pass (for non-Europeans) is a good way to travel to Luxembourg overland as part of a wider European trip.

As a member of the Schengen Area, and being surrounded by fellow Schengen countries, border crossings aren’t something you have to think about much when overlanding through Luxembourg (although police do sometimes board trains near borders to check IDs). 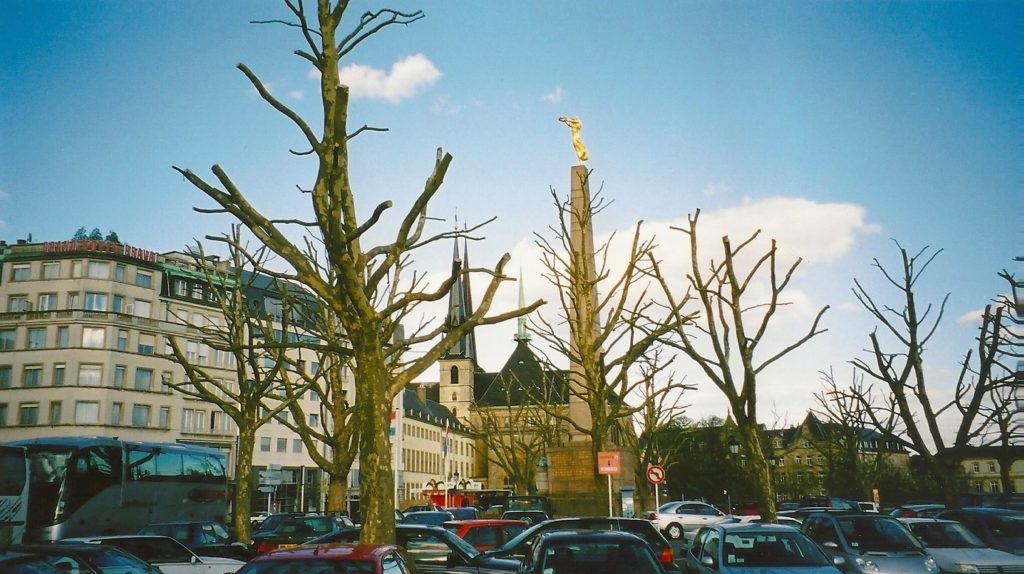 Things to do in Luxembourg

Wander around the capital’s old town with its meandering alleyways and striking city wall fortifications. That’s pretty much all I did!

World Nomads offer flexible travel insurance you can buy even if already overseas (most travel insurance companies won’t cover you if you’ve already left your country, and this can be a crucial point as I once found out the hard way in Thailand).

(This page contains affiliate links i.e. if you follow the links from this page to Interrail, Eurail, World Nomads, or Amazon and make a purchase, 4corners7seas will receive a commission from them. This commission comes out of their profit margin at no extra cost to you. I’m recommending these products because I know and trust them from personal use; thank you in advance should you choose to purchase them via the above links)