Lithuania is a small country located in the Baltics between Latvia and Poland, also sharing borders with the Russian exclave of Kaliningrad to the west, and Belarus to the east. In recent decades Lithuania has gone from being one of the constituent Soviet Republics of the USSR to being a modern European democracy and EU member, with a dramatic rise in GDP and living standards.

Travel to, from, and within Lithuania overland

Lithuania has a well-developed road network, and a domestic rail network that serves its major towns and cities.

In terms of international overlanding, Lithuania’s railway was originally part of the Soviet Union’s rail network which connected the Baltic republics to Moscow at the centre of the web. Services still run via Minsk to Moscow (and also to Kaliningrad) making Vilnius a possible starting point for a Trans-Siberian journey. However, there are no through services north to Riga, or south to Poland, as Soviet railways were built with a wider gauge than those in most of Europe; the existing Baltic railways are incompatible with those in Poland, Germany, and beyond, though this will change in the not-too-distant future thanks to the Rail Baltica plan. Until then, Lithuania to Latvia can be done by rail using the service from Vilnius to Latvia’s Daugavpils, and connecting from there for a train to Riga – but taking the bus is (much) faster. Furthermore, the Baltic states are not included in the Interrail system (likely due to the gauge difference), so unless you’re a train enthusiast the bus is the better option to / from Latvia; and the bus is the only option for Poland for now.

Update: as of summer 2016, work to convert a section of Lithuania’s railway to standard gauge for the Rail Baltica plan has been completed, allowing travel by rail between Warsaw and Vilnius; however, this isn’t yet the full Rail Baltica service and for the time being it requires two changes of train. Seat61 has the detailed information on this rail journey.

There are also car ferries available from Klaipeda on the coast over to Sweden (which you can book online here) and Germany (here).

As a member of the Schengen Area, border crossings aren’t something you have to think about much when overlanding between Lithuania and Latvia or Poland, or going by sea to Sweden or Germany. Russia and Belarus are another matter altogether; if you want to take the train to Kaliningrad or Minsk you’ll have to have your visa for Russia or Belarus sorted before leaving your country of residence. If you want to take the train through Belarus to Moscow, you’ll need visas for both! 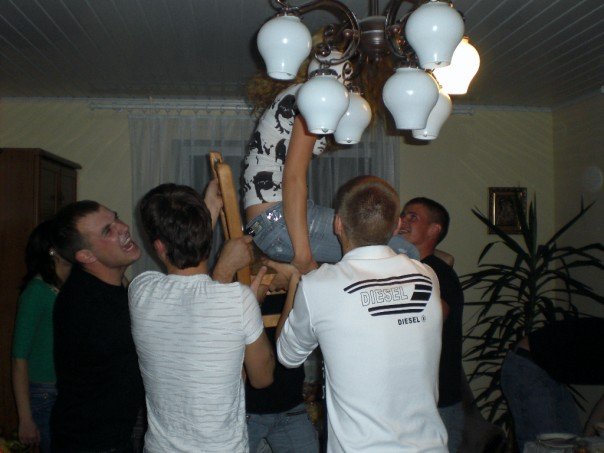 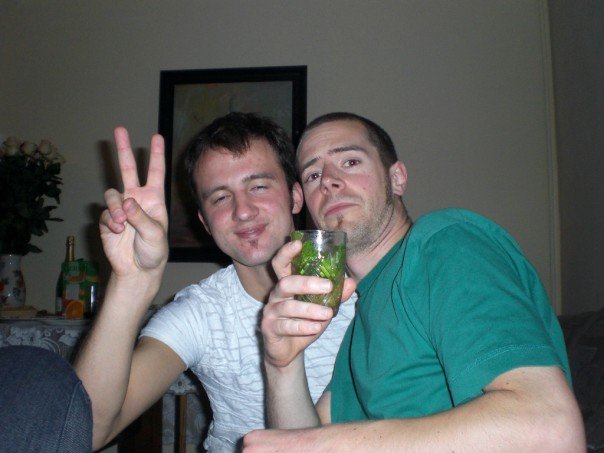 Far too drunk by this stage

Things to do in Vilnius

Go to your friend’s boyfriend’s sister’s birthday party… having done this, I can warn you that being the only foreigner at a party in Lithuania means you’re going to have to do a shot of vodka with every single person there. As welcoming as that is, it’s a little too welcoming! I don’t remember much, but at least I managed to get outside before vomiting…

Explore the old town and walk up to the castle.

Visit the former KGB head quarters, now a museum to remember the victims of the Soviet occupation of Lithuania. The execution room in the basement is particularly grim, with objects found in mass graves displayed beneath the glass floor.