Denmark is an easy place to travel, and Copenhagen’s position as the main conduit between Scandinavia and the rest of Europe makes it a likely stop on overland routes through Northern Europe. 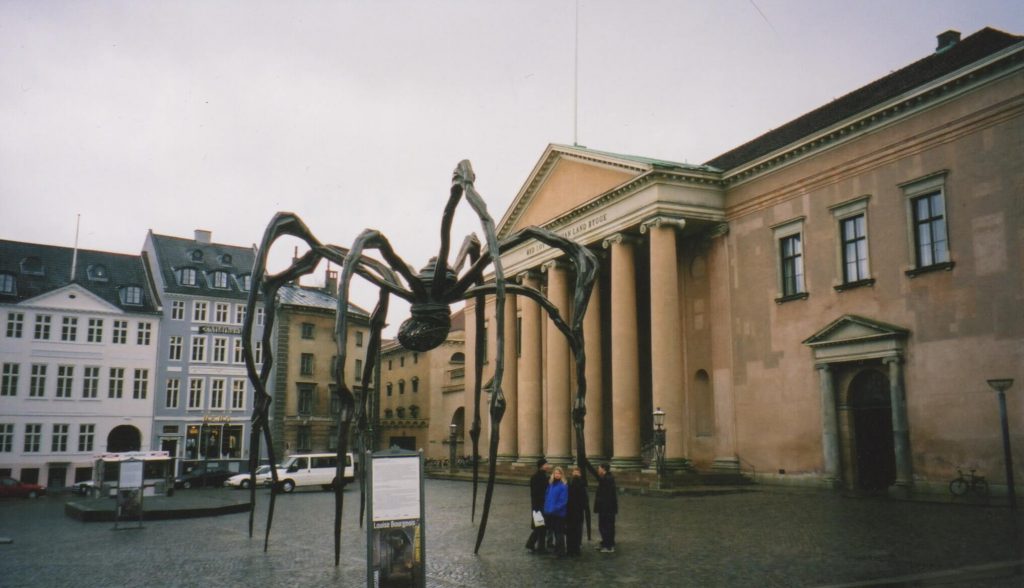 Travel to, from, and within Denmark overland

Denmark has well-developed road and rail networks, both of which are easy ways to get around the country; an Interrail pass (for Europeans) or a Eurail pass (for non-Europeans) is a good way to travel to Denmark overland as part of a wider European trip (I included it on my second Interrail route). A historically maritime nation, it’s also connected by passenger ferry to various neighbouring countries, though the long-distance routes to the UK have lost out to budget airlines and been discontinued (booooo!)

As a member of the Schengen Area, and being surrounded by fellow Schengen countries, border crossings aren’t something you have to think about much when overlanding through Denmark (although police do sometimes board trains near borders to check IDs).

The Little Mermaid (on a miserable day)

Denmark’s Jutland peninsula is the only part of Scandinavia that has a physical connection (and land border) with Germany and the rest of Western Europe. However, its capital city Copenhagen is located on the island of Zealand, and if you’re overlanding through Germany and Denmark to Sweden, the fastest route skips Jutland. While Zealand can be directly accessed by road from Jutland (and therefore Germany) via Funen island and a couple of bridges, there’s a short ferry connection across the 18km stretch of Baltic Sea that separates the German island of Fehmarn from the Danish island of Lolland (both of which are connected by bridges to points beyond). The really neat thing about this ferry is that the car deck has a section of railway track running its full length – your entire train actually rolls onto the ferry in Germany, and off again in Denmark (or vice versa). This means you can take a direct train between Hamburg and Copenhagen, crossing this stretch of sea without changing trains – you simply get off the train, stretch your legs on the ferry and snap some photos of the Baltic, and then continue on the same train to your destination. A little time consuming, sure (it takes about 5 hours from Hamburg to Copenhagen), but very cool. The ferry is actually an international crossing, but thanks to the Schengen Agreement you barely notice this. If you buy a train ticket for the route the ferry cost is included in the train ticket, but if you want to book it separately as a foot or vehicle passenger you can do so here. *note: the train ferry makes its final crossing on December 14th 2019, at which point Hamburg-Copenhagen trains will be routed via the islands & bridges until the new tunnel under the Baltic is completed.

From Copenhagen, it’s just a short (20-minute) hop by rail over the Oresund Bridge to Malmo, Sweden. If you appreciate a good bit of engineering, this is well worth it for the bridge alone!

There are also multiple ferry services to Norway, Sweden, and Germany from various Danish ports (which you can search and book online with Direct Ferries), but unfortunately the Denmark – UK ferries are now a thing of the past. A discount of 10% to 50% is available to Interrail pass holders on Fjord Line ferries between Denmark and Norway. Most intriguingly, there is also a weekly ferry from Denmark to the Faroe Islands (also – sort of – part of Denmark) and from there on to Iceland. I haven’t been to Iceland yet, but when I do go it’ll be overland and sea!

The changing of the guard at the palace: 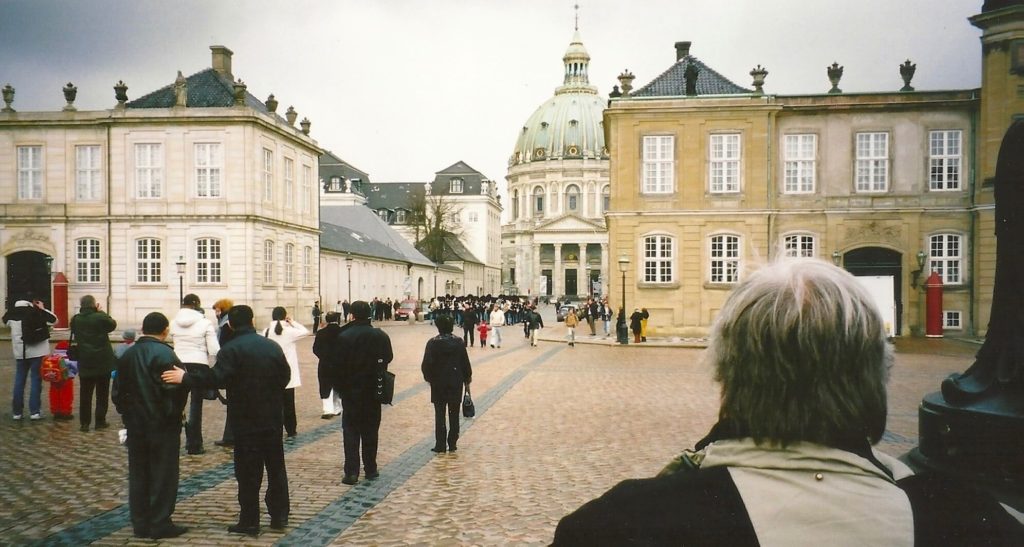 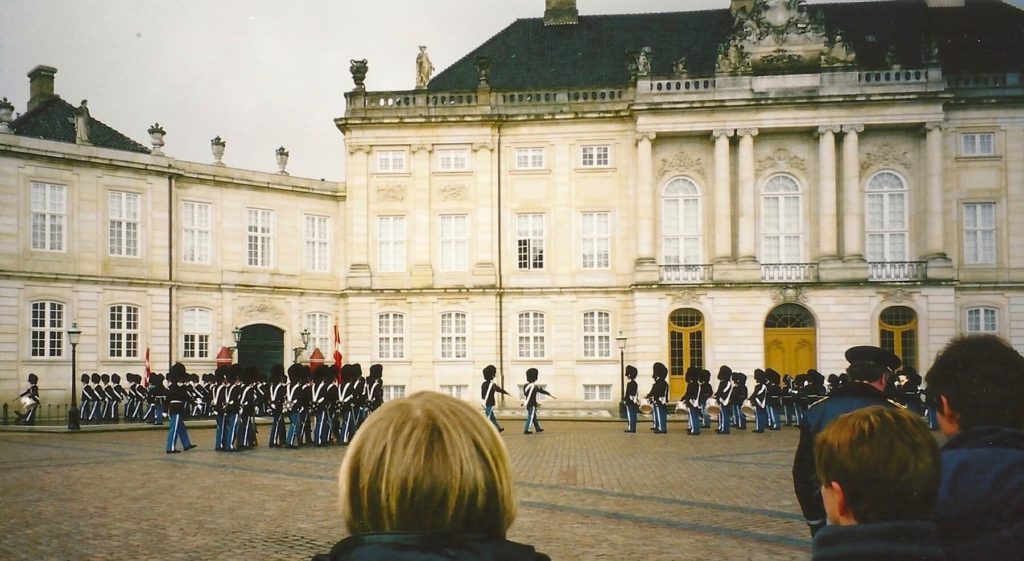 Visit Amalienborg, the Danish royal palace. By complete chance I happened to do so just as the changing of the guard ceremony was taking place; if you don’t want to leave it to chance, be there at noon!

Go see the famous Little Mermaid statue; the statue itself isn’t much to get excited about, but it’s a Copenhagen icon and gives you a good goal / excuse for a walk.

Pop over to Sweden for the day.

Hang around in trendy cafes – I spent much of my four days in Copenhagen trying to stay dry; the weather was atrocious!

Search for hotel deals in Denmark

World Nomads offer flexible travel insurance you can buy even if already overseas (most travel insurance companies won’t cover you if you’ve already left your country, and this can be a crucial point as I once found out the hard way in Thailand).

Seat 61 has the details for London to Denmark by train