The Best Places to see the Autumn Colours in Seoul 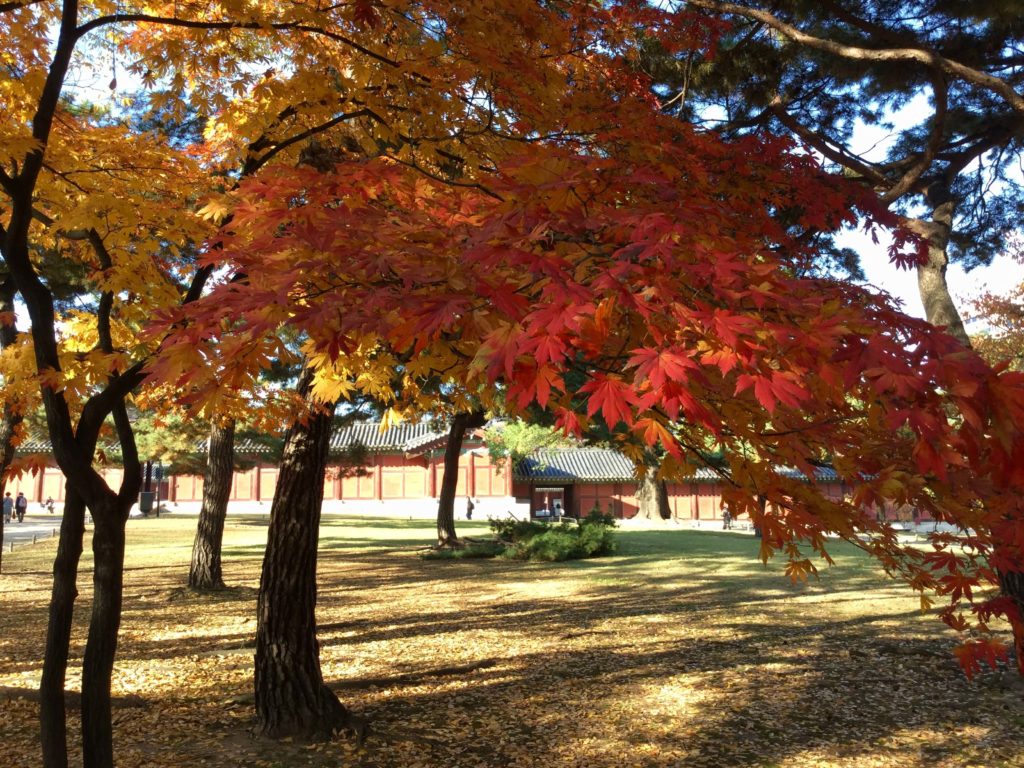 Ask any Korean the best time of year to visit Seoul, and chances are they’ll say October; summer’s too hot (true), winter’s too cold (but good if you like skiing), spring’s lovely if you time it just right for the cherry blossoms, but visit in October and you’re virtually guaranteed pleasant weather (unless you get unlucky with a typhoon, though Korea doesn’t suffer them anywhere near as often as Japan & Taiwan). 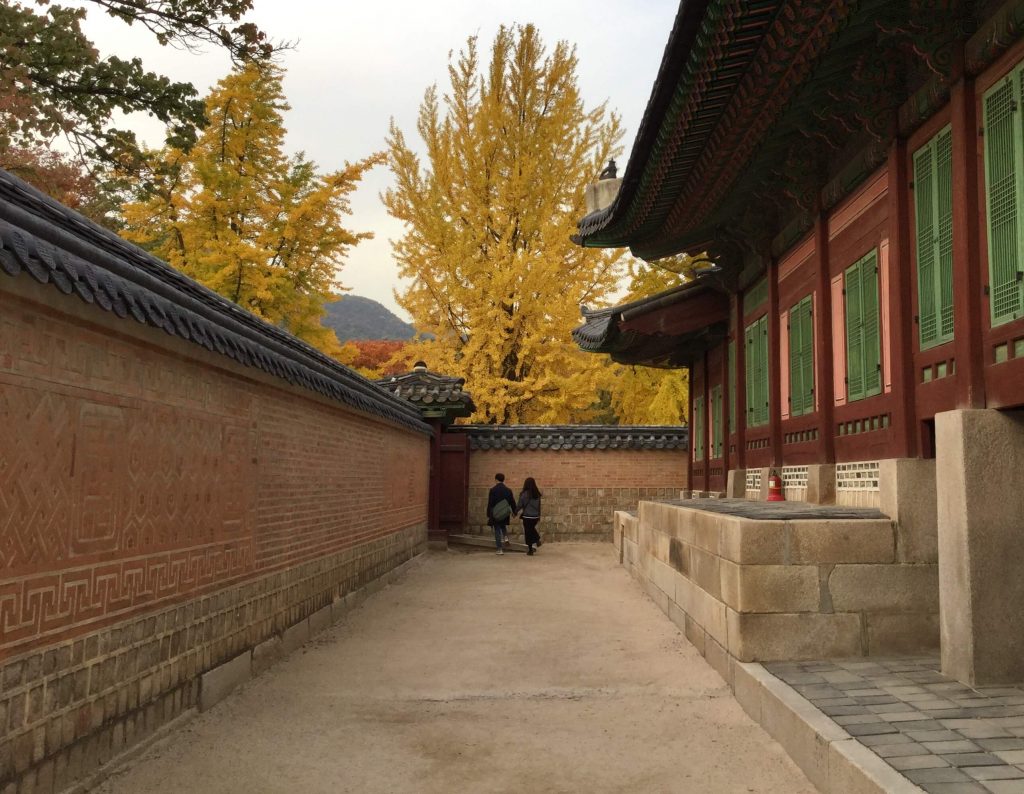 But the real treat in October is the autumn colours, which work their way down the flanks of the mountains around the city throughout the month, peaking in the parks & palaces in mid to late-October. 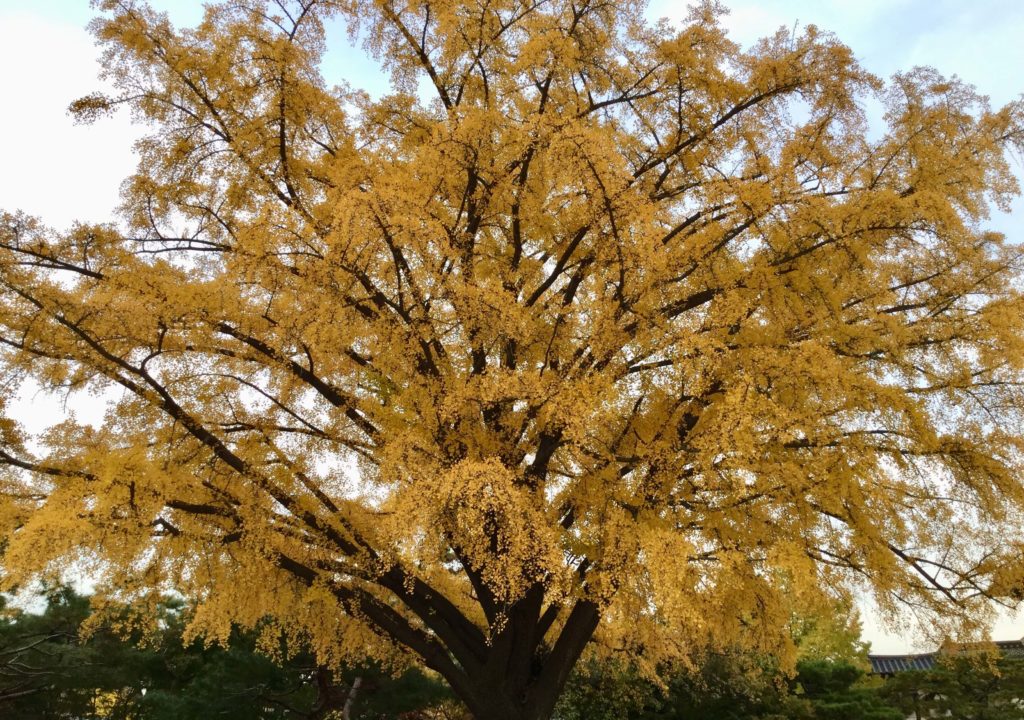 The ginkgo & maple trees in particular put on the best show, their vivid yellows and reds giving Seoul a splash of welcome colour in the second half of the month. Here are the best places to see them: 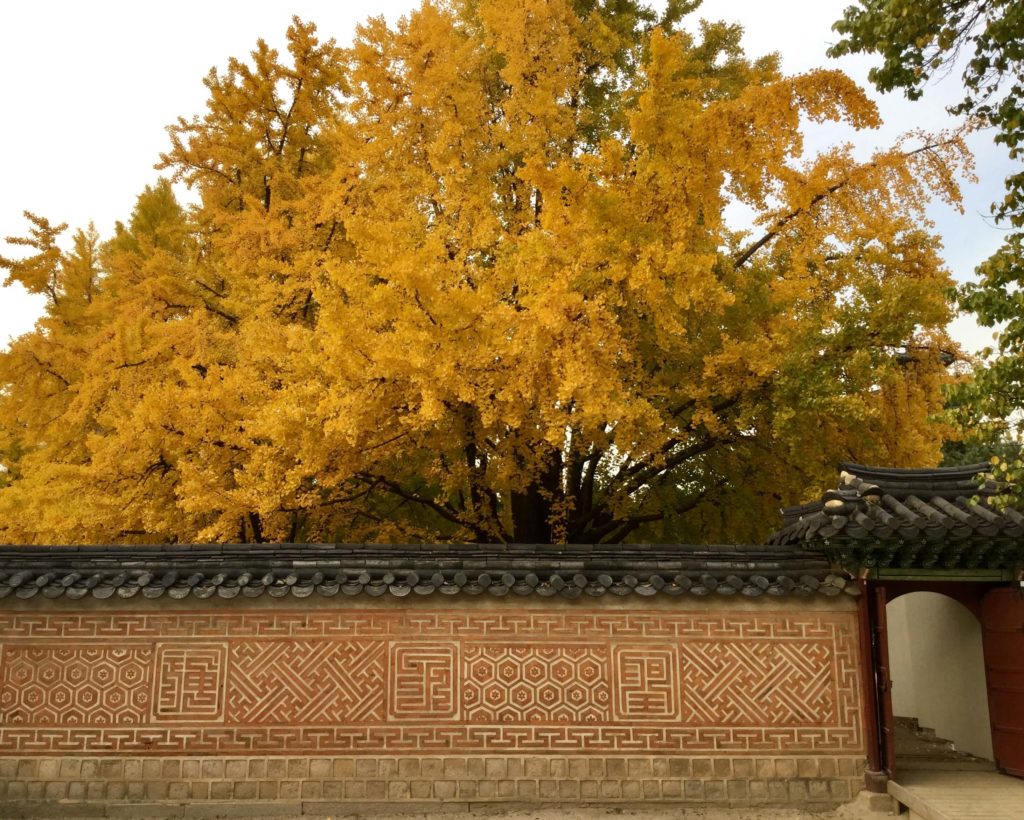 Seoul’s Five Grand Palaces are good to visit at any time, but especially so in spring & autumn. While they all have maple & ginkgo trees on their grounds (though not so many in the case of Gyeonghuigung), the real star of the show is the Huwon secret garden at Changdeokgung: 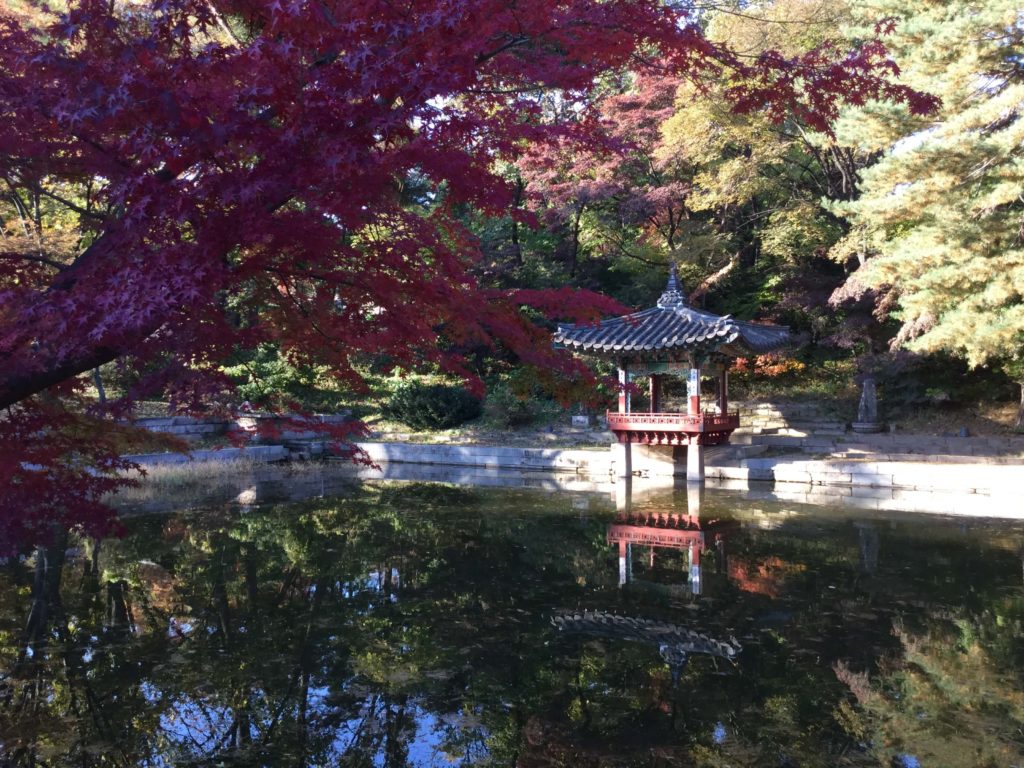 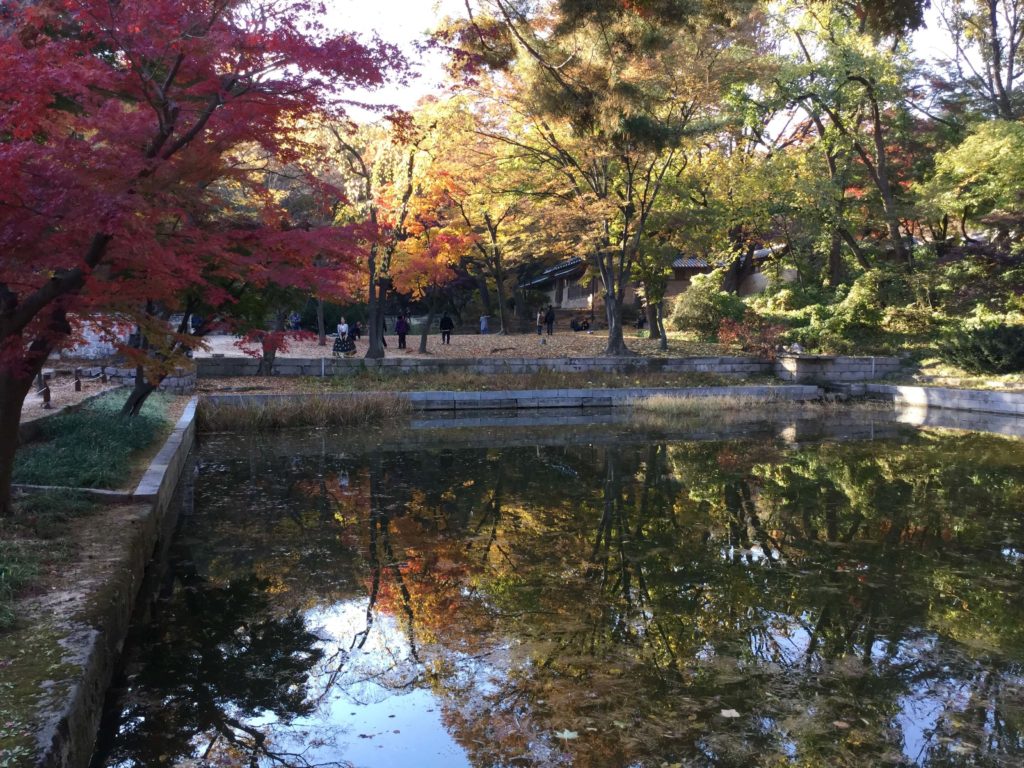 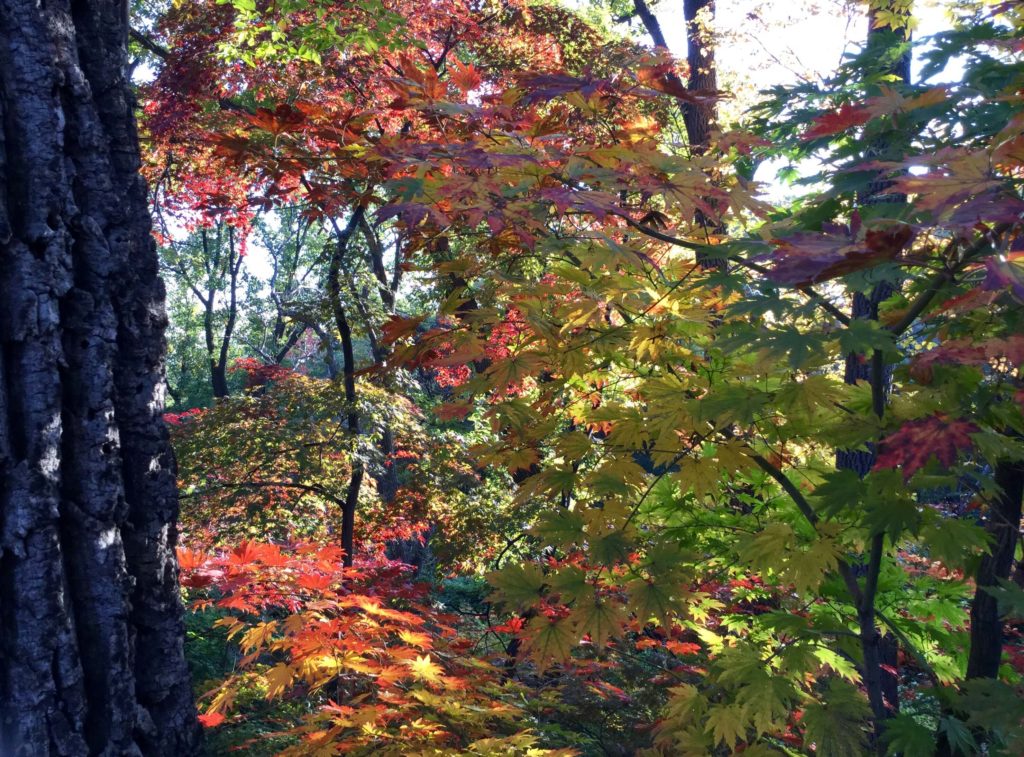 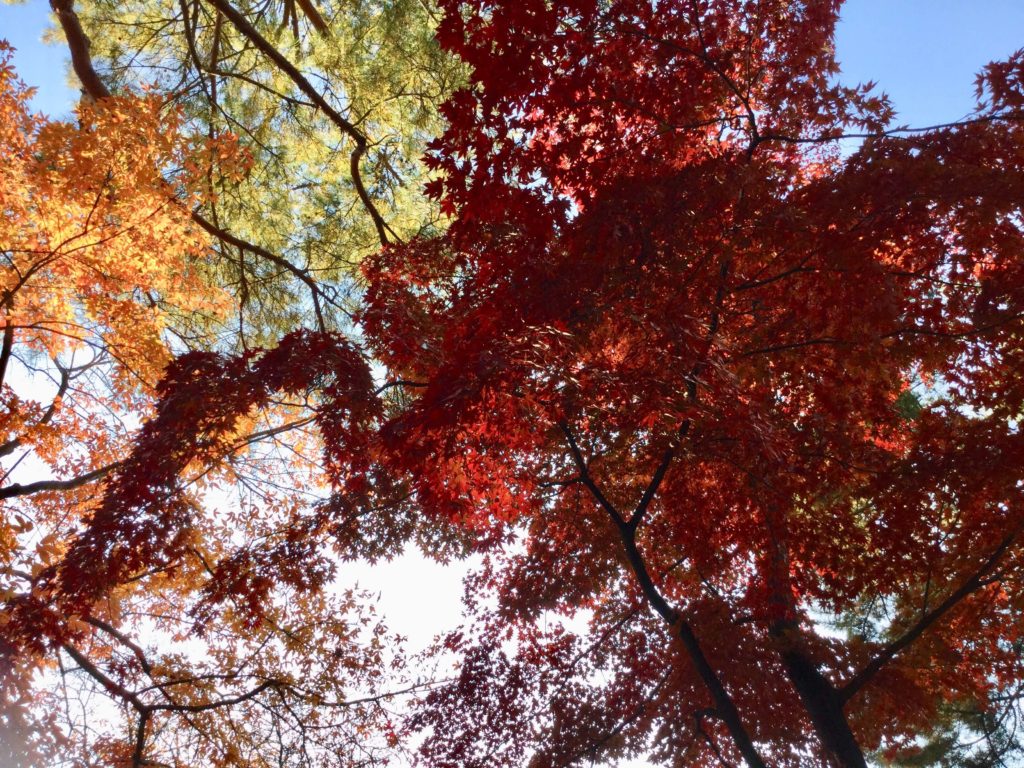 For more on the palaces see here

An artificial lake in the Jamsil area, also home to the Lotte World theme park and Lotte World Tower, Seokchon Lake’s surrounded by cherry blossom trees. It’s spectacular when they bloom in spring, but it’s also a popular spot for a stroll under the red leaves in mid to late-October: 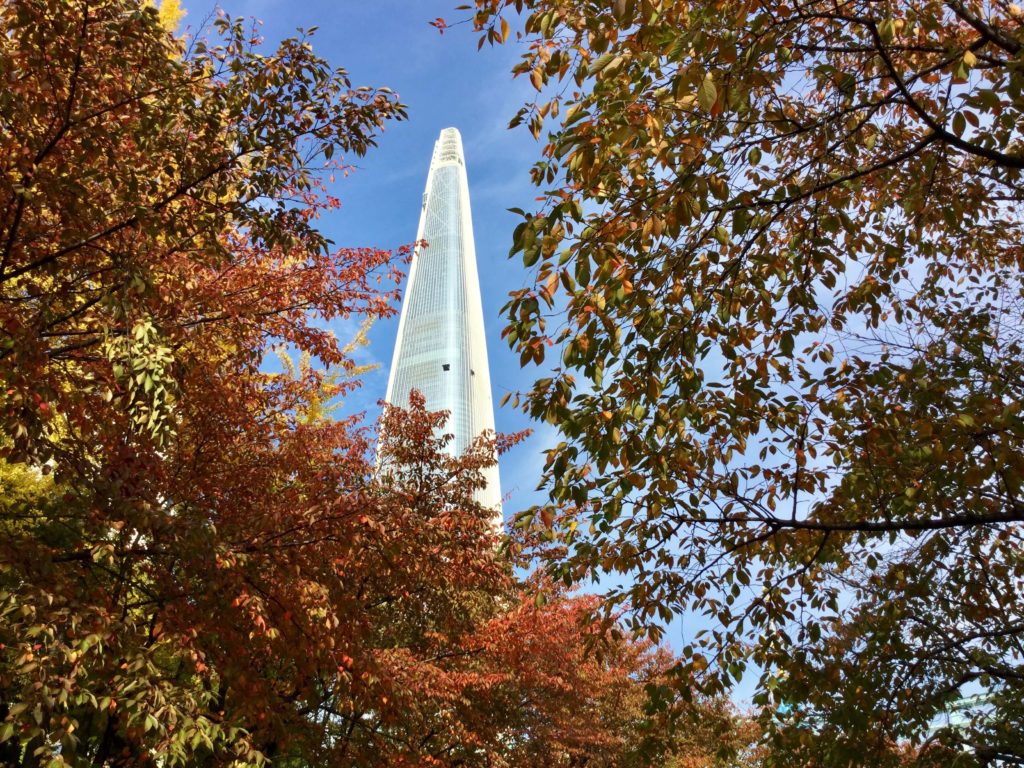 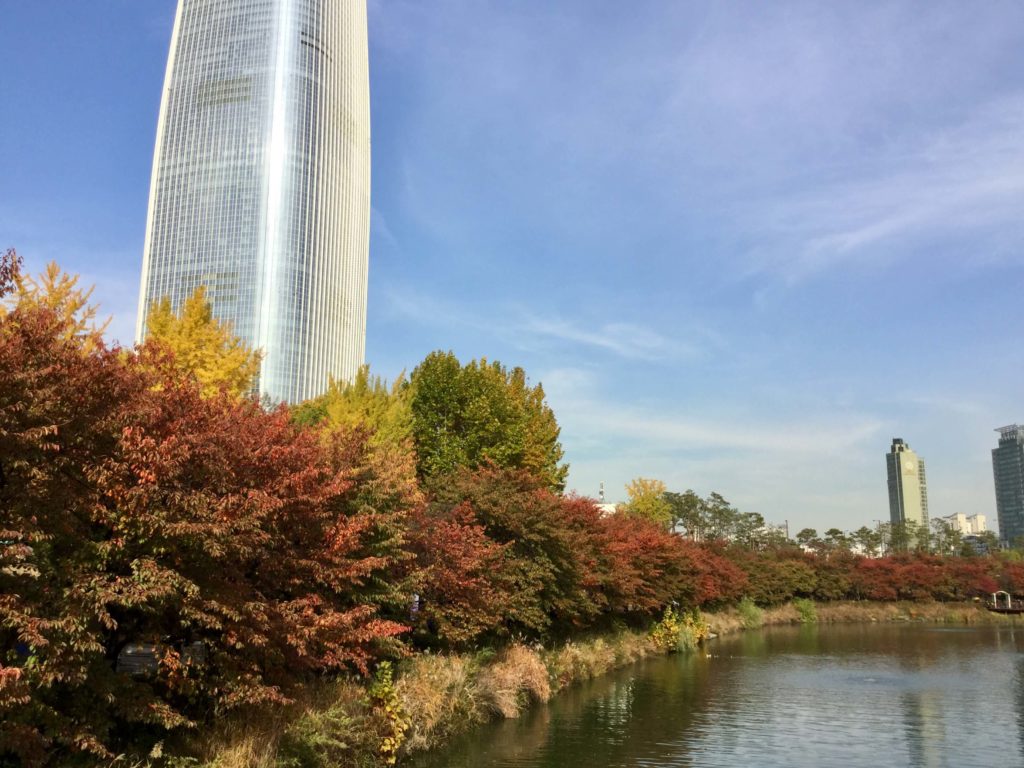 The main landmark in the middle of Seoul, topped off with N Seoul Tower. It’s not so high, but if you’re a little early for the colours at the palaces & parks try Namsan; generally it should be at peak colour around the middle of October: 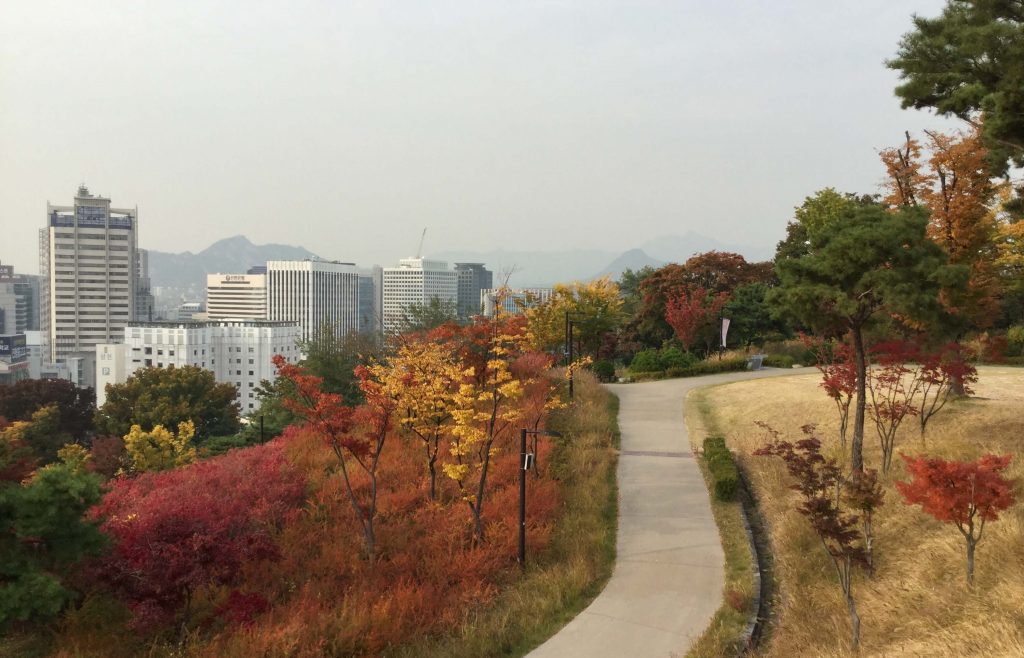 For more on hiking up Namsan see here

If you’re in Seoul in early October you’re probably too early for the places above, but go for a hike up one of the larger mountains around the city like Gwanaksan or Bukhansan and you should see some nice colours. The entire month of October’s pretty ideal for hiking, with the colours working their way down from top to bottom throughout the month and usually nice sunny days with cool air. Any mountain on this list should be good; if you have time to go a bit further afield, Seoraksan National Park (near Sokcho on the east coast) is where most Seoulites go if they can (this does mean you can expect sizeable crowds though – aim to go midweek to avoid the worst crowding). You can book tours to Seoraksan (and a few other famous mountains) here.

These pics are from the Bibong Peak hike, part of Bukhansan park: 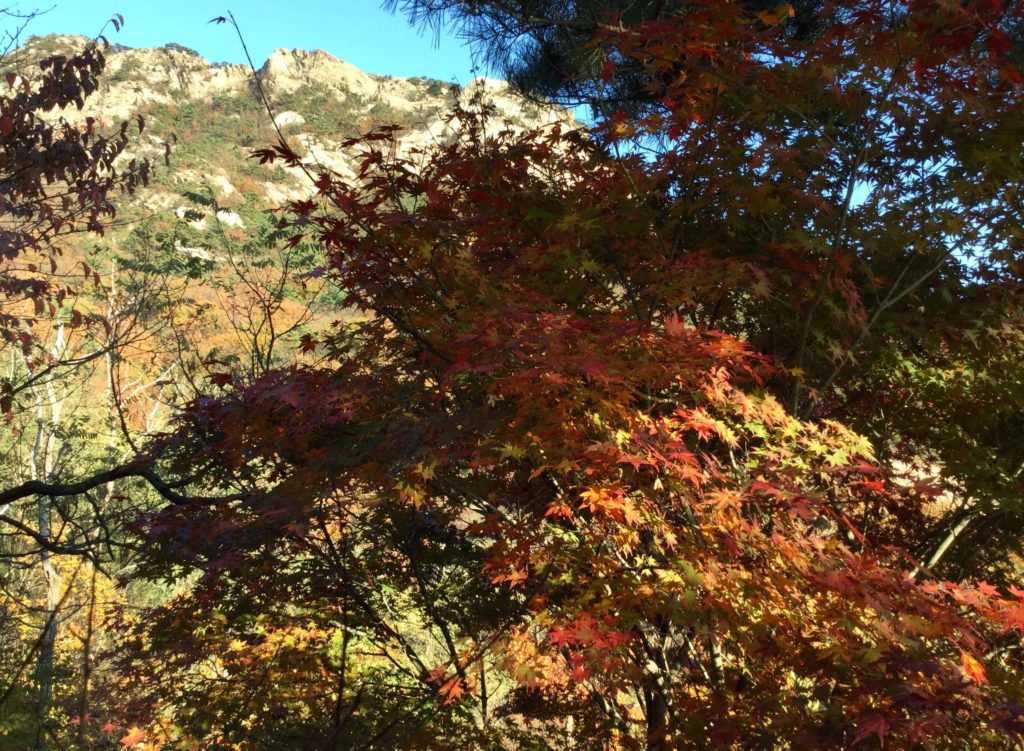 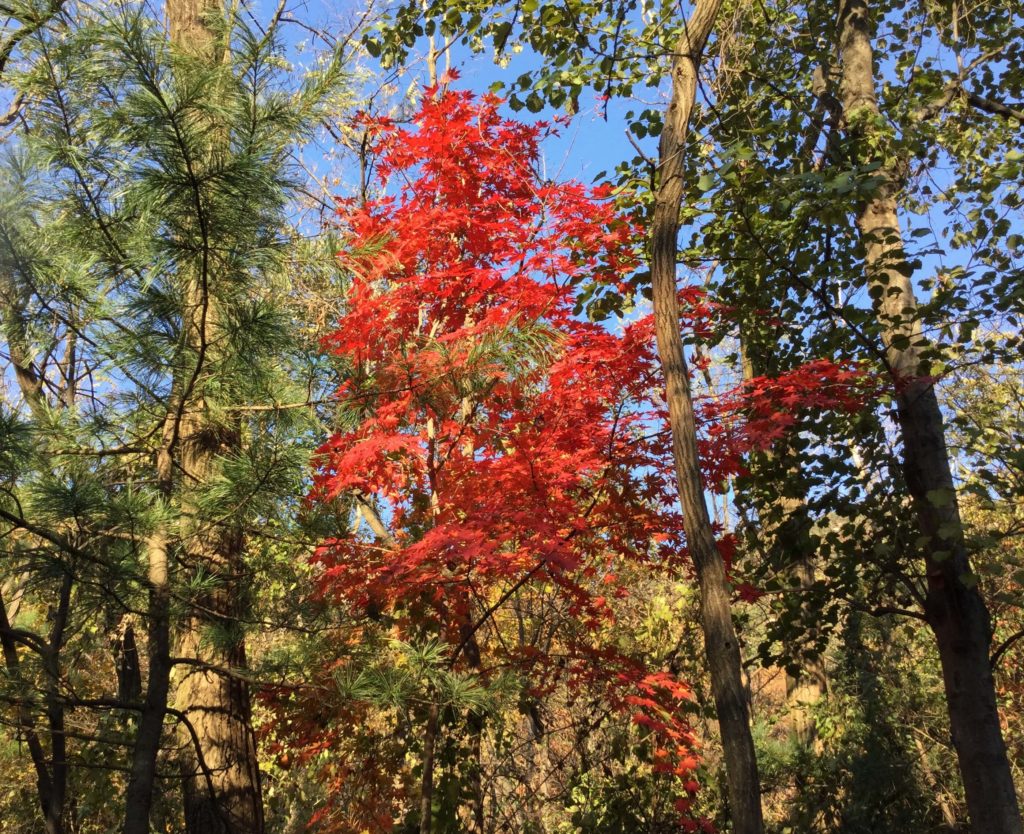 Have you been in Seoul for the autumn colours? How was it? Any questions? Leave me a comment below and I’ll get back to you.

(Search Agoda for hotel deals in Seoul*. Also check out my guides to the best autumn colour spots in Kyoto and Tokyo, and see my Korea overland travel guide. For more Korea posts see here)

*Affiliate link i.e. if you follow the link to Agoda or Trazy and make a reservation, 4corners7seas will receive a commission from them; this commission comes out of their profit margin at no extra cost to you. I only link to products and services I personally know and use; thank you in advance should you choose to support 4corners7seas by using this link