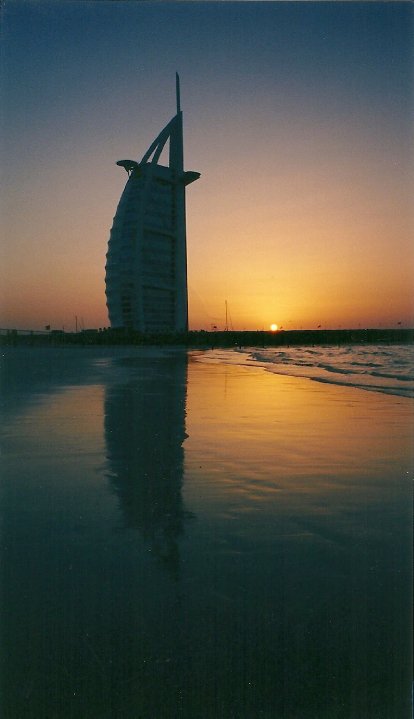 The United Arab Emirates, home to one of the world’s best airlines and busiest hub airports, is a major transit point and an easy place to visit as a layover. It doesn’t work well for long-haul overland routes (see below), but has (somewhat remarkably in my opinion) succeeded in marketing itself as a holiday destination in its own right. I find this quite baffling – it’s conservative and expensive, a place where rape victims get charged as criminals, and a place where the shiny playthings of the wealthy are built on the toil of indentured labourers, and I don’t really see the appeal. But it is hot and sunny, and does have swanky hotels and their private beaches, so if that’s what you’re looking for it delivers in spades. Perhaps most of all, it has an amazing PR machine, buying up top European football clubs, advertising its glitzy shopping malls on CNN, and generally selling itself as a place to go and live it up.

What I will say for it is that I found the Emiratis to be generally very friendly, and we ate some kickass food (plenty of Lebanese restaurants are dotted around and we visited a few of them, which were very good indeed). Anyway, if you’re planning to try and visit UAE overland, the options are limited:

How to travel to and from UAE overland

UAE shares land borders with Saudi Arabia and Oman, with highways connecting it to both. However, it doesn’t really fit in well with long-haul overland travel routes as the strict visa rules for Saudi Arabia mean that most travellers can forget about crossing that border. It’s easy to travel between UAE and Oman (e.g. 5 hours by bus from Dubai to Muscat), but there’s nowhere further to go from Oman as Oman’s other borders are with Saudi Arabia and Yemen (which is a war zone at present)

The one other overland route you could use is the ferries connecting UAE with Iran (Caravanistan has this covered), or you can take the bus (e.g. 3 hours from Dubai) to Khasab in Oman and the ferry to Iran from there (see here). These ferries do make it possible to get to UAE/Oman overland from Iran or vice versa – however, for US, UK and Canadian citizens you’d need an Iranian visa in advance with the requirement that you have a pre-arranged tour itinerary with an official government guide for the whole visit; so for people from those countries, it may therefore be hard to arrive in Iran by sea, though presumably possible to leave that way. The tour has to be booked through an Iranian travel agent, so it’s probably up to them whether they are willing to meet you or wave you off at a seaport.

Despite the close proximity of Qatar and Bahrain, no passenger ferries exist so the only option is a short flight over (note: no flights to Qatar at present due to the political situation). This may change in the not-too-distant future though, with plans afoot to build a railway between the GCC members; if Saudi Arabia allows transit for train passengers, that could eventually make the Gulf states an overland travel option (although again, due to the political situation the Saudi-Qatar border’s closed for the foreseeable future and Saudi Arabia is apparently even considering digging a canal to turn Qatar into an island)

I have to be honest here and say that Dubai wasn’t my cup of tea at all. The only thing I can really think of to list as a highlight was going to the beach and taking a sunset picture of the Burj al Arab (that famous building you always see that’s designed like a ship’s mast and sail – the interior looks pretty amazing too), and there’s plenty of good eating to be had. You can’t really go to the beach along most of Dubai’s shoreline though, because the luxury beachside hotels own the sands they face onto and you need to be a guest to enjoy them. If you are a guest I’m sure it’s lovely though!

Apart from that it’s mostly just looking at expensive stuff, and I’m not much of a shopper and certainly not a millionaire.

Resources and Useful Links for Visiting the UAE

Search for hotel deals in Dubai

World Nomads offer flexible travel insurance that you can buy even if you’re already overseas (this is a key point, as I once learned the hard way when I got pickpocketed in Bangkok)

(This page contains affiliate links i.e. if you follow the links from this page to Amazon, Direct Ferries, or World Nomads and make a purchase, 4corners7seas will receive a commission from them. This commission comes out of their profit margin at no extra cost to you. I’m recommending these products and services from personal experience, and thank you in advance should you choose to purchase them via the above links)