Learning to Dive on Ko Tao 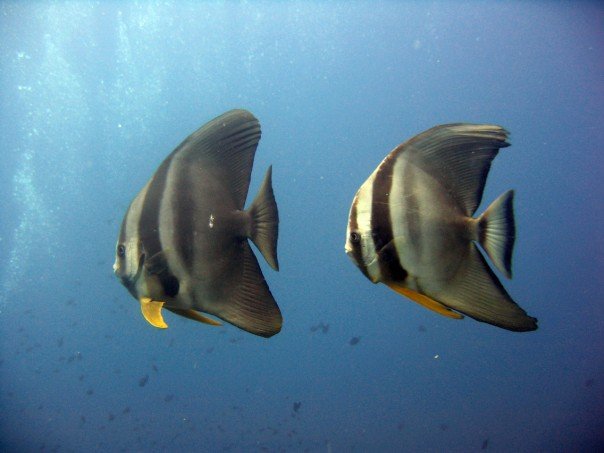 Batfish at Ko Tao (and by far the best underwater photo I’ve ever taken!)

Ko Tao is one of the main stops on the Thai leg of the Banana Pancake Trail, a tiny slice of backpacker party paradise and the place which certifies the second largest number of new Open Water divers per year anywhere on Earth (after Cairns). 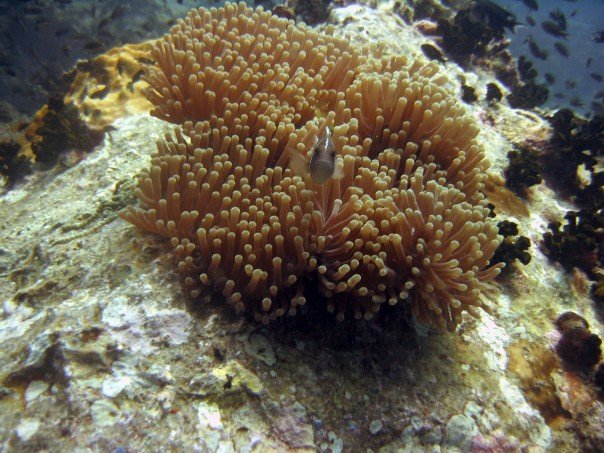 The diving around the island is actually mostly quite mediocre, save for a couple of notable spots; but that’s fine for learning, when the focus is mostly on getting comfortable with the equipment and learning the necessary techniques & knowledge to safely use it.

This video makes it look amazing, so bear in mind it’s a promo vid (none of my dozen dives there have been anywhere near as good as this footage!)

Ko Tao’s diving schools often come in for flak for being too big, too faceless, too crowded, for being a scuba factory just churning huge numbers of poorly trained new divers out and cashing in. However in my experience it was a great place to hang out for a week & learn to dive. My buddy and I stayed at Ban’s, the biggest dive school on the island, and sure enough we had the maximum 8 people in our group – but we also had two highly competent instructors between us, a jovial Dutchman with a Norwegian dive master as his assistant.

They gave us great instruction, made it fun, and were 100% on the ball safety-wise (there’ve been a few accidents in the crowded waters in recent years, so it really is a good idea to go with a reputable dive school) 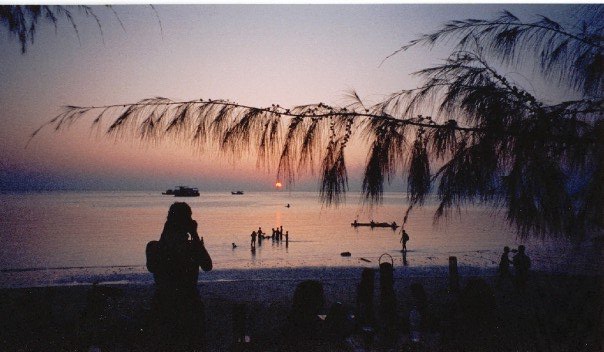 It also happened to be Songkran (Thai New Year) that week, so the beach partying ended up being just as memorable as the diving (think water fights on the beach while pissed up on Sang Som buckets). As noted above, the diving around Ko Tao is nowhere near being the best Thailand has to offer (head to the Andaman Coast for that), but it’s a gorgeous little island with a well-oiled dive school scene and a good party scene, and learning to dive there is a great all-round experience.

It’s also pretty much the cheapest place to get certified, and while you could go and learn in the Red Sea or the Great Barrier Reef, for example, it would be wasted on you during those first few dives. Ko Tao’s a good place to learn, and you can visit more unspoiled & spectacular dive sites later on (the Yongala (Australia) & Liberty (Bali) shipwrecks are the best two I’ve done) 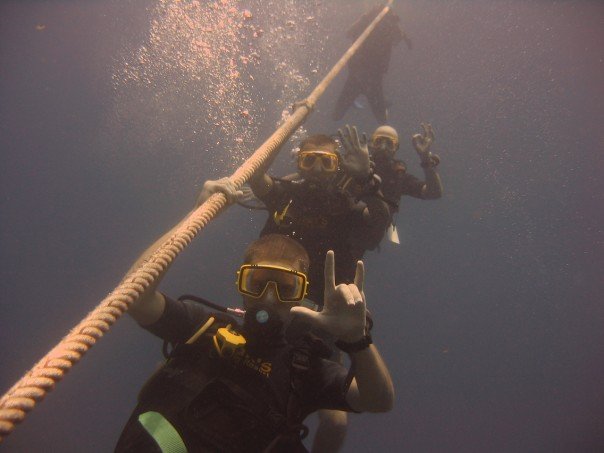 Note: following a double murder in 2014 and a string of other deaths each involving some level of suspicion or rumour of foul play, plus a couple of serious accidents involving divers and boat propellers, Ko Tao has recently been branded by some as Death Island. The subsequent attention has certainly shined a spotlight on some unsavoury characters and ugly business practices behind the paradisical facade. If you consider the stats, 7 or 8 criminal/suspicious/negligent deaths over the last 5 years out of a total of some half-million visitors – and the Death Island moniker seems a bit OTT. But it’s still 7 or 8 too many, and the murder case investigation raised some serious issues with the policing – most observers & commenters argue that two innocent Burmese workers have been stitched up to cover for the crimes of a powerful local. I don’t intend to write a full post on this matter here; suffice to say that the investigation was a shambles and it seems like someone may be disgracefully getting away with murder, but is it safe for you to visit? Essentially, I’d argue that this could’ve happened anywhere in Thailand, so don’t avoid Ko Tao on the grounds of it being more dangerous than other islands – if you don’t think it’s safe there, maybe just don’t visit the islands full stop as they (mostly) all have similar situations behind the scenes. The Thai roads are statistically a far, far greater threat to your wellbeing. See here for more thoughts & discussion (from a Ko Tao resident blogger) on whether it’s safe to visit – short answer, in the vast majority of experiences, yes. If you want to avoid Ko Tao in protest at the likely miscarriage of justice, that’s another matter.

Have you been to Ko Tao? How was it? Leave a comment below and I’ll get back to you.

Search Hotels Combined for rates on the island. We stayed & learned to dive at Ban’s Diving Resort

These are affiliate links i.e. if you use them to book accommodation or purchase insurance, 4corners7seas will receive a commission from – this commission comes out of their profit margin at no extra cost to you. I’m recommending them because I know and trust them from personal use; thank you in advance should you choose to use my links.