Myanmar had long been a roadblock to overland routes between India & SE Asia until it started opening up while becoming (semi-)democratic, and it became a straightforward inclusion for an overland SE Asian itinerary (i.e. Thailand-Myanmar overland). The border with India was also open on an on-off basis for a few years; when open, it allowed for overland travel between India & SE Asia. Unfortunately the military didn’t fully give up its power and started ethnic cleansing campaigns against the Rohingya in Rakhine, so although Myanmar became a practical route it was still a morally dubious one.

Update: the military coup in early 2021 means Myanmar is once again not an option 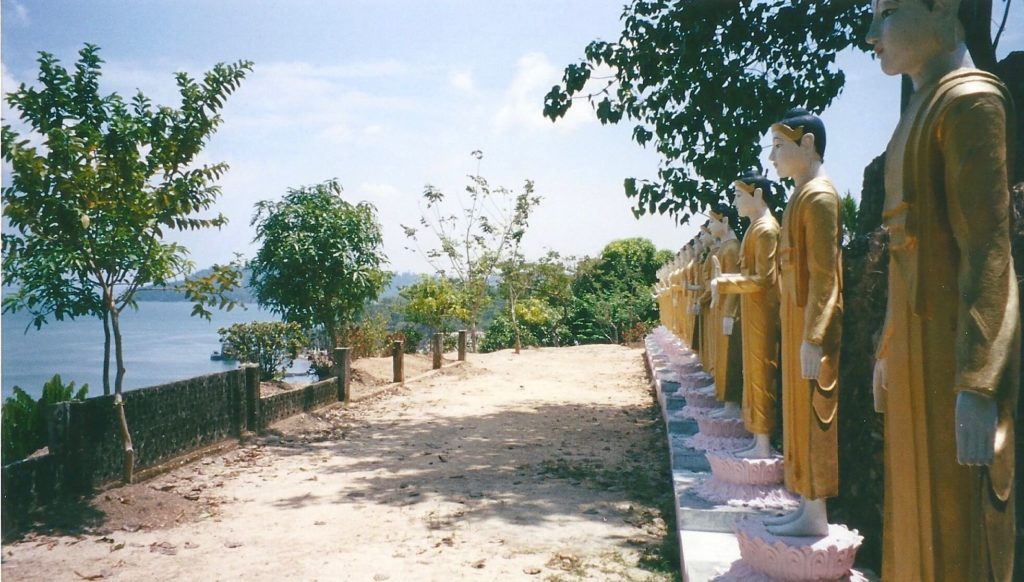 Where I’ve been in Myanmar

I went to Kawthoung, at the southern tip of Myanmar, in 2004 on a one-day visa run from Ranong, Thailand; we’d been hanging around the Thai islands for almost a month scuba diving & partying, and our entry stamps were running out of time. The visa run to Kawthoung has been available for just this situation for many years; stamp out of Thailand, take a longtail boat across the river, check out Kawthoung, and then re-enter Thailand with a fresh stamp to travel further with.

Upon arrival we were greeted and latched onto by a gang of teenage lads waiting around by the pier looking for an opportunity to make a little money. Presumably they did the same thing everyday, and they had their banter finely tuned. They spoke good English and were a lot of fun to chat with as they tried to do a little black market trade, and we were offered bootleg alcohol, various pills, DVDs, and so on. We weren’t interested in any of that, but we took them to a restaurant and then engaged them as guides for the day. They showed us around their town, took us up the hill to the temple, taught us some choice insults (not even sure what language it was!) while pretending to teach us greetings and then giggled as we cheerfully offended various passersby, and were great value for whatever amount of dollars it was we paid them; it wasn’t much as we’d taken very little with us.

It really was a very tantalising glimpse into a paranoid, largely closed state, and I’d love to go back and see it properly – though maybe not while the military still has campaigns of ongoing violence in some corners of the country. 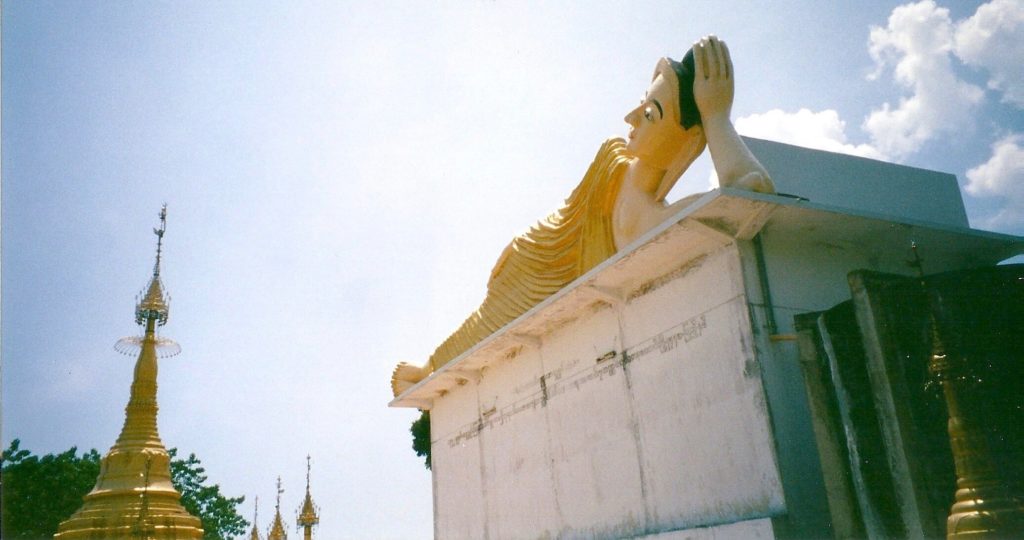 How to travel to and from Myanmar overland

For a long time travel to Myanmar was very restricted; you could cross over visa free from Thailand to Kawthoung at the far southern end of their shared border or to Tachileik at the far northern end of their shared border, but you could only stay for a day or two and then go back; with an advance visa you could visit the main draws like Yangon, Mandalay, and Bagan, but you had to arrive by international flight (or a domestic flight from Tachileik or Kawthoung after crossing in by land). In other words, until a few years ago overland routes through Myanmar didn’t exist.

These days there are four full international border crossings between Thailand and Myanmar; as long as you have a Myanmar visa, you can travel there overland from Thailand. When the India border also fully reopened it enabled overland travellers to traverse Myanmar once again. The other borders remained closed all along, the India & Thai borders were closed again by covid-19, and since the 2021 coup you should probably forget about Myanmar for the time being.

Completely closed; it’s a conflict zone and you can’t go anywhere near it.

Myanmar used to be the missing link in the overland route from India to SE Asia, then for a few years it became possible to cross in both directions with a special permit from MTT (Myanmar Travel & Tourism) allowing overlanders to travel between India and Thailand through Myanmar.

In mid-2016 the Burmese government abruptly closed this border again, before re-opening it with a new restriction – the MTT permit still applied but was only being issued to those entering and leaving via Moreh, effectively blocking the overland route again.

The rules then changed several more times, often at very short notice, at one point requiring travellers to book expensive fully escorted vehicle convoy trips to get the permit. I don’t suggest reading it all but check out this epic Lonely Planet thread of backpackers trying to work out the puzzle; there are several years worth of posts there! That’s out of date now though – this thread overtook it as the most up-to-date source of information for this route.

Eventually the border officially opened in both directions with no more special permits required beyond the usual tourist visas, until closed again by covid-19 and then the coup.

Violence never really stopped in this border region, it just slowed down with sporadic flare-ups e.g. battles on the road to Lashio and in the border town Muse, so it wasn’t a viable option even before the coup.

Myanmar shares a fairly short river border with Laos, the two facing each other across the Mekong, which can be crossed by way of the Myanmar-Laos friendship bridge. This bridge was actually completed in 2015 and scheduled to open in 2016, but due to disputes over border demarcation and management it didn’t open until late 2018.

The route it opened up is from Tachileik to Laos’ lovely Luang Nam Tha province; from Tachileik it was still only possible to travel elsewhere in Myanmar by air due to roads in & out being blocked to foreigners, but was easy to cross between Tachileik and Mae Sai in northern Thailand. So it gave us an interesting little route between Thailand and Laos via a corner of Myanmar i.e. Chang Rai- Mae Sai- Tachileik- Luang Nam Tha (or vice versa)

Again, following the coup, forget it.

This is by far the easiest option. The main crossings from Thailand are at Mae Sot and Mae Hong Son; Kawthoung remains a crossing point, but now without the old restrictions on onwards overland travel, and Tachileik also remains a crossing point but with the onwards travel restriction still in place i.e. you can only fly from Tachileik to the rest of the country. It isn’t necessary to leave at the same border you arrived through and no additional permits are necessary beyond the standard tourist visa.

As things stood before covid-19 and the coup it was possible to travel overland across Myanmar between Thailand and India, the missing link opening up some interesting overland possibilities, while the new bridge over the Mekong to Laos also allowed for Thailand-Laos overland via Tachileik.

However the Bangladesh and China routes remained impassable due to ongoing violence in those areas – including ethnic cleansing against the Rohingya, making it a questionable decision to even visit Myanmar at all.

These days you can book most popular domestic road & rail journeys online here (also decent for domestic & international flights), but again following the coup you should probably forget about backpacking in Myanmar for the forseeable. 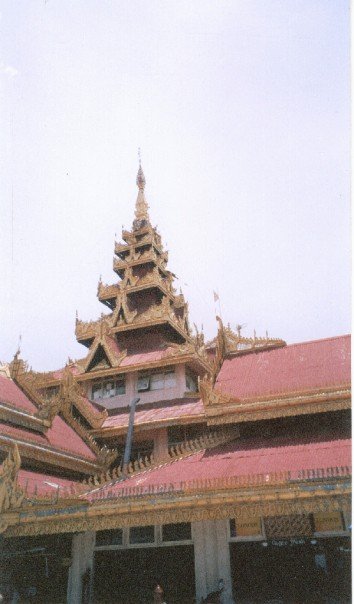 The only place I can talk about from personal experience is Kawthoung – and, as interesting as it was to go there, I don’t think it’s a place that would make it onto the Myanmar highlights reel! So here’s a list of the places I really want to go in Myanmar:

Bagan, the greatest concentration of Buddhist pagodas in the world.

The old Burma Road, en route either to or from China. The scenery looks great, and the road’s of historical significance as an important Allied supply route to the Chinese government in Chongqing during WWII – this was a major strategic target for Japan’s invasion of Burma.

Search for hotel deals in Myanmar

World Nomads offer flexible travel insurance that you can buy even if you’re already overseas (this is a key point, as I once learned the hard way when I got pickpocketed in Bangkok)

For more detailed destination info, check out the Myanmar section on the excellent Travelfish.

(This page contains affiliate links i.e. if you follow the links from this page and make a purchase, 4corners7seas will receive a commission from them. This commission comes out of their profit margin at no extra cost to you. I’m recommending these products and services from personal experience, and thank you in advance should you choose to purchase them via the above links)