↓ Skip to Main Content
Home › Japan › Hokkaido › My 0.5 Seconds of Fame: The Time I Appeared in a Japanese TV Commercial!

My 0.5 Seconds of Fame: The Time I Appeared in a Japanese TV Commercial!

I was in Sapporo for the ski season, filling my boots with Hokkaido’s legendary powder snow. The snow was so good I rather fancied another season, and was looking for a job as an English teacher to stay for the summer and the following winter. I didn’t land one as it turned out (due to visa issues) and left town at the end of the season, but in the meantime I did some odd bits and pieces of work. Namely, teaching private English lessons in coffee shops, working in a funny little bar in Susukino (despite being an experienced bartender, I was employed (at a very low rate) to simply chat to the customers in English and drink with them), and being an extra in this Aquarius commercial:

(That’s not my Youtube video by the way; it was clearly uploaded by someone else in it, but I don’t know who)

The product being advertised was a Japanese sports drink called Aquarius, and the star was Daisuke Matsuzaka, a Japanese baseball player who was a star pitcher in American Major League Baseball at the time.

They filmed this in Sapporo Dome, but I guess they wanted it to look like the States so they’d hired a team of semi-pro US players to be Daisuke’s teammates and they hired pretty much every foreigner living in Sapporo to be the crowd.

So myself and a few buddies signed up, with 20,000 yen (200 US dollars at today’s exchange rate, though more like 150 at the time) seeming like easy money for being a foreigner in a baseball seat for a day, with free food thrown in to boot.

It was a long day, and our job involved screaming and shouting for a few seconds when they did each take, with a whole lot of sitting around chatting between takes. When I was an extra in Vancouver a couple of years later, the experience again was mostly sitting around waiting and chatting, and I think that’s pretty standard for being an extra (this was captured nicely by Ricky Gervais in the TV show Extras).

It was mostly a pretty boring and tedious experience, the highlights being the free food (we were served decent bento boxes for breakfast, lunch, and dinner), having a kick around on the pitch during the breaks (this was the same pitch England beat Argentina on at the 2002 World Cup), and the amusingly chaotic scenes when we all had to shuffle around to a different section of seats whenever they changed the camera angle (we were only enough people to fill one section). But, really, it was mostly like being paid to be bored.

And then, randomly, for the final shot of the day they said they needed 4 guys to portray a media crew, picked me & my friends out, and gave us press jackets to wear and camera equipment as props. This was it, our big break!

Well, not really. In the final edit I got about 0.5 seconds of screen time, and you can’t see my face! But that’s me: 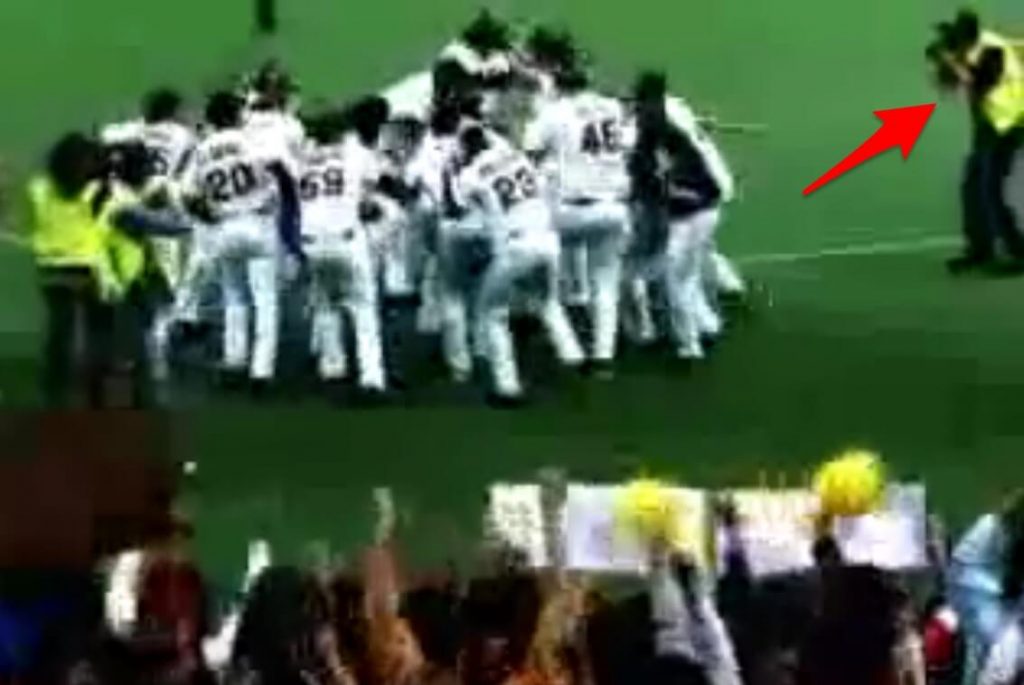 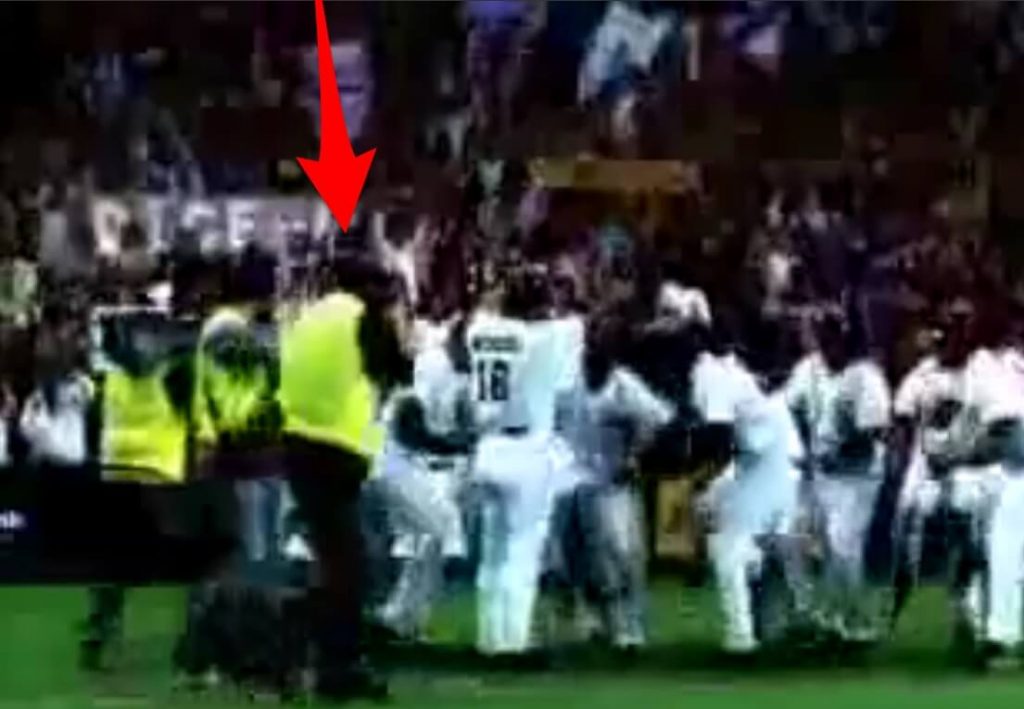 Woohoo, my 0.5 seconds of fame! And I got to say hello to Daisuke Matsuzaka and stand a few feet from him, but to be honest I had absolutely no idea who he was and I really couldn’t give a shit about baseball anyway so whatever.

If you want to try this sort of thing in Japan, first of all you’ll need to go there with a working holiday visa; once there, Tokyo has a few agencies you can sign up with, and you might get the odd gig. It’s pretty boring, but it’s easy money and it’s kind of interesting to see how it all works; just don’t be expecting to score your big break as a model – foreigners who do make it as models in Japan are generally already active in the industry, with portfolios of work at the outset.