It’s been a couple of years now since I launched this blog, yet I’ve been so busy catching up on writing posts from many years of earlier travel that I’ve largely failed to write posts updating where I actually am and what I’m actually doing. So with that in mind, here’s an update on my movements last year and so far this year. I spent most of 2018 in Korea & Japan, though that wasn’t originally the plan – I was in Korea for the Pyeongchang Winter Olympics and running my website about snowboarding in Korea, expecting to leave after the season finished and go back to Taiwan. But then I crashed off a jump and fractured my wrist, and ended up at my brother’s in Australia for surgery & recuperation instead (full story here) – but with all my shit left with friends back in Seoul.

So when I left Australia I went back to Seoul to round up my belongings, entering on a fresh 3-month entry stamp; my arm needed a few months to fully heal so I used all 90 days in Korea to allow for that before heading to Japan to research my new website (a guide to Japan for rugby fans heading to this year’s World Cup there), then bounced back to Korea (as I’d left all my bulky stuff there again) before a 2nd research trip to Japan (to visit the Kamaishi rugby stadium once it finally opened), and then back to Korea again because another ski season was rolling around already – a season which just ended in a couple of broken ribs. Seems I’ll never learn!

It was great to be travelling in Japan as a tourist again (rather than stuck in the ESL classroom), and the stadiums are an impressive bunch: 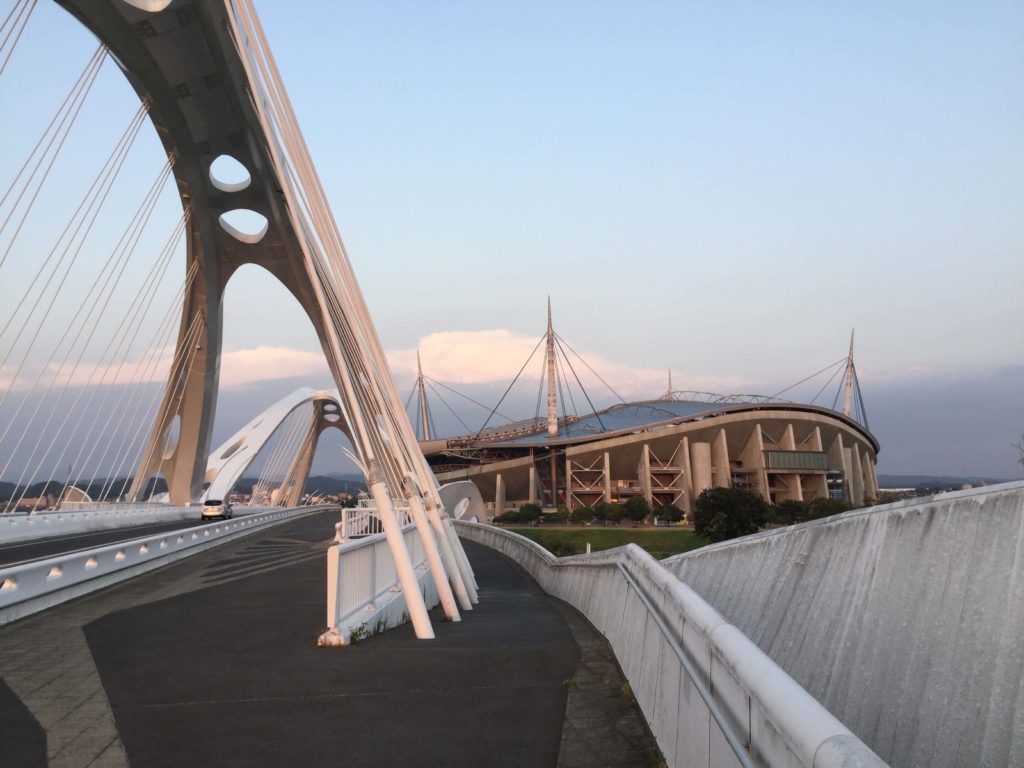 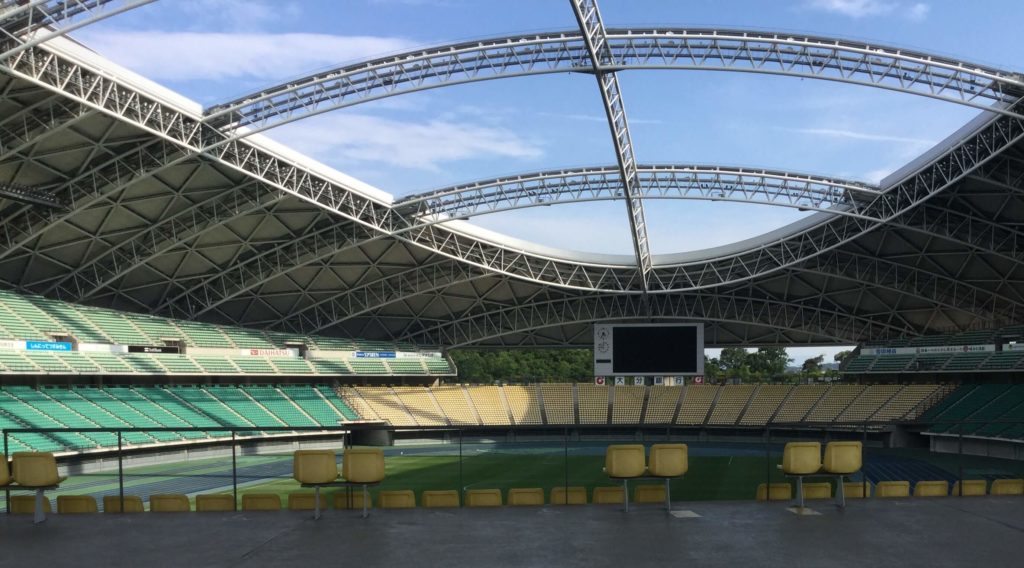 Check out my site Rugby Guide Japan for more info about them and the host cities.

Over the two visits combined I went to Fukuoka, Oita, Kumamoto, Hiroshima, Kobe, Osaka, Kyoto, Toyota, Shizuoka, Yokohama, Tokyo, Kumagaya, and Kamaishi. It was a lot of ground to cover and I got extensive use out of a few JR Passes in doing so.

I actually stopped in Osaka for a full month of old stomping grounds, old friends, delicious food, and long summer nights watching the FIFA World Cup live from Russia, and spent about 3 weeks all together in Tokyo likewise stomping old grounds with old friends.

I did some hiking in Kyoto on the second visit to get some decent photos to replace the shitty old ones on a couple of my hiking pages (namely the Shogunzuka and Kami Daigo hikes), and the damage to the forest from Typhoon Jebi (the strongest to hit Japan in 25 years) two months earlier was incredible (for more pics see here): 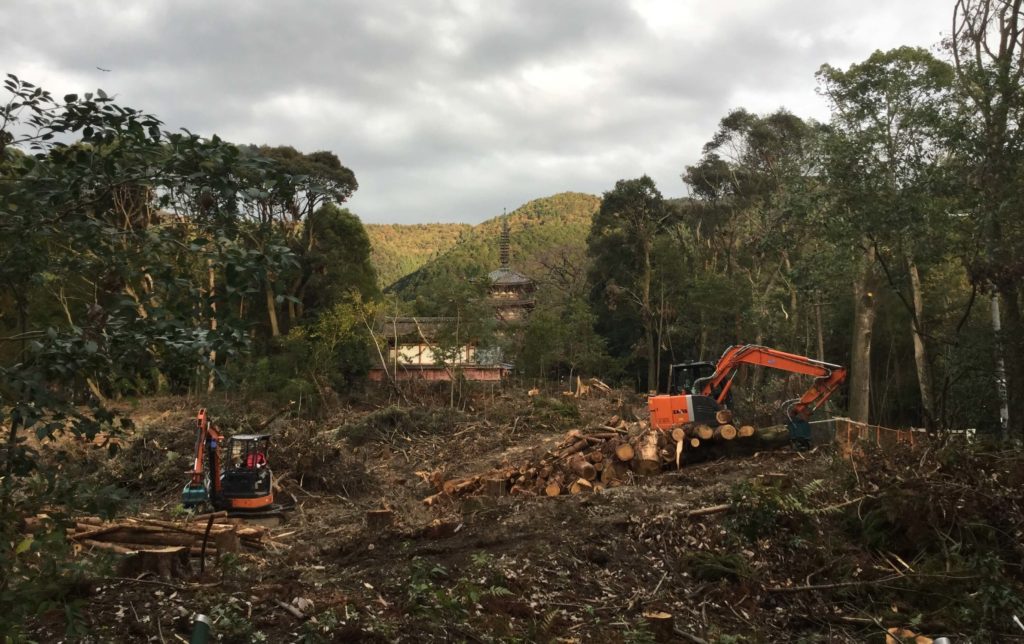 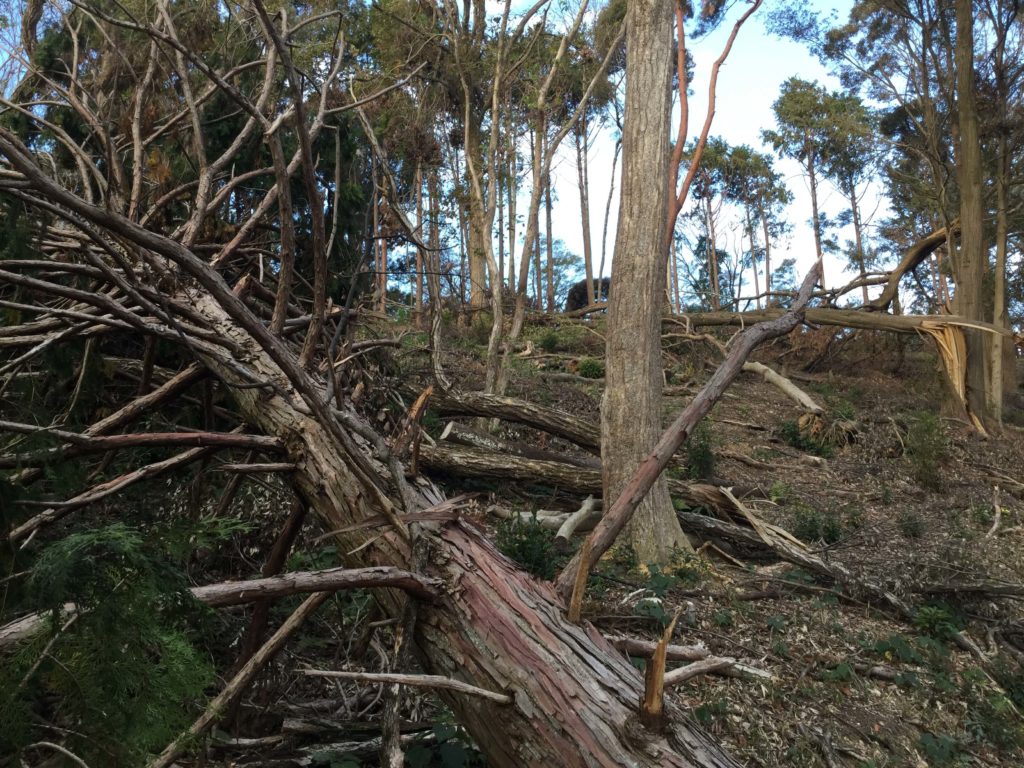 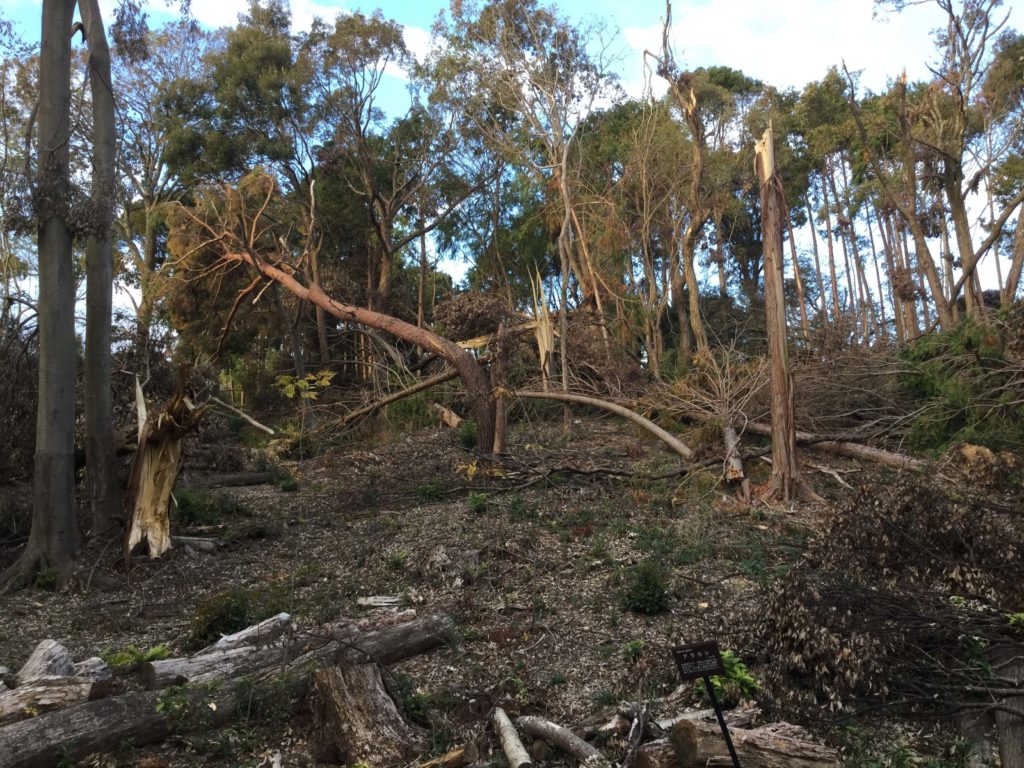 I also squeezed in a quick return visit to Ishinomaki & Onagawa, the towns where I’d volunteered after the 2011 tsunami. It was so good to see them back on their feet, with Onagawa in particular having done a really good job of rebuilding – one of my old volunteer friends now has a bar in Onagawa’s handsome new waterfront shopping precinct: 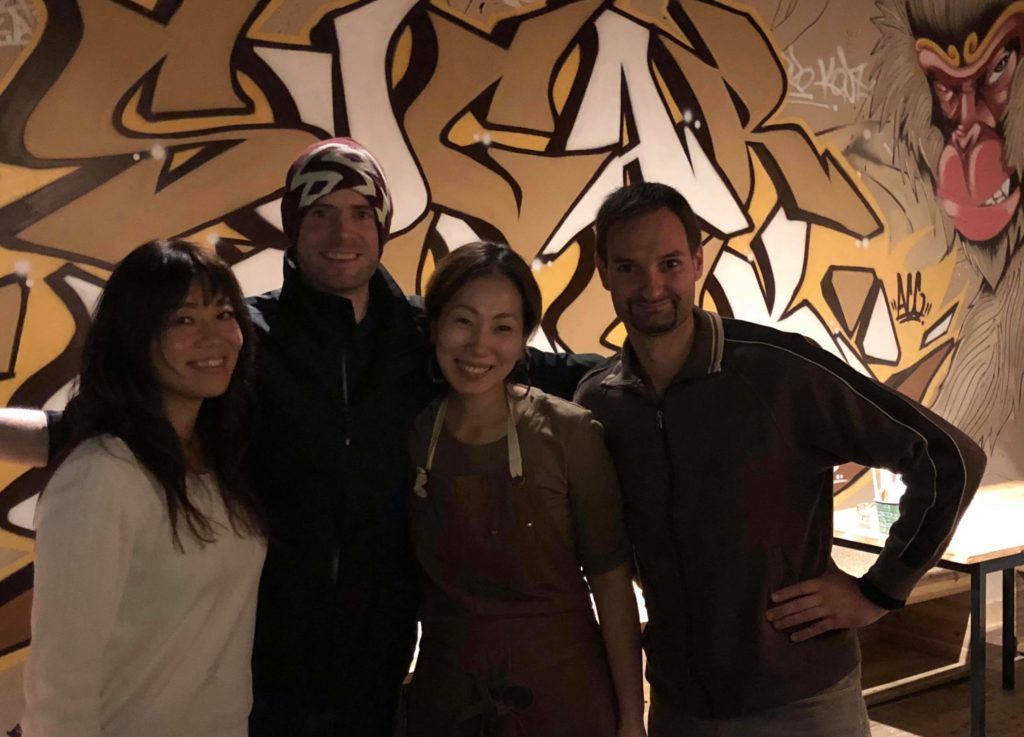 Catching up with friends in Onagawa

I always encourage readers of my blog who are planning trips to Japan to try and include Tohoku – see here for some regional highlights, and read about my volunteer experiences here.

So then it was back to Korea for the ski season, another crash off a kicker and a couple of broken ribs; no surgery required this time, but an obvious time to call it a day in Korea. Now I’m finally back in lovely Taipei to get my head down for 6 months of hard blogging work until the Rugby World Cup.